When Jack Cheng was a baby, his parents Patty and Liang moved from China to Texas, and left him with his grandparents in Tianjin for six years. Patty, an engineer, and Liang, a photographer, wanted to be financially secure enough to raise Jack and, later, his little sister Annabel, in the U.S. In Simon Han’s searing debut novel, Nights When Nothing Happened, Jack is now a sixth-grader in Plano, Texas. His parents chose the Dallas suburb because of its low crime rates and good schools. But as Jack enters middle school and his family inches closer to achieving the American Dream, Han asks a timeless yet urgent question: Is it possible to feel truly safe in a place that wasn’t made for you?

Han works toward an answer by moving between the perspectives of the Chengs as they go about their daily lives: stuck in traffic, sitting in a classroom, playing on the monkey bars. Jack’s voice is the most affecting. The time apart from his parents in his formative years has left him untrusting, particularly of his father. Nights are long and restless for the 11-year-old, who feels protective toward 5-year-old Annabel. She’s been sleepwalking—a lot.

Gently, Han pulls the strings of each family member, moving them further from one another, to reveal the cracks in the unit. These fissures do not appear too wide to overcome, until a series of misunderstandings threatens to implode the Chengs’ delicate stability.

To describe the event that causes things to unravel would do a disservice to Han’s expert pacing. Throughout Nights When Nothing Happened, Han lingers in stillness, underlining moments of unease and sadness. While Patty watches her husband and children interact, whether they’re passing each other in the hallway or keeping quiet at dinner, she’s forced to ask herself what the silence means. In delivering these small but crushing observations, Han continuously asks if Patty’s and Liang’s sacrifices were worth it.

The biggest misunderstanding of all, which occurs at a party celebrating the most all-American of holidays, Thanksgiving, blows up the Chengs’ status in their community. The family is forced to regain the trust of those around them—trust they never should have lost—all while learning to afford one another the same. 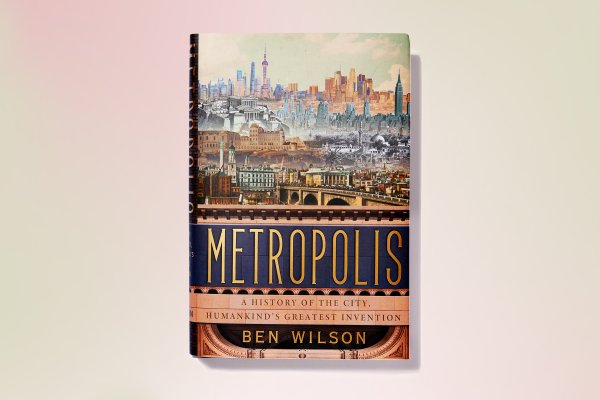 Ben Wilson's Metropolis Makes the Case for Crowding Into Cities — Even During a Pandemic
Next Up: Editor's Pick