Abortion rights supporters and anti-abortion advocates demonstrate in front of the the Supreme Court during the 47th annual March for Life on Jan. 24 in Washington, D.C. in decades on the controversial subject of abortion.
Olivier Douliery—AFP/Getty Images
By Abigail Abrams

Abortion rights were on the ballot in two states on Election Day, and the results went in opposite directions.

In Louisiana, voters approved a measure that will amend the state’s constitution to read that it does not guarantee the right to abortion or the right to funding for abortions. In Colorado, voters rejected an initiative that would have banned abortions at 22 weeks of pregnancy.

The moves come as the fight over the future of abortion in the United States escalates. Many states have proposed increasingly restrictive abortion limits in the past few years, sometimes with the explicit strategy of hoping their law could end up before the Supreme Court and force a ruling that could help overturn Roe v. Wade, the landmark 1973 law legalizing abortion. With Justice Amy Coney Barrett’s confirmation to the Court last month raising further speculation that Roe could be overturned, these results provide a glimpse into what abortion law could look like without nationwide protections.

Louisiana’s Amendment 1, which was approved by 62.1% to 37.9%, according to the Associated Press, is not the first time a state has amended its constitution in this way. Alabama and West Virginia passed similar constitutional amendments in 2018, and Tennessee did so in 2014.

The Louisiana amendment won’t change much immediately. The state already has what is known as a “trigger law,” which would ban abortion if Roe v. Wade is overturned, and this new language will make it more difficult to challenge that ban—or other future abortion restrictions—in court.

Challenges over abortion law are frequent in Louisiana. In June, the Supreme Court struck down another Louisiana law that required doctors who perform abortions to have admitting privileges at a nearby hospital, but left open the possibility for future limits to be upheld.

“Louisiana has been used as a testing ground for anti-abortion policies and tactics for decades now,” says Steffani Bangel, executive director of the New Orleans Abortion Fund. Louisiana has passed 89 abortion restrictions since Roe, more than any other state, and has just three abortion clinics remaining in the state. Bangel also said she expects to see opponents of abortion use the constitutional amendment strategy in other states too. “I can guarantee that you will see this sweeping across the South, sweeping across the Midwest,” she says. “That creates a really dangerous precedent in the possibility of a post-Roe world.”

In Colorado, anti-abortion groups were hoping to ban the procedure after 22 weeks gestation with only one exception: if “an abortion is immediately required to save the life of a pregnant woman.” This meant that there would be no exceptions for rape, incest, fetal anomolies or the health of the pregnant person.

However, voters rejected the ballot initiative 59.1% to 40.9%, according to the AP. Coloradans have voted down the last four ballot measures to restrict abortions in the state, but polling had been close heading into Election Day.

Like the Louisiana measure, this proposition had national implications, too. Abortions later in pregnancy are extremely rare, with just 1.2% of abortions taking place at or after 21 weeks, according to the Centers for Disease Control and Prevention. They are often difficult to obtain, as the procedure is expensive and offered by a small number of abortion providers. Colorado is one of just seven states that does not have a gestational limit on abortion, according to the Guttmacher Institute, a research center that supports abortion rights, so people from across the country travel there to access the procedure out of necessity. Last year, 11% of abortions in Colorado were for patients from 30 other states, according to the Colorado Department of Public Health and Environment.

If the ban had passed, advocates were particularly concerned about the impact it could have had on already vulnerable communities. “Any kind of bans or attacks or limits disproportionately impacts black and brown women and young people,” says Dusti Gurule, executive director of Colorado Organization for Latina Opportunity and Reproductive Rights (COLOR), which was part of a coalition opposing the proposition.

More than 20% of Colorado’s population is Hispanic, according to Census data, and that community already faces many barriers in accessing health care. Banning abortion at 22 weeks would have made it even more difficult for people who do not have extra income or cannot take time off work to travel to access the procedure, Gurule says. People in Colorado currently have to travel an average of 15 miles to access later abortion services, she said citing Guttmacher research, and the ban would have increased that to nearly 450 miles.

The measure’s defeat in Colorado represents a win for reproductive rights supporters, but the high stakes also serve a reminder of how the abortion landscape will continue to change state by state. If more states take Louisiana’s lead and if Roe is eventually overturned, people seeking access to abortions will rely even more heavily on states like Colorado going forward. 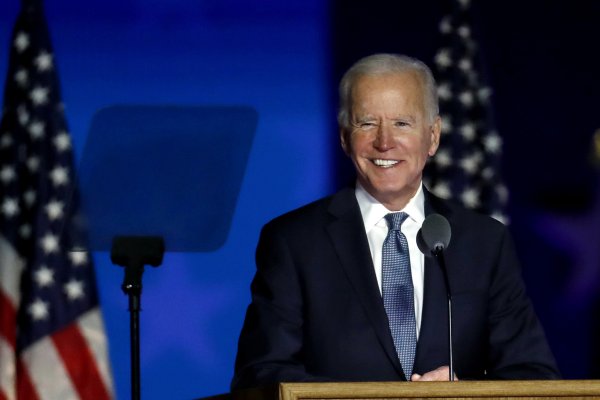