States Want to Approve COVID-19 Vaccines Themselves. Will That Lead to More Trust—Or Less?

Getting a COVID-19 vaccine—and fast—has been a main focus in the fight against the coronavirus. But when a vaccine is ultimately made available to the American public, California Governor Gavin Newsom said at a press conference last week, another factor will come into play: what he called the “speed of trust.”

“You have to have confidence in the efficacy of the vaccine, confidence that we’re not rushing to judgment in terms of its distribution and its accessibility,” said Newsom. His comments came while announcing that his state is convening a scientific review panel to double-check the U.S. Food and Drug Administration’s data regarding any eventual coronavirus vaccine before it is available to Californians. In the following days, leaders in Washington, Oregon and Nevada announced that they were joining California’s team; New York laid out a similar plan in September.

Leaders in these states view the move as a way to ensure whatever COVID-19 vaccine eventually arrives is safe and effective for their residents—a potential counter to fears that the federal government, under the Trump Administration, is rushing the process for political gain. Those concerns are only growing as we get closer to the potential arrival of a vaccine—only 58% of Americans said in early October that they’d be willing to get a COVID-19 vaccine as soon as one’s available, according to a recent STAT-Harris Poll, down from 69% in mid-August. A vaccine could be available in the U.S. as soon as January, at least for some vulnerable groups, if all goes well, with a wider rollout over the following months.

Many public-health experts say these states’ efforts may pay off. Trust is essential for ensuring vaccine adoption, and hearing from multiple credible sources that a shot is safe can be especially convincing, they say. While getting people to take any new vaccine can be a challenge, a number of recent incidents, including U.S. President Donald Trump’s attacks on scientific experts and his promotion of unfounded COVID-19 treatments like hydroxychloroquine, are significantly complicating pro-vaccination efforts.

“What we’re hearing is that individuals feel that the process has been tainted,” says Rupali Limaye, an associate scientist at Johns Hopkins Bloomberg School of Public Health. “Having an independent agency or board review the safety data would go a long way in actually restoring some confidence.”

However, the states’ plans could backfire. The mere existence of these review panels could potentially signal to some vaccine skeptics that there is indeed good reason to be concerned. Moreover, some experts are worried about what might happen if a vaccine is green-lit at the federal level, but then shot down by one of the state groups.

“I am very concerned it will further undermine the FDA and trust in their decision-making,” says Sandra Quinn, professor and chair of the department of family science at the University of Maryland. “It’s the ‘what if’ that could be worrisome.”

In the meantime, Quinn argues that the responsibility is still on the FDA and the pharmaceutical companies making COVID-19 vaccines to follow proper procedures and ensure that approved shots are both safe and effective. “We’ve got to be as confident as we could possibly be, because if we get this wrong, the consequences are really dire,” she says. 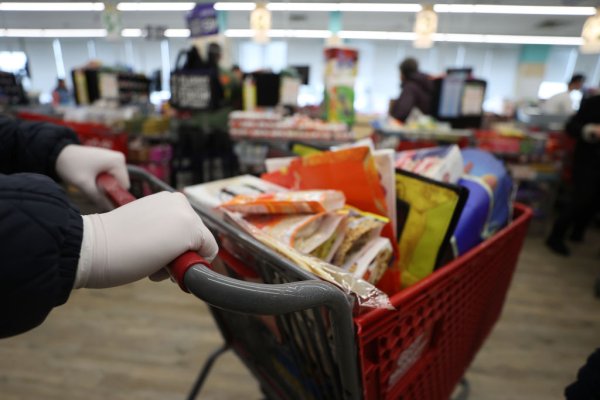 The Pandemic Is Costing Americans More Money Than Official Numbers Suggest
Next Up: Editor's Pick