'It's Just a Giant Bummer.' Some Dodgers Fans Let Down by Justin Turner's COVID-19 Selfishness

Justin Turner #10 of the Los Angeles Dodgers and his wife Kourtney Pogue, hold the Commissioners Trophy after the teams 3-1 victory against the Tampa Bay Rays in Game Six to win the 2020 MLB World Series at Globe Life Field on October 27, 2020 in Arlington, Texas.
Ronald Martinez—Getty Images
By Sean Gregory

As Vanessa Tyson watched the final out of the 2020 World Series from her childhood home in Whittier, Calif., the moment overwhelmed her. Tyson, 43, is a lifelong fan of the Los Angeles Dodgers. As a kid, the Dodgers ruled Tyson’s universe so much so that she just assumed that Dodger Dogs, the 10-inch slab of pork devoured by fans at Dodger Stadium, were sold at stands the world over.

She’d been waiting 32 years, since 1988, to savor another World Series win. Tuesday’s victory meant even more to her as she watched it with her 73-year-old mother, also a huge Dodgers fan. She couldn’t help but wonder if this be the last chance they’d ever have to bond over a championship.

Tyson couldn’t control her tears of joy as the Dodgers celebrated near the pitcher’s mound. She blasted Randy Newman’s “I Love L.A.” in the house. Then she found out that one of her favorite players, Dodgers third baseman Justin Turner, left the game in the eighth inning because he tested positive for COVID-19. “You’re like, oh, God,” says Tyson, a politics professor at Scripps College in Claremont, Calif. “Your heart sinks.”

But soon afterwards, Tyson spotted Turner on the field celebrating with his teammates, at times without a mask. She froze in disbelief. Horror replaced her happiness. “It went from my heart sinking with sympathy, of feeling, ‘this is awful,’ to seeing him on the field, and being incredulous,” says Tyson. “It just led to a further roller coaster of emotions. Wait, no. This is awful.”

Turner’s actions overshadowed what should have been a euphoric moment for baseball: being able to crown a World Series champion during a pandemic. Despite suffering a slew of COVID-19 cases as an abbreviated season started this summer—leading to questions as to whether the sport would shut down—Major League Baseball somehow made it to the finish line. But COVID-19 proved once again that the disease won’t go away quietly. That it’s in no way rounding any corner.

Turner put on full display—days before a presidential election that will serve as a verdict on American leadership during a pandemic that has killed nearly 230,000 Americans—the decisions we all face every day. Do we change our behavior? Or stubbornly refuse to shut down? Now more than ever, grappling with COVID-19 is our national pastime.

Turner chose self-interest, and a reasonable person could sympathize. Who wouldn’t want to celebrate with their teammates after achieving a lifelong dream? But then you consider sacrifice. During these past few months, children have given up going to school in the name of safety. People have lost jobs and businesses. Weddings have been cancelled. Families haven’t been able to hold the hands of their loved ones in the final moments of their lives.

So a baseball player could have skipped potentially turning a World Series celebration into a superspeader event. “It’s a moral failure,” says Paula Cannon, a professor of microbiology at the University of Southern California’s Keck School of Medicine. “It’s actually saying his desire in that moment to be part of his team is in some ways more important than my desire to be at my daughter’s wedding, or your desire to visit your grandma at Thanksgiving. It actually kind of smacks of elitism. Because we make our athletes elite, maybe we shouldn’t be too surprised by that behavior. But we can be disappointed. And I think it’s just a reminder that, you know, maybe we’re not all in this together.”

Major League Baseball says it’s investigating the incident. “It is clear that Turner chose to disregard the agreed-upon joint protocols and the instructions he was given regarding the safety and protection of others,” the league said in a statement released Wednesday. “While a desire to celebrate is understandable, Turner’s decision to leave isolation and enter the field was wrong and put everyone he came in contact with at risk. When MLB Security raised the matter of being on the field with Turner, he emphatically refused to comply.” TIME’s request for an interview with Turner, sent via a representative, has not yet been answered.

Cannon, an infectious disease expert, notes that the Dodgers could still escape catastrophe. Turner had already been bubbling with his teammates while he was infected, potentially mitigating the incremental damage he may have inflicted on players during the celebration. Plus, he was outdoors, where the virus doesn’t spread as effectively. Still, there’s evidence that additional cumulative exposure over a small period of time increases overall risk of transmission, so once someone knows they’re positive for COVID-19, the right thing for them to do is to immediately self-isolate.

At the very least, Turner was sending a potentially harmful message. “Thanks to everyone reaching out!” Turner wrote on Twitter early Wednesday morning. “I feel great, no symptoms at all.” That tweet alarmed Cannon, who felt Turner was implying an unfounded view that because he was asymptomatic, he was less likely to spread the disease. “It’s such a red flag for me,” Cannon says. “It’s like, ‘holy crap.’ I’d rather hang out with him a week from now rather than the first day or so of him getting this infection. If there’s a teachable moment in this, it’s to remind people that you are at your most infectious in the 24 hours or so before you may develop symptoms. People who don’t develop symptoms can be fully infectious.”

The Dodgers also failed to step up as an organization. After the celebration Andrew Friedman, the team’s president of baseball operations, cited Turner’s oversized impact on L.A.’s success since he joined the team in 2014; the Dodgers have won their division every year the fiery redhead has been on the club. “I think for him, just being a free agent, not knowing exactly how the future is going to play out, I don’t think there was anyone that was going to stop him from going out,” Friedman said.

But Cannon sees this as a weak excuse. “You take your car keys off your son celebrating his 21st birthday who’s drunk. You don’t say, ‘you’re only 21 once and yeah, that car I bought you is awesome,'” says Cannon. “Maybe if there had been a grown up there, somebody who was actually charged with compliance who was taking this really seriously, they could have intervened and let Justin understand that as a elite sportsman, he is also a role model and with the privilege of his position also comes responsibility.” TIME emails to both Friedman and a Dodgers spokesperson have not yet been returned.

Staying isolated and joining the team photo virtually could have set a standard for pandemic celebrations. “It’s sad to me that he didn’t embrace that opportunity to do something that could have been as memorable as winning a World Series in 2020,” says Cannon. And from some fan’s perspectives, Turner’s selfishness stole much-needed joy.

“For a moment, I forgot about COVID,” says lifelong Dodgers fan Jesus Ortiz, 31, who watched the final out at his home in Pomona. “There were fireworks, people in the neighborhood yelling, I accidentally tackled my girlfriend. It was so fun.” Then he saw Turner take the field. “It’s just a giant bummer,” says Ortiz, a customer service rep for a website developer. “I should be happy. But I’m not.” 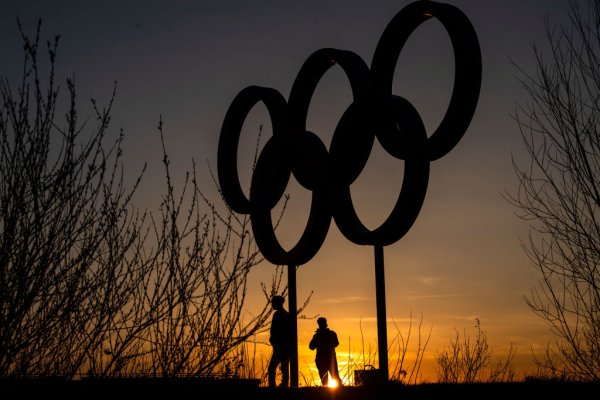