NASA's OSIRIS-REx Probe Punched an Asteroid in the Name of Science. Here's What the Mission Could Teach Us

There is absolutely nothing inherently special about the asteroid Bennu. A loosely-packed agglomeration of dust and rock about as big across as the Empire State Building and currently 322 million km (200 million mi.) from Earth as it orbits the sun, it is just one of about a million asteroids that astronomers have identified and catalogued. But on Tuesday, Bennu became the most famous asteroid in the solar system, after NASA’s OSIRIS-REx spacecraft made contact with it for a dramatic six seconds to blast loose and collect a sample.

“I must have watched about a hundred times last night,” said Dante Lauretta, the missions’s principal investigator, during a press conference yesterday, while talking about a video clip recorded by the probe during its harrowing maneuver, seen below. “We really did make a mess on the surface of this asteroid, but it’s a good mess.”

Asteroids are more than just space debris—they are some of the oldest, most pristine samples known of the early solar system. Studying their elemental composition can yield clues to planetary formation, cosmic chemistry and even the emergence of life on Earth. But first you’ve got to get a sample of them, and that’s where OSIRIS-REx—for Origins, Spectral Interpretation, Resource Identification, Security-Regolith Explorer—comes in.

The SUV-sized OSIRIS-REx launched in 2016, arriving at Bennu two years later. It went into orbit around the asteroid, studying it in search of a smooth spot with loose soil and few boulders, making sample collection both easy and safe. But NASA investigators almost immediately realized they were out of luck—Bennu’s surface is almost nothing but boulders. Mission planners hoped for a target site hundreds of feet across, but they settled on one in a region near the asteroid’s north pole that they dubbed Nightingale Crater, which measures just 8 m (26 ft).

Collecting a sample from so small a spot would require both smart technology and deft flying. OSIRIS-REx has a 3.3 meter long, three-jointed arm, at the end of which is a circular sample collector about 0.3 m across dubbed TAGSAM—for Touch and Go Sample Acquisition Mechanism. The flight plan called for the spacecraft to extend its sample arm and then descend from orbit, slowing its speed to just 10 cm/second (0.2 mph) until the TAGSAM assembly made contact with the surface. At that point, nitrogen bottles in the TAGSAM would fire, blasting loose soil and rocks and forcing them into a collection chamber. After just a few seconds, the spacecraft would execute the go part of the touch-and-go maneuver, backing away with its sample secured.

That’s the way it was supposed to go—and that’s exactly the way it did go. TAGSAM was in contact with the surface of Bennu for six seconds, and collected material for five—the greatest share within the first three seconds. It took 18.5 minutes for the signal that the maneuver was a success to travel the 322 million km to Earth. Only once it arrived did NASA Administrator Jim Bridenstine release a triumphal statement.

“This amazing first for NASA demonstrates how an incredible team from across the country came together and persevered,” he said. “Our industry, academic, and international partners have made it possible to hold a piece of the most ancient solar system in our hands.”

The question is, how big is that piece? The TAGSAM collector can accommodate up to 2 kg (4.4 lbs) of material; mission leaders want at least about 60 gm (2.1 oz). Later today, the collector arm will move to put the TAGSAM in front of one of the spacecraft’s cameras, thus giving NASA engineers a better look. A more accurate measurement will be taken on Saturday, when the collector arm is extended and the spacecraft’s thrusters nudge it into a gentle pirouette. The rate at which it spins from a given amount of thrust will be compared to the rate of spin from the same maneuver conducted before Tuesday’s collection; the more material gathered, the slower the rate of spin will now be. If there’s enough material, the sample will be transferred to a secure reentry capsule, which will be the only part of OSIRIS-REx that will ultimately return to the surface of the Earth.

“We will use the combination of data from…the post-TAG images and mass measurement to assess our confidence that we have collected at least 60 grams of sample,” said project manager Rich Burns in a statement. “If our confidence is high, we’ll make the decision to stow the sample on October 30.”

If their confidence is not high, the team can execute another collection maneuver on Jan.. 12 at a site known as Osprey. Departure from Bennu is set for March 21, with the reentry capsule set to parachute into the Utah desert on Sept. 24, 2023. Only then will the little bit of rock and dirt from the seven-year, $800 million mission be in the hands of the scientists. And only then will we begin to reveal the secrets that Bennu may hold. 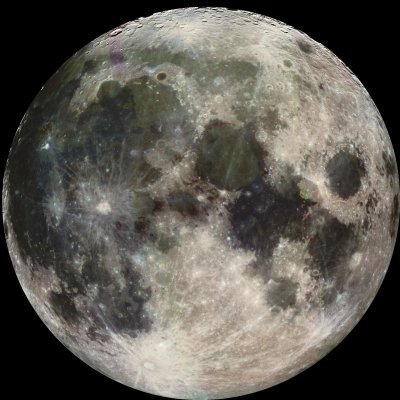 A New Space Pact Seeks to Ensure Peace and Prosperity—on the Moon
Next Up: Editor's Pick