'It's Easy to Feel Invisible.' Why Some Young Americans of Color Are Sitting This Election Out

A man walks by a advertisement by REVOLT as they have relaunched Sean "Diddy" Combs' widely popular VOTE or DIE! initiative ahead of this year's general election on November 3, in the East Village in New York, New York, on October 20, 2020.
Timothy A. Clary — AFP/Getty Images
By Mariah Espada

During his televised town hall on Oct. 15, Joe Biden was asked a pointed question by a young man who identified himself as an undecided Black voter.

“Many people believe that the true swing demographic in this election will be Black voters under the age of 30 — not because they’ll be voting for Trump, but because they won’t vote at all,” said Cedric Humphrey. “What do you have to say to young Black voters who see voting for you as further participation in a system that continually fails to protect them?”

Biden offered a practiced response, encouraging young Black Americans like Humphrey to vote — while also squeezing in a mention of his campaign’s commitment to increasing the Black community’s access to education, fair housing and entrepreneurship.

What the Democratic candidate didn’t have a good answer for was the very real conundrum that Humphrey described. While plenty of young Americans are embracing their vote in this year’s election for its potential to impact the climate crisis, social justice and the government’s handling of the pandemic, for many young people of color in the U.S., who are disproportionately affected by all of these problems, deciding not to participate in the 2020 presidential election has become its own call-to-action.

A recent survey conducted by hip-hop media company REVOLT of its audience, which is predominantly Black, found half of respondents between the age of 18 to 34 were either battling high barriers to get to the ballot box, or were choosing not to participate in this year’s polls. The survey, which included over 1,000 respondents and was part of the network’s VOTE or DIE! youth voting initiative, was conducted in September in partnership with First & First Consulting to better understand the anti-voter youth movement, according to Lynzie Riebling, head of the group’s youth culture insights.

For many respondents, the candidates themselves are the problem: they said they felt no connection to the two white men in their 70s who are competing for their vote. “We have nothing in common. I don’t feel they have the best interest of me or my community in mind,” a respondent named Tiffani T., 28, wrote on REVOLT’s survey. “There’s nothing and no one to be excited for.”

Others have lost faith in the U.S. election system. For young Black voters who cast their first ballots for former President Barack Obama in 2012, “it’s just gone downhill for them,” says Riebling. “They weren’t excited in the last election. They saw what happened with Hillary Clinton winning the popular vote and not the electoral college. And so they’re just feeling helpless.”

When REVOLT’s VOTE or DIE! Campaign was first launched by Sean “Diddy” Combs in 2004, the goal was to make voting “cool” for minority groups, says Riebling. Now, given both the intense discouragement that many Black youth have felt during Trump’s first term and their ability to impact this election, the stakes feel much higher, she says.

On Oct. 16, Combs, who is REVOLT’s chairman, launched Our Black Party, a new political party that aims to empower Black Americans. In a series of tweets, Combs encouraged both Democrats and Republicans to join in the new party’s mission to “help advance a political agenda that addresses the needs of Black people.” With fears that another victory for Trump could result in a “race war” amongst Americans, he made it clear that the party’s “NUMBER ONE priority is to get Trump out of office.”

But as Humphrey pointed out at the town hall, Biden and the Black community also have a complex relationship. In 2008 and 2012, Black Americans played a pivotal role in the election and re-election of the Obama-Biden ticket. But being the deputy to the first Black president doesn’t give Biden a guaranteed in with this dynamic part of the electorate, young voters say.

In May, Biden apologized to Black voters for saying they “ain’t black” if they plan to vote for Trump. Many frustrated observers felt the comment suggested that the Black community are seen as a one-dimensional voting bloc in the eyes of the political elite. “We’re not a monolith and we’re not all going to vote one way,” says Torian Swayne, a 28-year-old Oregon resident who is part of the REVOLT online community. “By saying that, you’re dismissing any autonomy that we have altogether.”

Swayne says she chose not to vote in 2016 because she didn’t see any good choices in that election cycle. She is reluctantly planning to vote for Biden this year because, she says, “I don’t really feel like there’s a choice not to.”

As many Black youth struggle to navigate politicians’ intentions, the candidates continue to fight for their votes. Black and other minority turnout was lower in the national statistics and in key swing states during the 2016 election, according to the Brookings Institute. If just as many Black youth stay home this time around, the absence of their vote will hold just as much impact in determining what the next four years will look like as if they showed up to the polls.

And that’s precisely what REVOLT is trying to get young voters of color to do in two weeks’ time. “I think it’s easy to feel invisible in this world if you are Black and young,” says REVOLT COO Detavio Samuels. “But the people who are put in office today are literally going to determine your fate.” 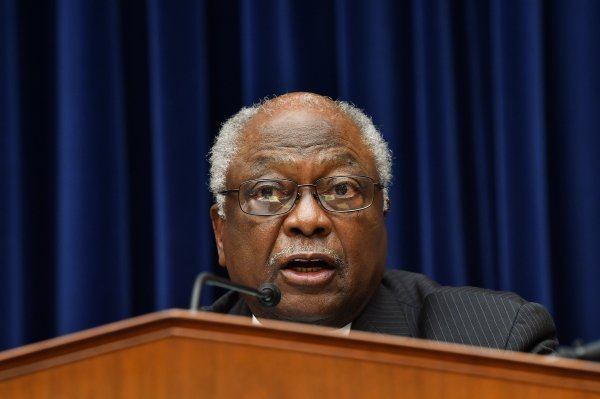 Trump's Reelection Will 'Seal The Fortunes of This Democracy'
Next Up: Editor's Pick