A Plot Against an Embattled Governor? Militias Disrupting Elections? It Happened in the 1850s—And Holds a Lesson for Today

Illustration depicting fighting between pro- and anti-slavery campaigners at a political convention held at Fort Scott in Kansas, circa 1856
Getty Images
By Suzanne Mettler and Robert C. Lieberman

They were coming for the governor. Armed white supremacist militias had repeatedly disrupted elections and rattled the government, and now they wanted to take the state’s chief executive into custody. The constant threat of violence rendered it nearly impossible for leaders to cope effectively with the most urgent issue of the day. Already reeling, democracy teetered.

Is the governor in question Gov. Gretchen Whitmer of Michigan, the target of a recently revealed alleged kidnapping plot by a right-wing extremist organization? Or Gov. Ralph Northam of Virginia, who an FBI agent testified was also a target for the same group? No, it’s Andrew Reeder, the first governor of the Kansas Territory. Appointed by President Franklin Pierce in 1854—Kansas was not yet a state that could elect him—Reeder immediately stepped into the most divisive issue facing the territory: whether or not to allow slavery in Kansas. The vitriol he faced then offers a warning for today.

Governor Reeder’s main task was to establish a democratic territorial government so that Congress could consider Kansas for statehood. Under the terms of the Kansas-Nebraska Act, the question of slavery in the territory was to be a matter of “popular sovereignty,” a seemingly democratic notion: it would be up to the voters of Kansas themselves to decide whether it should become a free or a slave state.

But by the time by the time Reeder arrived in the territory, it was already clear that one side of the slavery dispute was not committed to democracy. Armed pro-slavery militias streamed into Kansas from neighboring slave state Missouri to disrupt territorial elections. They stuffed ballot boxes, intimidated voters, threatened candidates and in at least one instance kidnapped and killed a free-state candidate for the territorial legislature. Pro-slavery violence was also frequently met with violence on the other side. After Reeder invalidated the results of one obviously fraudulent election, the pro-slavery militias turned their ire toward him and the threats began.

Increasingly at odds with the Pierce Administration’s pro-slavery sympathies, Reeder was eventually indicted for treason by the pro-slavery territorial government. Reasonably fearing that he would be killed by a vigilante mob if he were arrested, Reeder disguised himself as a woodcutter and escaped from Kansas under cover of darkness.

Reeder’s travails and the violent conflict over slavery in Kansas mirrored the larger conflict that was brewing on the national stage in the 1850s. For decades, the American political system had managed to evade the issue of slavery. Advantaged by the Constitution’s Three-Fifths Clause, which gave the white voters of the slave states extra representation in Congress and the Electoral College, slavery’s southern defenders could present themselves as ardent democrats while using their disproportionate power to protect that most antidemocratic practice: the brutal enslavement of African Americans.

But by the 1850s slavery had become the era’s defining and polarizing issue, dividing the country along sectional and partisan lines. Growing resistance to slavery threatened the South’s dominance of national politics. Forced to choose between protecting slavery and upholding democracy, southerners unequivocally chose slavery. In 1860, the country held a divided presidential election. The clear winner (with a substantial popular-vote plurality and a large Electoral College majority), Abraham Lincoln of the new antislavery Republican Party, had not even appeared on the ballot in most southern states. The South regarded Lincoln’s victory not as a legitimate democratic result, which it was, but as an existential threat to its most cherished value: slavery. By the time Lincoln was inaugurated in March 1861, having survived an assassination plot en route to Washington, seven southern states had seceded and formed the Confederate States of America with a constitution that explicitly embraced slavery. A month later, the Confederate artillery opened fire on Fort Sumter, precipitating a bloody Civil War.

What made the 1850s so dangerous was the convergence of three threats that endanger democracy. Each drives people to pursue political power at all costs, even if democracy deteriorates. First, political polarization splits politics and society into hostile camps of “us versus them,” provoking those who stand to lose at the ballot box to take extraordinary measures to gain or keep power. Second, conflict over who belongs as a full member of the political community endangers democracy when one group fears that their dominant position is threatened by broader inclusion and is willing to go to great lengths to preserve it. Third, rising economic inequality can mobilize the rich to protect their privileged position, whatever it takes. In the 1850s, these three threats came together to provoke the country’s gravest democratic crisis.

Today, these three threats have all escalated and converged again. And now they are combined with a fourth threat, the concentration of power in the nation’s top leader. Presidential power has grown since the 1930s in response to Americans’ growing expectations that the government should respond to domestic and global challenges. That development has also endowed presidents with unprecedented means to pursue their own personal and political gain.

President Trump has repeatedly inflamed these threats. From Charlottesville to Kenosha to Portland and beyond, the Trump years have been kind to white supremacist militias who would, like the southerners of the 1850s, tear down democracy in pursuit of their own goals.

The disturbing plot against Governor Whitmer is not only chilling in its own right; it also revives an old and recurrent playbook for American opponents of democracy. When winning at all costs becomes an acceptable imperative, especially to defend a vision of the nation that excludes and demeans Americans of color, the threat of violence becomes real and democracy suffers. Those alleged to have planned Governor Whitmer’s kidnapping were caught and will face justice, but that step alone is not enough to turn back the threat to American democracy that the plot represents. 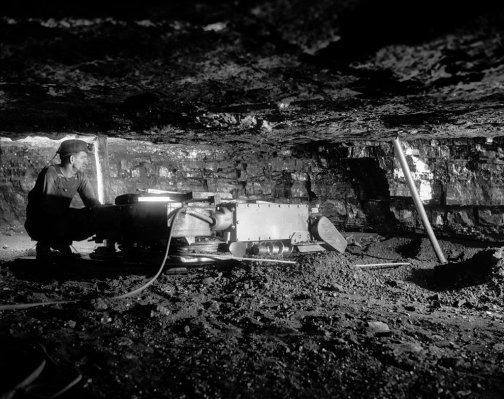