Getty Images
Ideas
By Susan Golombok
Susan Golombok is the director of the Centre for Family Research at the University of Cambridge and the author of We Are Family: The Modern Transformation of Parents and Children

For decades people have raised concerns about families that vary from the structure of one mother, one father and biological children and assumed that the children would be harmed in some way as a result. The greater the difference from the traditional family, the greater the perceived risk of psychological harm to the child, the conventional wisdom goes.

This is wrong. I can say this definitively because I’ve been studying different family forms for more than 40 years, analyzing families with lesbian mothers, gay fathers, transgender parents, single mothers by choice, and families created by egg donation, sperm donation, embryo donation and surrogacy, and all my research points to one conclusion: What matters most for children is not the make-up of a family. What matters most is the quality of relationships within it, the support of their wider community and the attitudes of the society in which they live.

My first study, which I began in 1976, addressed the questions raised in custody disputes about the effect on children of growing up with lesbian mothers: Were lesbian mothers less capable as parents? Were their children more likely to experience emotional and behavioral problems? The research found no evidence of raised levels of psychological problems in children who, following their parents’ divorce, were raised by lesbian mothers. Later studies went on to examine families in which lesbian mothers had their children with sperm donation, which became more common in the ‘80s and ‘90s, again finding no differences between these children and children born through sperm donation to heterosexual couples. Today, there is a large body of research confirming the findings of these early investigations.

Questions were also raised about children born to heterosexual couples through assisted reproductive technologies, especially those conceived using donated eggs, sperm or embryos, following the birth of the first baby through in vitro fertilization in 1978. If the child lacked a genetic and/or gestational link to one or both parents, would that interfere with the relationship between them? And would keeping their conception secret, which was common at the time, have a negative impact on the child? Some people even claimed children born via IVF wouldn’t have a soul. With surrogacy, for both heterosexual and LBGTQ couples, it was assumed that children would be distressed by the knowledge that they had been created for the sole purpose of being given away to other parents. More recently, concerns have been raised about families with gay fathers, because men are thought to be less naturally suited to parenting than women, about single mothers by choice, whose children usually don’t know the identity of their biological fathers, and about children who experience a parent’s gender transition, because they may find it confusing and difficult to accept.

The longitudinal research that I and my colleagues conducted at the University of Cambridge Centre for Family Research has shown that children born to heterosexual couples through assisted reproduction show high levels of psychological well-being, and that children benefit from being told about their origins at an early age. Our more recent studies on families with gay fathers who adopt or turn to surrogacy, families created by single mothers by choice, and families with transgender parents have produced similar findings. Contrary to the expectation that they would experience problems, we found that these families are just as likely to flourish as traditional families, and sometimes more so.

Still, the existence of these findings has not prevented these families from facing stigma and discrimination. This term the Supreme Court will hear the case of Fulton v. City of Philadelphia, in which Catholic Social Services, a faith-based foster care agency, claims that it should be exempt from the city’s law banning discrimination against same-sex couples who wish to be foster parents. The Court’s ruling on whether exemptions from non-discrimination legislation on religious grounds are permitted has enormous consequences for adoption and fostering. In 2016, more than 27,000 same-sex couples were raising adopted or fostered children in the United States. These are often children who have experienced trauma, such as neglect or abuse, in their early years, and who, research shows, benefit from being raised in loving gay and lesbian families. A ruling in favor of the Catholic agency could deny future children this opportunity.

The ways in which we build our families will continue to evolve. A 2017 GLAAD survey showed 20% of 18- to 34-year-olds identified as LGBTQ, compared to 7% of 52- to 71-year-olds, meaning we should expect more families that do not involve two straight parents and their biological children in the future. In 2018, BioNews, a weekly online bulletin on what’s new in genetics and reproduction, reported on a demographic study predicting that 3% of the world’s population – around 400 million people – may result from assisted reproductive technologies by 2100, a figure that includes those conceived through assisted reproduction and their descendants. And in their June 2020 article, “Reproduction Reimagined,” Eli Adashi and Glenn Cohen claimed that the use of gametes derived from human embryonic stem cells to create children who are genetically related to both partners in same-sex couples is just a matter of time.

Just because people become parents in nontraditional ways does not make them less capable ones or love their children less. In fact, my research suggests the opposite. The sooner we accept this, the better off these kids we claim to be so concerned about will be. Because there’s another finding that stands out loud and clear from our research: although the make-up of families does not affect the well-being of these kids, intolerance of their family does. 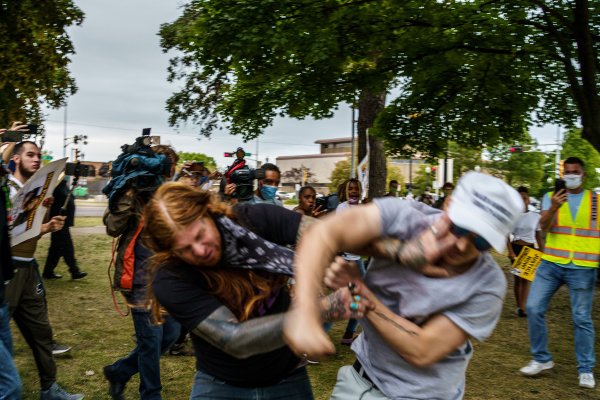