It’s possible not only to get COVID-19 twice, but also to be sicker the second time, according to a new case report published in Lancet Infectious Diseases. But some experts caution there’s still a lot to learn about COVID-19 reinfection, and that the case cited in the paper is not likely representative of the majority of experiences with the novel coronavirus.

“We’re still learning about the biology of the virus and our own biology with regards to dealing with the virus,” says study co-author Mark Pandori, director of the Nevada State Public Health Laboratory. “While we don’t know how generalizable the finding is, a person can get this virus again and they can become as sick or even more sick the second time around.”

The paper details the case of a 25-year-old man living in Nevada. He initially tested positive for COVID-19 in April. His symptoms—including cough, sore throat, headache, nausea and diarrhea—cleared by the end of April, and he subsequently tested negative for COVID-19.

Then, in late May, he began to experience many of the same symptoms again. In early June, he was admitted to a hospital, where he again tested positive for COVID-19. This time, his case was serious enough that doctors had to give him oxygen for breathing support.

Genetic sequencing turned up significant differences between the virus samples taken in April and June. This almost certainly means he was infected twice, as opposed to being sickened by virus that lingered dormant in his system after the first bout of illness, according to the paper.

While a handful of previous studies have documented other apparent instances of reinfection globally, this is the first such case confirmed in the U.S. (Another case report that has not yet gone through peer review suggests reinfection may have occurred in Seattle, too.) It’s significant for a couple reasons.

First, it shows that reinfection can happen fairly quickly. Only 48 days passed between the patient’s first and second positive tests. Previous studies have suggested coronavirus antibodies—proteins produced as part of the body’s immune response to the virus—last at least three months, but researchers and public-health officials have said repeatedly that there’s not yet enough evidence to say how well COVID-19 antibodies protect people from future infections, nor for how long.

The patient was not tested for COVID-19 antibodies in April, so it’s impossible to say whether he had a normal immune reaction to his first brush with the virus. He did, however, test positive for antibodies in June.

The Nevada patient’s experience also shows that a second case of COVID-19 can be more serious than the first. In some prior reports, people who got coronavirus twice seemed to have milder or even asymptomatic cases the second time around, which suggests previous infection confers at least some immune protection. The new paper calls into question whether that’s always the case.

Dr. Michael Mina, an assistant professor of epidemiology at the Harvard T.H. Chan School of Public Health, stressed on Twitter that the Nevada patient could be a fluke. One serious, confirmed reinfection out of more than 7.8 million COVID-19 cases in the U.S. is exceedingly rare. “Re-exposures are essential to build our immune system,” Mina wrote. “But like anything, when enough people get a re-exposure, there are going to be rare cases here and there that go awry and someone gets more sick the second time.”

Indeed, in a commentary accompanying the new study, Akiko Iwasaki, a professor of immunobiology at the Yale University School of Medicine, noted that there are likely many mild or asymptomatic secondary infections that go undetected. “Due to the paucity of broad testing and surveillance, we do not know how frequently reinfection occurs among individuals who recovered from their first infection,” she wrote. “Asymptomatic reinfection cases can only be picked up by routine community testing or at an airport, for example, and we are probably severely underestimating the number of asymptomatic reinfections.”

Pandori, the study’s co-author, says the new study is not reason to panic, and should not shake the public’s confidence in vaccines. “While [the study] may speak to our own natural immunity, vaccine-based immunity is often very different than that,” Pandori says. “We can focus on the Achilles heels of the virus.”

The new study should, however, underscore that immunity to COVID-19 is not guaranteed, even for people who have already had the virus—despite what President Donald Trump says. Trump, who on Monday held a campaign rally in Florida a week after being discharged from the hospital where he was getting COVID-19 treatment, boasted about his health. “It does give you a good feeling when you can beat something and now they say you’re immune,” Trump said, unmasked. “I feel so powerful.”

There’s not good evidence to support Trump’s claims, and case studies like the new one, however rare, show that reinfection is possible and should be taken seriously.

“People who have had COVID-19 need to social distance and wear a mask just as if they never had it,” Pandori says. 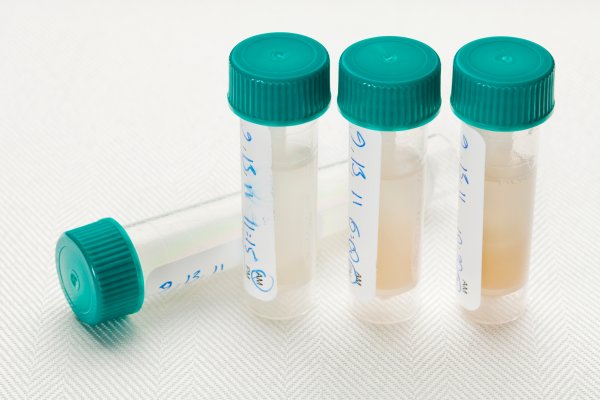