Gisele Fetterman, Second Lady of Pennsylvania, shares her support for the 2020 Census during an Erie County Town Hall in Erie, Pa., on Feb. 12.
Greg Wohlford—Erie Times-News/AP
By Billy Perrigo

Pennsylvania’s second lady said she was subjected to a racist verbal attack on Sunday, part of which she captured in a video posted online that appears to show a white woman calling her the n-word.

Gisele Barreto Fetterman, who was born in Brazil, is the wife of Pennsylvania’s Lieutenant Governor, John Fetterman. She uploaded the two-second video to Twitter on Sunday night, saying it depicted the end of a confrontation that began when the woman recognized her as she stood in line inside a grocery store earlier on Sunday.

Fetterman said she paid, left the store upset and accompanied by a concerned bystander, and got into her car. She was pulling away when the woman returned. That’s when she pulled out her phone and recorded the clip she shared on Twitter.

Fetterman, who was an undocumented immigrant for more than 10 years before getting her green card, penned two tweets on Sunday accompanying the video. “I love love love this country but we are so deeply divided,” she wrote. “This behavior and this hatred is taught. If you know her, if she is your neighbor or relative, please, please teach her love instead.”

Pennsylvania is one of the most important battleground states in the 2020 election, but President Trump is trailing Joe Biden in statewide polling. His campaign is reportedly focusing on maximizing the turnout of white, working-class, non-college educated voters.

Fetterman said she was worried that Trump’s rhetoric was making abuse like the example she experienced more common.

“I think when you have leadership at such a high level that is so openly saying such hateful things, I think that people follow in that example or feel that it’s okay to do so,” she told the Post. 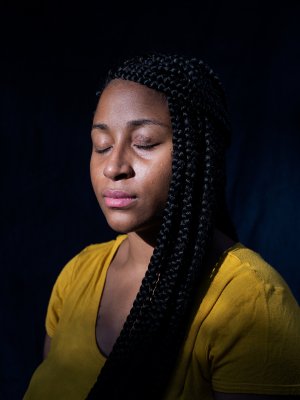 For Protesters Injured by Police, There's No Real Recovery
Next Up: Editor's Pick