The majority of people polled in seven large European countries want Democratic presidential candidate Joe Biden to beat President Donald Trump in the 2020 U.S. election, according to a new survey by pollster YouGov that confirms what many people already suspected about Trump’s low popularity abroad.

It has been no secret over the course of his presidency that President Trump is unpopular in much of Europe. The President has been greeted by large protests on his visits to the U.K., with activists in London floating a balloon depicting Trump as a giant orange baby in 2018. And at the G20 summit in Hamburg, Germany, in 2017, Trump’s arrival was greeted by violent riots.

The poll also suggested that the chaotic election campaign has had a negative impact on the reputation of American democracy abroad, with small minorities of respondents in each country reporting that they think the 2020 election will be “completely free and fair.” In Germany, only 2% agreed with that.

President Trump has claimed without evidence that mail-in ballots — being used widely during the pandemic — will result in widespread voter fraud, and has repeatedly refused to say he will accept the outcome of the election.

The majority of respondents in each of the seven European countries surveyed by YouGov said they believed Trump had been a poor or terrible president. And more than 50% in each said Trump’s presidency had had a negative impact on their own country, too.

But while Biden’s reputation came off better, only between 17 and 23% of respondents in each country said they believed he would be a “great” or “good” President. Far greater numbers said they thought he would be average, or did not know. 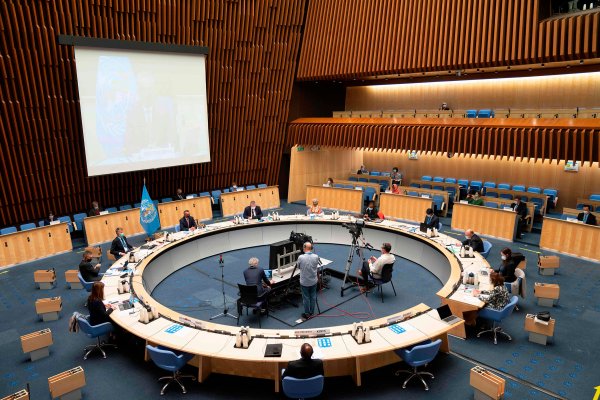 Here Are the Favorites to Win the 2020 Nobel Peace Prize
Next Up: Editor's Pick