I Avoided Apocalypse Stories for Months. Then Leave the World Behind Became My Greatest Comfort

On a balmy afternoon in August, I sat by my bedroom window at my parents’ house as the lights flickered on and off. Outside, the wind bent trees until they snapped, and rain pooled into a lake at the end of the driveway. After the storm settled, I walked around my neighborhood clutching my phone, waiting for an onslaught of news alerts to catch me up on the damage, on COVID-19, the economy, the explosion in Beirut and any other updates on the dire state of the world. There were bad things happening out there. I needed to know what they were. But nothing came through.

That sense of uncertainty and isolation, familiar to so many of us in the pandemic era, lies at the center of Rumaan Alam’s Leave the World Behind, one of the most anticipated books of the fall and a finalist for the 2020 National Book Award in fiction. Alam’s novel, which will become a Netflix film starring Julia Roberts and Denzel Washington, traces two families stranded together in a remote Long Island house during a mysterious power outage that sweeps New York. Stripped of all the usual ways of communicating with the outside world, the four adults and two children are left with only each other and their festering anxieties. “The world operated according to logic, but the logic had been evolving for some time, and now they had to reckon with that,” Alam writes as the families begin to realize their reality is slipping away. “Whatever they thought they’d understood was not wrong but irrelevant.”

Which is exactly what it’s like to live through an evolving crisis, as we all well know. In cutting detail, Alam moves between all the characters’ private thoughts on race, privilege, class and survival, revealing the lies they tell each other both to encourage a sense of calm and to protect their own insecurities. It’s precisely the kind of story I’ve sworn to avoid since the beginning of the pandemic—those involving disease, death, mass catastrophe, mysterious sources of doom and/or the apocalypse. When I picked up Leave the World Behind, I had reservations. But Alam captures the surreal normalcy of life in a crisis; the jarring juxtaposition of moments of mysterious horror alongside long afternoons spent slicing Brie for poolside sandwiches. Things get weirder all the time: Thousands of deer in the woods by the house. A flamingo in the pool. And a desperate noise that ripples through the characters’ shared home (and maybe around the world), making the unknown all the more terrifying. I read the book in one sitting, and have thought of it every day since.

There may be a science to my obsession. Kate Sweeny, a psychology professor at University of California Riverside who specializes in uncertainty, explains that the appeal of this particular book might be, at least in part, a matter of timing. In the beginning of the pandemic in the U.S., when stay-at-home orders first went into effect, there were the Contagion re-watchers and so many lists recommending the best pandemic and apocalypse books, movies and TV shows to indulge one’s doomsday fantasies. But there were also plenty of people, like myself, who wanted nothing to do with those stories. We distracted ourselves with harmless activities—we revisited Jane Austen, binged romantic comedies and sitcoms, learned how to bake bread and developed puzzle addictions. This was back when we could suspend disbelief that life would soon return to “normal.”

But those days of blissful ignorance are behind us. Because we’re now aware that the pandemic will rage on for the foreseeable future, Sweeny believes that the appetite for cheerful distraction is wearing off. “We have to find out how to endure—and not just escape it,” she says. And for some of us, that means jumping into narratives that can help us face reality. She suggests that books like Leave the World Behind can help readers realize that we’re not alone and serve as a kind of reminder of the big picture: “I’m not crazy—this is a crazy situation.”

Alam wrote Leave the World Behind prior to the pandemic, but it will soon be joined by works that were influenced by the real-life events of 2020. Don DeLillo’s novel The Silence, also out this month, follows five people on the night of the 2022 Super Bowl who suffer from an unexplained catastrophe—and makes mention of their COVID-19 experiences. Connecting, a scripted television show about a group of friends keeping in touch virtually during the pandemic, arrives on NBC in October, and Netflix’s Social Distance anthology series premieres next week. And last month, the social distance satire Coastal Elites premiered on HBO.

There’s a dark comfort to engaging with these stories, a sense that living in uncertainty does not necessarily mean we are alone—and that knowing the future won’t help prevent it. I felt a particular isolation in the immediate aftermath of the storm; I feel it every day in the coronavirus era. Resolution will come later. Knowing that is enough for now. “Understanding came after the fact,” Alam writes of his characters. “You had to walk backward and try to make sense. That’s what people did, that’s how people learned.” 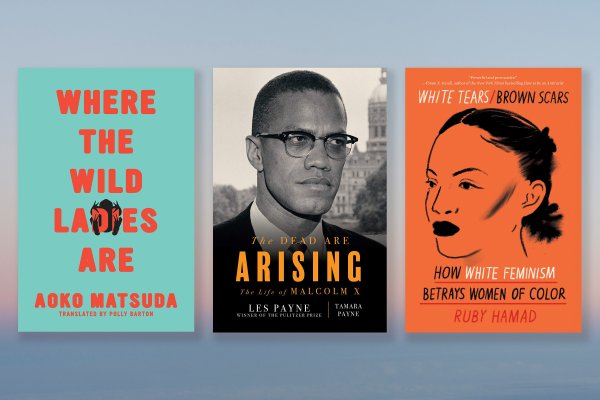