Even before his COVID-19 diagnosis, this is not the fall that President Donald Trump had anticipated. For the better part of the year, former Vice President Joe Biden has shown he can hold his own in a head-to-head against President Donald Trump — at least in the polls. Now, weeks before Election Day, the latest NBC News/ Wall Street Journal poll has Biden up nationally by 14 points, his largest advantage yet and coming at a point in the race where trailing presidential candidates seldom stage a comeback of the scale Trump would require.

As we head into the final stretch, with more than three million votes and counting already cast, it’s worth noting that Biden has also widened his lead in crucial battleground states, putting Republicans on their heels in places that would be safely under red ink during normal years. The former VP is also enjoying a cash advantage that no one challenging an incumbent President would ordinarily expect.

As we use The D.C. Brief this week to consider the various reasons we will be chewing our fingernails and/or chugging Pepto-Bismol on Election Day and beyond, we offer informed guesses but hardly predictions. As Trump’s surprise win in 2016 has shown, this is hardly a normal incumbent.

Today, we consider what a clear Biden win would look like. The fact that places like Arizona or Georgia are still up for grabs should have Republicans sincerely worried that Biden could end up expanding the electoral map for Democrats in ways that were the stuff of dreams just four years ago. Polls show Biden up by 3 points in Arizona and tied with Trump in Georgia. In Texas, which backed Trump by 9 points in 2016 and came within 3 points of ousting Sen. Ted Cruz two years later, the President is ahead only by 3 points. Democrats’ dream of “Blue Texas” doesn’t seem so fanciful these days, with millions of dollars pushing Democratic enthusiasm up and down the ballot. Don’t believe me? Actress Stockard Channing — yes, former First Lady Abigail Bartlet on The West Wing — is doing a voice-over for a state legislature race in Fort Worth.

Back in March 2019, when Priorities USA, the Democrats’ dominant super PAC, briefed reporters on its spending plans for the still-unknown nominee, I was surprised to find traditionally contested states — namely Ohio and Iowa — prioritized behind states like Mitt Romney-backing North Carolina and Trump-winning Pennsylvania, North Carolina and Florida. When the super PAC said it was looking at Arizona and Georgia, I was checking if my coffee had been spiked.

Now, it looks like the strategists at Priorities USA were onto something early. If Biden can rebuild the so-called Blue Wall of states in the Upper Midwest that are safeguards of solidly Democratic states and pick off novel states like Arizona or even Georgia, a place like Ohio might be gravy on a march back to the White House. It’s like the dinner rolls that come to the table warm — a nice touch but not what defines the meal.

It seems as though the campaigns are on board with that strategy. As much as the campaigns both like to say they’re fighting for every vote equally, where they are spending money tells the tale better than any hired consultant. Judging from cash outflow, the race is happening in 14 states, where more than $700 million in television advertising has been reserved by the nominees and their nominally independent allies. That vast majority of that — 85%, according to an analysis from NPR — is going to just six states: Florida, Pennsylvania, North Carolina, Michigan, Wisconsin and Arizona.

Polling is somewhat wobbly and definitely non-predictive. But the average of polls in those Big Six states has Biden leading in every one. The closest that Trump comes in the Real Clear Politics’ polling average is within 1.2 points in North Carolina.

This current stasis would seem to suggest that despite the Trump team’s protests that it will fight for every ballot in every state in any court that will have it, there’s a scenario in which almost nothing can stop Wolf Blitzer from declaring a victory on Nov. 3 in his voice-of-God tone that we’ve come to demand every four years. If places like Georgia are in play, do we really think Wisconsin isn’t already in the bag for Biden? Trump may be trying to pick off New Hampshire, but can he legitimately defend Pennsylvania, with five times the number of electoral votes?

Still, Biden could look so strong in a sufficient number of states that the outstanding ballots aren’t needed to confirm his win. He could sail past the 270 electoral votes needed to win on Election Night with such a comfortable lead that the final tally is immaterial. Inevitably, there will be court challenges from all corners. We need to prepare for unknowns for a while. And while we do that, it’s important to remember that no matter what Trump may say or do on election night and the days or even weeks that follow, the voters get to decide whose hand is placed on a Bible on Jan. 20, 2021.

But if you’re Biden’s team, you have every rational reason to believe there are good days ahead. Then you’d do well to remember how it felt four years earlier at Hillary Clinton’s election-night event in Manhattan. That will be tomorrow’s newsletter. 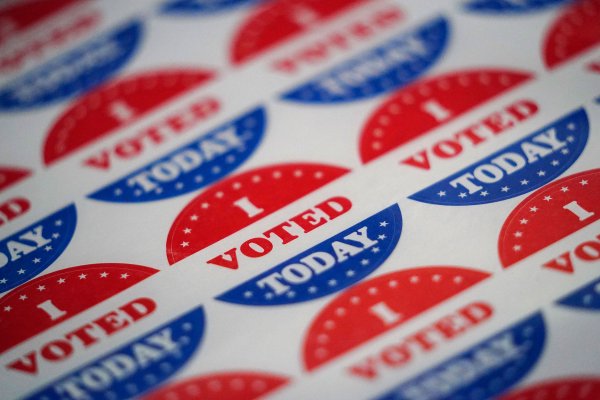 Here Are Election Day’s Most Likely Scenarios
Next Up: Editor's Pick