Today, it would be easy to assume that same-gender desire, particularly among men, is at odds with the history of Christianity. After all, many elements of modern conservative evangelical Christianity, from the infamous campaigns of the Westboro Baptist Church to faith-based pushes for anti-LGBTQ policy, give the impression that the religion is fundamentally opposed to the LGBTQ community.

The division, however, is not as rigid as one might imagine. Historical evidence speaks to a rich tradition of continuity in literature, philosophy and culture that runs from antiquity all the way to medieval Christianity, where same-gender intimacies were able to flourish.

In fact, we can find across the medieval world the potent glimmers of queer community and the role it played in formulating a language for Christian subjects as marginalized and persecuted peoples. Many stories of how queer figures maneuvered across various secular and religious spaces of the medieval world share a jaw-dropping candidness about same-gender intimacies and sexuality, and can provide important evidence about how medieval writers thought about the intersections of gender and sexual desire.

While same-gender relations were not accepted within medieval Christianity the way they are by many today, they also did not elicit the intense disdain that we find within the modern Christian right. Despite evidence of great diversity in sexual practices, same-gender intimacies hardly are the focus of concern for most early-Christian and medieval writers. In fact, prohibitions against same-gender intercourse happened selectively, often motivated by political factors more so than religious ones. For example, in the sixth-century, Emperor Justinian’s historian, Prokopios, tells us that Justinian passed legislation against same-sex relations only so that he could persecute certain political enemies whose sexual histories were known to him.

In addition, across the medieval Mediterranean, we find a series of saints’ lives that tell the stories of individuals who had been assigned female at birth, but became monks in all-male monastic communities. In the story of Saint Eugenia, who briefly lived her life as the male monk Eugenios, the saint is sexually harassed by a woman by the name of Melania. The text is quite clear that Melania is drawn to the monk’s male appearance. This story is important, because it demonstrates to us the need to treat these monks as men and not to misgender them as women. Rich and complex in their own right, these figures allowed medieval authors to tackle difficult questions about community, gender, sexuality and piety.

Since authors did not always know how to grasp and interpret their protagonist’s gender, the stories expose to us the ways in which sexual desire between men manifested itself in religious communities. In the story of the fifth-century saint Smaragdos, the young, beardless monk arrives at the monastery, where he is isolated by the Abbot and placed in a separate cell. The author tells us that he was placed here so that he could not be seen by his brothers, lest he cause them to stumble because of his emerald-like beauty.

We might surmise that the narrator is able to write with such frankness about same-gender desire precisely because the conceit is that this monk, assigned female at birth, is a woman (in some capacity) in his mind. But a familiarity with these texts and a sensitivity to the languages in which they were originally written shows a much more complex reality to this separation and prohibition.

The Abbot is never confused as to how or why a young monk might sexually arouse his fellow monks, nor is there any concern or question of his gender. A similar awareness of same-gender desire in monasteries is evident across a wide spread of early Christian and medieval authors. For example, in Cyril of Scythopolis’ Life of the fifth-century Palestinian monastic founder Euthymios, the monk asks his followers to “take care not to let your youngest brother come near my cell, for because of the warfare of the enemy it is not right for a feminine face to be found in the [monastery].” And such prohibition against “feminine faces” or “beardless men” are found across the rules written to regulate monastic life. Likewise, in his mid-seventh century Heavenly Ladder, John Klimachos praises monks who are particularly adept at stirring up animosity between two others who have “developed a lustful state for one another.”

Yet, despite discomfort about sexual intimacies stirred up within the cloisters, the perceived problem always comes down to the fact that these men are committed to celibacy, not that they are men. This same-gender sexual activity is treated with less concern than instances of monks who are accused of having sex with women outside the monastery. While relations between monks are courteously dissolved and handled internally, intercourse with women often leads to a monk’s expulsion from the community.

But, institutionalized spaces for same-gender intimacies were not unique to the monastic world in the Middle Ages. For example, the rite of spiritual brotherhood or adelphopoiēsis (literally, “brother-making”) bound two men in a spiritual brotherhood, echoing certain elements of the marriage rite. The process has been controversially heralded by the late Yale historian John Boswell as a medieval “same-sex union.” We are even told that these spiritual brothers would share the same bed and live closely bound lives.

While scholars over the years have added a great deal of nuance to Boswell’s initial argument, they have also strongly attempted to deny any form of same-gender desire behind the rite. An unpublished manuscript at the Vatican Library, however, tells a very different story. In this text, which can only be consulted in its original handwritten medieval Greek, the 13th century Patriarch of Constantinople, Athanasius I, writing centuries after the inception of the rite, condemns it because it allegedly “brings about coitus and depravity.” In this later period, we see a newfound homophobic resistance to the rite that, in the reaction’s vitriol, speaks to the role this rite could really play for men committing themselves to each other: The Patriarch’s words acknowledge the reality that no matter its intention, the rite enabled the space for sexual intimacies between men. That the “brother-making” rite possibly allowed room to maneuver for premodern queer men, long before that term ever existed, is critical to the history of Christianity.

Narratives like these push us to understand the ways in which intimacies between men existed in various aspects of religious life, even between monks. These relations may not have always been prized or embraced, but they also did not receive the hatred and intensity of vitriol they find in radicalized Christianity today. In fact, the evidence we have suggests that in the privacy of monastic communities and rites like adelphopoiēsis, queer figures had ample room to exist in loving relationships, far beyond what the archive has been able to preserve.

Our written sources point obliquely to the existence of these relations, but detailed stories of these intimacies are left only as an imprint, an outline in the sand of lives now lost that have been forgotten by history. As historians, our role is not simply to regurgitate what was written, but to read between the lines. That’s the only way we’ll unearth the realities of subjects whose lives were either shielded by secrecy or erased, often on purpose, by the history that followed.

Roland Betancourt is an associate professor at University of California, Irvine, and author of Byzantine Intersectionality: Sexuality, Gender, and Race in the Middle Ages available now from Princeton University Press. 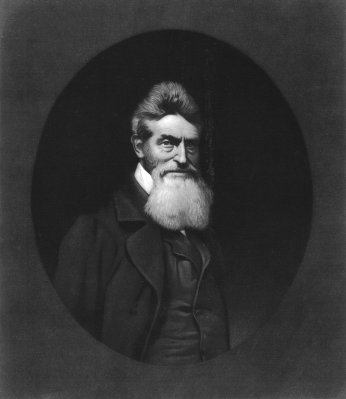 The Problem With Looking for Lessons in the John Brown Story
Next Up: Editor's Pick