Rihanna’s Lingerie Brand Won Praise for Its Inclusivity. Now It's Under Fire for Using a Sacred Islamic Text in a Runway Show

On Friday, when Rihanna released the virtual runway show for her Savage X Fenty lingerie collection, some viewers were struck by something beyond the buzzy musical performances and carefully coordinated choreography. The show used the song “Doom,” a track by musical producer Coucou Chloe that samples a hadith, a sacred Islamic text.

After a weekend of criticism on social media, Coucou Chloe issued a statement on her Twitter on Monday, apologizing for the use of the samples and announcing that the song would be removed from all streaming platforms. On Tuesday, Rihanna apologized in a statement posted to her personal Instagram account’s stories.

“I’d like to thank the Muslim community for pointing out a huge oversight that was unintentionally offensive in our Savage X Fenty show,” Rihanna wrote. “I would more importantly like to apologize for this honest, yet careless mistake. We understand that we have hurt many of our Muslim brothers and sisters, and I’m incredibly disheartened by this. I do not play with any kind of disrespect toward God or any religion and therefore the use of this song in our project was completely irresponsible! Moving forward, we will make sure nothing like this ever happens again.”

Hadiths are sacred texts in Islam that represent the traditions or sayings of the prophet Muhammad. The specific hadith audio in the “Doom” sample has been attributed to Kuwaiti preacher Mishary bin Rashid Alafasy.

“How is it okay for Rihanna to have a show of people dancing in underwear with an Islamic hadith about judgment day playing in the background?” TikTok user @nad asked his followers in a video about the show. “If this was the Bible being used, the entire world would be enraged. How is it okay for the work of the most renowned Islamic scholar to be used as music for lingerie?”

Twitter user @reversecoconut equated the use of the Hadith to cultural appropriation, also noting that in a former show, models wore scarves around their heads like hijabs before commenting that “my religion is not y’all’s aesthetic.”

This isn’t the first time that the appropriation of Muslim culture for secular uses has been a point of controversy. Lady Gaga ignited a heated discourse in 2012 when she began sporting burqa-like clothing while rumors flew about her releasing a song titled “Burqa” that sexualized the garment (the rumored track is said to be her song “Aura,” off her album ARTPOP). And French fashion designer Marine Serre has been called out for her brand’s repeated use of a crescent moon motif, a symbol often associated with Islam, as well as for designing headwear that is aesthetically similar to hijabs. Serre’s head coverings have especially come under fire since France began enforcing a ban on religious face veils or coverings in 2011.

But the Savage X Fenty controversy stands out as a rare low moment for a brand that has in the past thrived on its air of inclusivity.

Rihanna’s Savage X Fenty lingerie and her past runway shows for the line, as well as her Fenty Beauty line, have been praised for their diverse casting. When she launched Fenty Beauty in 2017, Rihanna prominently featured hijab-wearing model Halima Aden in its debut campaign, which was lauded for its wide range of 40 shades to match every skin tone. Her Savage X Fenty runway shows have particularly been praised for their diversity when it comes to race, body types and gender identity—especially when compared to mainstays in the lingerie space, like the Victoria’s Secret fashion show, which has been criticized for its lack of racial, body and gender diversity.

Now, however, some fans who welcomed those moves see the runway show as a signal that “inclusivity” seems only to include some groups of people.

So, while Rihanna has shown that diversity can be both an important value and a selling point for a brand, observers have now also made her an example of another side of corporate diversity: even after such a reputation is established, fans will be watching to make sure it’s still earned. 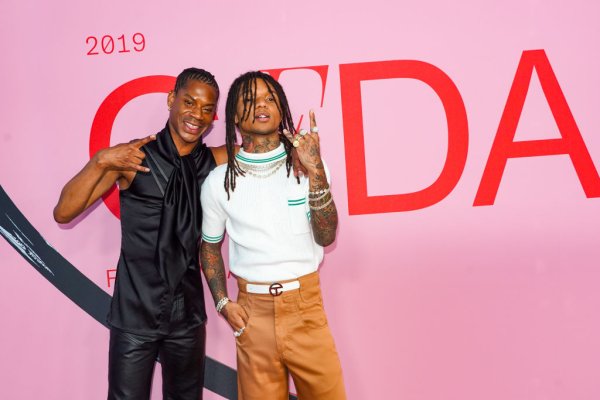 The CFDA Awards Had Their Most Diverse Year Yet
Next Up: Editor's Pick