(HELSINKI) — The United States and Russia will hold a round of nuclear arms control talks in the Finland’s capital, Helsinki, on Monday to follow up on negotiations in Austria this summer, the Finnish president’s office said.

“The round of discussions on strategic stability and nuclear weapons between the United States and Russia, which began in Vienna in the summer, will continue in Helsinki on Monday,” the office of the Finnish President Sauli Niinisto said in a brief statement late Sunday.

The office said nuclear arms negotiators from Washington and Moscow met a previous time in Finland in 2017.

“Finland welcomes the negotiators, this time (U.S.) Ambassador (Marshall) Billingslea and (Russian) Deputy Foreign Minister (Sergei) Ryabkov,” the statement said, adding that Niinisto would meet both representatives after the talks.

The talks are aimed at producing a new agreement to replace the New START treaty that expires in February — the last remaining pact constraining the arsenals of the world’s two major nuclear powers.

According to Russian news agency TASS, the previous round of consultations between Billingslea and Ryabkov were held in Vienna on Aug. 17-18. 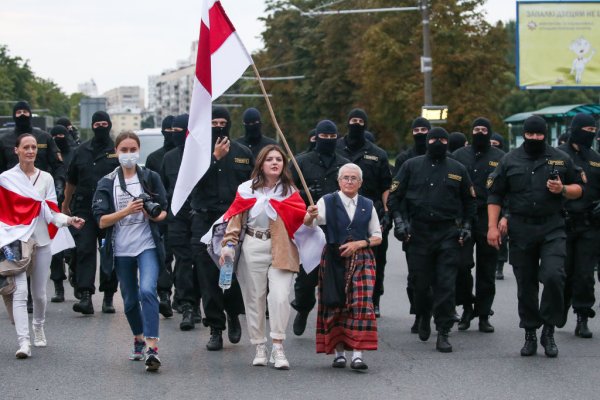 Meet the 73-Year-Old Great-Grandmother Defying the Dictatorship in Belarus
Next Up: Editor's Pick