Here Are the 9 New Books You Should Read in October

It’s fitting that many of the best new books coming in October push us to examine how we deal with crisis. Although they vary in focus and scope (with one very literally tackling the current international health crisis), these books ask how people respond to change, hardship and uncertainty. In one of the most anticipated novels of the season, Rumaan Alam paints an unsettling portrait of two families desperate for information after a power outage hits New York City. In The Cold Millions, Jess Walter traces the journey of orphaned brothers amid the changing landscape of 1900s Northwest America. And in their new biography of Malcolm X, the late journalist Les Payne and his daughter Tamara Payne look at the rise of a leader through times of great difficulty and pain. Here, nine new books to read in October.

On vacation with their teenage children, Brooklynites Amanda and Clay are enjoying their luxurious Airbnb in Long Island. The house they’ve rented, with its pendant lamps, wide-planked wood floors and glorious double sink in the kitchen, couldn’t be more delightful. That is, until its owners show up in the middle of the night during their stay. G.H. and Ruth didn’t know what to do when the power mysteriously went out in New York City—so they fled to their vacation home, which now lacks internet and cell service. Armed with zero information about what’s happening in the outside world, the two families coexist as their anxieties continue to climb. Rumaan Alam captures in unsettling detail the uncertainty that accompanies crises—spinning scenes that feel eerily familiar to life in 2020.

Buy Now: Leave the World Behind on Bookshop | Amazon

Cal Hooper is looking for a quieter existence. After spending the past 25 years as a cop in Chicago, he decides to live out his retirement in a small village in West Ireland. But his attempt at escape is interrupted when he learns that a local boy has gone missing. Cal begins looking into the mysterious disappearance, and, in doing so, discovers messy secrets about his new town. Best-selling crime writer Tana French slowly builds the suspense in her latest thriller, which illuminates the complexities of both the rural community and the American expat who’s investigating its dark history.

In her debut book, journalist Ruby Hamad explores the connections between white feminism and white supremacy. Moving from colonialism to the contemporary workplace, Hamad argues that white women have played an active role in the oppression of women of color. In breaking down examples from history, as well as from her own life as an Arab woman working in Australian media, Hamad offers a haunting but powerful reading of white feminism and its lasting impacts on marginalized communities.

Though we’re still very much living through the COVID-19 pandemic, New York Governor Andrew Cuomo is distilling the lessons he’s learned about leadership while navigating the crisis thus far. In his new book, he offers readers an in-depth look at his decision-making process as the pandemic first unfolded. Cuomo also shares what it has been like to interact with the White House in this time of catastrophe.

The debut adult novel from the author of The Miseducation of Cameron Post opens in 1902 at the haunted Brookhants School for Girls. There, a number of people associated with the school die in mysterious ways—leading the institution to close in the early 20th century. Emily M. Danforth soon shifts the narrative to the present, where a bestselling book about the school’s strange history is being made into a movie. As filming begins on Brookhants’ old grounds, the lines between the past and present become blurred in a chilling sequence of events. Danforth sets in motion a spooky piece of metafiction as her modern-day characters come to understand just how cursed the school really is.

In her collection of interlinked stories, Aoko Matsuda reimagines traditional Japanese folktales and ghost stories with a feminist twist, positioning women at the center of narratives that are simultaneously life-like and surreal. In one, a woman falls in love with the ghost of a skeleton she pulled out of a river on a fishing trip. In another, a woman is scolded by the ghost of her dead aunt when she gets her body hair removed after a bad break-up. Throughout Where the Wild Ladies Are, Matsuda makes witty and pointed observations about mortality, connection and freedom.

Buy Now: Where the Wild Ladies Are on Bookshop | Amazon

The Dead Are Arising: The Life of Malcolm X, Les Payne and Tamara Payne (Oct. 20)

Pulitzer Prize winner Les Payne spent almost 30 years working on this epic biography of Malcolm X. When the investigative journalist died in 2018, his daughter and researcher Tamara Payne completed the book, which draws on hundreds of hours of her father’s interviews with those who knew Malcolm X. The biography is a searing portrait of the leader, rooted in conversations with everyone from Malcolm X’s classmates to figures within the Nation of Islam.

Buy Now: The Dead Are Arising on Bookshop | Amazon

Jess Walter, the author of Beautiful Ruins, returns with a sweeping piece of historical fiction centered on two orphaned brothers in the American Northwest during the early 20th century. After their mother dies, 16-year-old Rye and 23-year-old Gig live together in Spokane, Walter’s hometown in Washington state. There, the young men are introduced to a slew of characters, including suffragists, socialists and vaudeville performers, who accompany them as they navigate turbulent years of social unrest. In describing the duo’s perspectives on a changing America, Walter underlines the class system that still divides the country today.

When Benson’s boyfriend Mike leaves Houston to visit his estranged and dying father in Osaka, their relationship is already strained. The two have been together for a few years, but Benson, a Black daycare teacher, and Mike, a Japanese-American chef, don’t know if it’ll last. Then, just as Mike departs for Japan, his mother arrives in town for an unexpected visit—leaving Benson to host a woman he’s never met. As the two men spend time apart, they question everything they thought they knew about love, grief and family. A 2019 National Book Award 5 Under 35 honoree, Bryan Washington moves between Benson and Mike’s voices to dissect the realities of love’s limitations. 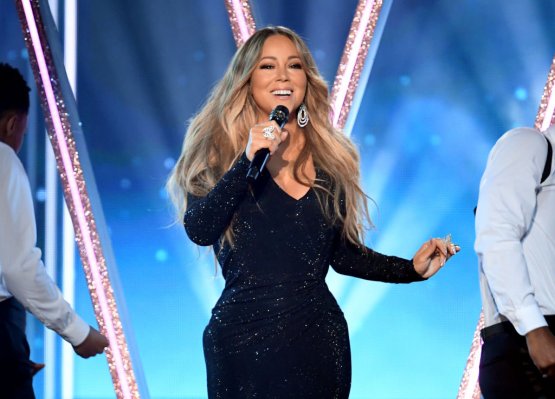