As of Today, it’s Election Day in 7 States. Buckle Up

Don’t let those countdown clocks on the corner of cable-news screens tell you how many days we are from Election Day. In fact, it’s already here in seven states, as of today.

That’s exciting if you’re a voter just ready to pull the lever — or lick the stamp, as the case may be this year — and tune out until November. But if you’re a candidate in these races where fewer and fewer people are truly undecided, every day is your last to bring someone over to your side. That early, daily sense of urgency could generate a lot of bald-faced claims from both candidates in the next six weeks. I’m still waiting for the 10% tax cut President Trump promised in the lead-up to the 2018 election. An imminent coronavirus vaccine appears to be the new tax-cut promise in President Donald Trump’s latest chronology.

That’s why, over the next six or so weeks, the stepped-up fact-checks from the media and the rapid shut-downs from rival campaigns, national parties and outside groups will seem relentless. The ads will also, with empathy for friends in swing states, seem never ending. More than 60,000 White House-focused ads have run in Florida alone between July 29 and Monday of this week, according to a Kantar/ CMAG analysis for Five Thirty Eight. Trump dominated the airwaves early, only to see the Joe Biden effort overpower the President on the air and in some polls. Expect no sanctuary on TV, smart phones, social media and video game consoles.

Early voting — either at polling locations that open before Election Day or by absentee ballots returned by mail or at elections offices — are good if you believe greater participation increases the legitimacy of the democratic process. But if you’re an old-school operative who counts on elections to be decided between 7 a.m. and 7 p.m. in the church basement or library meeting room around the corner, this year’s expanded voting period will be discouraging. Having to vote on Election Day comes with its own barriers to entry, similar to how caucuses leave the service industry, parents and low-income workers at a disadvantage. In many circles, that’s a feature, and not a flaw.

Historically, Republicans have fought efforts to expand the vote from a few hours on a single day, recognizing that historically the more people who can vote, the less solid the GOP advantage is. This year is no different. Trump himself is busy with the effort. But with voting processes now elevated beyond partisan advantages and turning into potentially dangerous acts in the age of COVID-19, it’s tough to argue that the fundamental exercise of political power should be contingent on your willingness to possibly contract — or spread — a pandemic.

The expanded voting window comes, however, with increased peril for both parties. Republicans have long mastered what they dubbed the 72-Hour Machine, a get-out-the-vote system that floods volunteers to the doors of supporters in the three days before Election Day to make sure they know D-Day is coming up and that they can get to the polling sites. When they had to, they could do a few states that open early. But 72 hours and 45 days are very different animals. Now, Republicans are stretched thin and the Trump campaign is hitting a cash crunch. A joint project of the Republican National Committee and the Trump campaign is currently knocking on more than a million doors every week, and outside groups are supplementing that — a very, very costly move that typically was confined to the final hours of a campaign.

Democrats are ceding the fight at the doors, which saw great gains during Barack Obama’s re-elections (but went limp when he wasn’t on the ballot). It could cost them. But when I ask Democrats about this, they say it’s impossible to criticize rivals for not staying home and limiting travel, only to ignore that same advice when it can help them in their own races.

All of it has made this year feel a little different for campaign pros. “2020 has changed how we campaign in general, both because of what is at top of mind for voters and the tactics that we have to use,” says three-term Michigan state Rep. Jon Hoadley, a Democrat who is in a competitive race against 17-term Republican Rep. Fred Upton in the Kalamazoo district. “In some cases, we are not even having water-cooler conversations because many people are still working virtually. The playing field has changed.”

But even with Biden’s physically absent campaign that TIME’s Charlotte Alter observed in Michigan, polling still shows a tight race there. Which may suggest that we’ve spent the last 20 years misreading what actually wins elections. For the last five presidential cycles, I’ve listened to field organizers describe get-out-the-vote operations as a field goal in football, worth three points; no one wins with only field goals but they matter. Maybe the new field goal is smart digital. Or creative broadcast ads. Or good policy. Or responsible views of leadership.

Or maybe this pandemic election should be treated as an asterisk in the manuals about how to win — or lose. 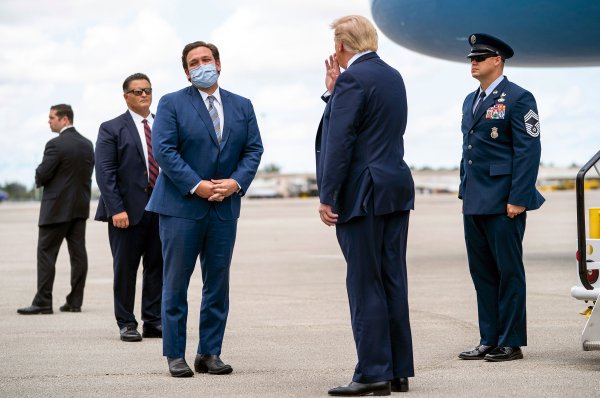