A group of Displaced Persons (DPs), in Barby, Germany on April 12, 1945.
Tony Vaccaro—Getty Images
Ideas
By David Nasaw
Nasaw is the Arthur Schlesinger Professor of History Emeritus at the CUNY Graduate Center. His new book is The Last Million: Europe’s Displaced Persons from World War to Cold War (Penguin Press).

While we are entitled to express our outrage at the brutality and breadth of the current administration’s war on immigrants, our focus on the present must not blind us to America’s history of immigration restriction over the past century and a half. Wrapping ourselves in metaphors and allegories of melting pots and statues of liberty, we have paid too little attention to the Chinese Exclusion Act of 1882 which prohibited the immigration of Chinese laborers, skilled and unskilled; the 1924 Immigration Act which entirely shut off immigration from Asia and severely limited it from eastern and southern Europe; and the 1965 Immigration Act which removed the restrictions on European and Asian immigration but placed new and severe numerical limits on immigration from the Western Hemisphere.

2020 marks the 75th anniversary of one of the most egregious acts of exclusion, one that has been almost stricken from historical memory: the decision to prevent Jewish Holocaust survivors and non-Jewish victims of World War II from immigrating to the United States. At war’s end in 1945 Europe, millions of ill-clothed, malnourished, diseased, and disoriented concentration, death, and labor camp survivors, forced laborers and slave laborers, POWs and political prisoners were left to wander the roadways and haunt the town squares and marketplaces in search of food and shelter. American military forces took the lead in rounding them up, transporting them to assembly centers, and then repatriating millions to their former homes in western Europe, Italy, and the Soviet Union. By summer’s end, however, there remained left behind in Germany a million displaced persons (DPs), who were unable or unwilling to return home or, like the Jewish survivors, had no homes to return to. The United Nations Relief and Rehabilitation Agency, largely funded by the United States, was organized to shelter, feed, and provide these last million victims of war with medical care in newly established DP camps. They would remain there for the next three to five years while the victors in war debated what to do with them.

For the Jews who survived the concentration and death camps or in hiding throughout Europe or in the deep recesses of the Soviet Union, as for the eastern Europeans who had been violently ripped from their homes to serve as slave and forced laborers in European, the violence and brutality of war had not been magically erased with the cessation of hostilities.

The Soviet Union and the eastern bloc nations demanded that the last million DPs in Germany, with the exception of Jews, be returned to their former homelands. Those who had committed war crimes or collaborated with the Nazis would be brought to justice; those who had been deported to Germany as forced laborers or POWs would assist in the rebuilding of their shattered nations. The United States disagreed. As Eleanor Roosevelt, an American delegate to the United Nations, declared unequivocally, displaced persons who had committed no crimes had every right to refuse repatriation to their Soviet-dominated homelands.

Over Soviet objections, the United States and its allies organized and funded the International Refugee Organization to resettle those who refused to go home again. While American representatives encouraged the nations of the world to accept, resettle, and put the eastern European DPs to work, Congress refused to even consider allowing them to immigrate to the U.S. The only exception made was for several thousand Nazi collaborators and scientists who were handpicked by government and military officials and clandestinely transported to the United States to use their expertise and knowledge to help fight the Cold War.

For the Jewish survivors, America’s refusal to open its gates was particularly cruel. Barred by the British from immigrating to Palestine and denied resettlement by IRO nations whose governments considered them too damaged, too clannish, too dangerous, and either incapable or unwilling to do the hard work required of them, America remained the Jewish survivors’ best and last hope of escaping quasi-captivity in German DP camps.

For three full years, the U.S. Congress ignored the plight of the Last Million. Only in June of 1948 did Congress pass a bill authorizing the admission of 200,000 DPs, but barring the immigration of the 90% of Jewish survivors who, having spent the war years in the Soviet Union and/or the first months of the postwar period in Poland, were accused of being Communist sympathizers or operatives. No such “security” measures were written into the law to guard against the entry of the thousands of Nazi collaborators and war criminals who had lied their way into the displaced persons camps. The outcry against the discriminatory nature of the first Displaced Persons Act was such that it was amended, two years later, to remove the restrictions on Jewish immigration, but, by this time, after three to five years in camps in Germany, the vast majority of survivors, unwilling to spend a day more in Germany, had immigrated to Israel, illegally before May, 1948 and then legally after Israel declared, and President Truman recognized, its independence.

Seventy-five years after the American government refused to admit the Jewish survivors and non-Jewish victims of World War II, the current administration is waging another battle against those in need of refuge and asylum. The president, whose grandfather, mother, and first and third wives were immigrants, advised by his son-in-law, the grandson of Holocaust survivors, and Stephen Miller, the great grandson of immigrants, have proposed and exacted harsh, new restrictions for those seeking admission to the United States as asylum-seekers, immigrants, refugees, guest workers, students, visitors, or to reunite with family members already here. A new Denaturalization Section has been organized in the Justice Department to facilitate the deportation of former immigrants who have been naturalized and are now citizens. Immigration and Customs Enforcement agents have deported thousands of asylum-seekers, including some sick with the coronavirus. The Department of Homeland Services and the Justice Department have proposed sweeping new rules to severely restrict the legal rights and protections afforded asylum-seekers. And all this, because the current administration claims, without evidence, that these men, women, and children pose distinct and present dangers to Americans and their way of life.

Once again, falsehoods are being used to stoke fear of immigrants. The Jewish survivors who sought entrance to this nation after World War II, the grandparents of Jared Kushner included, were not anti-American, anti-democratic, or Communist sympathizers or operatives, though many were barred from entry on the false charges that they were. The Chinese laborers who were banned from entering the country from 1882 until 1943 posed no threat to American women, values, economic prosperity, or democracy. Those who seek to enter in 2020 are not gang members or criminals or terrorists; they will not take away the jobs of those already resident in this country; and there is no evidence that, once admitted, they will infect the American population with the coronavirus.

What we needed, as a nation and a people, seventy-five years ago, at the end of the World War II, and what we require today is a comprehensive immigration policy based not on political expediency and falsehoods, but on humanitarian concerns and the recognition that this is, has been, and should forever remain a nation of immigrants. 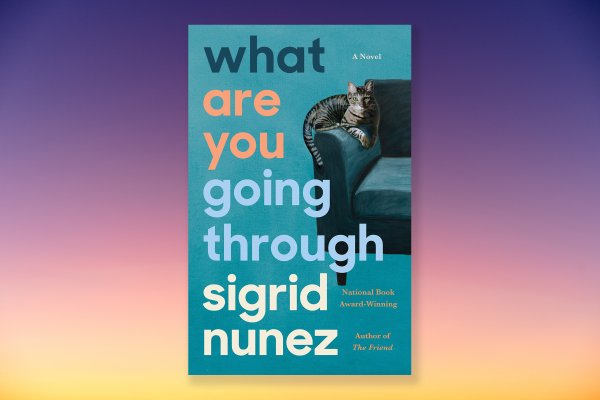 Pain and Loss in 'What Are You Going Through'
Next Up: Editor's Pick