Trump Choreographs a Middle East Peace Plan Made for TV

When Israeli and Persian Gulf state leaders clasp hands with President Donald Trump today on the South Lawn of the White House, the moment will telegraph the image of a peace-making American leader just as his re-election bid, just seven weeks away, needs it.

The U.S.-brokered agreements normalize diplomatic relationships between Israel and the United Arab Emirates and between Israel and Bahrain. In non-diplo speak: two Arab states are saying Israel has a right to exist, and that doesn’t happen every day. For years, most Gulf states have held the line with the Palestinians in the hopes of securing a sovereign, durable nation of Palestine. Now, there are plans for direct flights from both countries into Tel Aviv — and the fact that they will be allowed to use Saudi airspace to do so only adds to the solemnity.

U.S. politics helped make it happen. It is a clear thank-you gift to Trump from Israeli Prime Minister Benjamin Netanyahu, who has enjoyed far warmer relations with this President than with his predecessor. It’s a nod from two of the more liberal Gulf states that share Trump’s antagonism toward Iran. And it’s a tacit sign of approval from those states’ political patrons in Saudi Arabia who understand the need for concessions to the West after the Saudi heir apparent lost some of his shine in Washington after being connected to the brutal murder of a Washington Post columnist. There are still political costs to dismembering a critic inside a consulate after all.

As a package, the White House is pitching these historic accords as products of Trump’s true self: a level-headed deal-maker, and not an erratic force in international affairs. His campaign is already advertising that he’s been nominated for a Nobel Peace Prize — misspelling “Noble” along the way — which his reliable pals in conservative media are treating as a real possibility despite the fact Trump is held in low regard in many parts of the world.

Text of the deals isn’t expected to be released until after the photo-op has unfolded. White House senior adviser (and Trump son-in-law) Jared Kushner is calling it “this historic peace agreement in the Middle East.” Foreign policy hands will rightly quibble over that labeling, noting this isn’t the Middle East peace plan sought for decades between the Israelis and the Palestinians. Talks between Israelis and Palestinians remain at a hard pause as Trump and his envoys seem to have taken the Israelis’ side at every possible juncture; peeling Gulf states away from their Arab neighbors will do little to engender goodwill.

Others will note this is sure to inflame tensions with Iran, whose leaders are plotting to assassinate a U.S. diplomat in retaliation for Washington’s assassination of a top Iranian general, according to Politico’s reporting about U.S. intelligence. Trump returned a threat in a late-night tweet that may have confirmed the report: “Any attack by Iran, in any form, against the United States will be met with an attack on Iran that will be 1,000 times greater in magnitude!”

You can’t say it’s not a terrific picture — and one that could soothe nerves about Trump’s fitness for a job that has proven far more complicated in the age of COVID-19. The pandemic has derailed Trump’s favored pastime of huge rallies, but he’s still summoning crowds to events, like the one today on the South Lawn that is expected to draw hundreds. If it’s anything like Trump’s quasi-convention in the same space two weeks ago, don’t look for many masks or much social distancing.

There is, however, one fatal flaw with this telegenic gambit: Peace deals aren’t what is motivating voters. Polls consistently show foreign policy an issue but not the issue. Pew’s survey in late July and early August found the economy, health care, the Supreme Court, the coronavirus outbreak and violent crime outpacing foreign policy. Republicans typically have an advantage on foreign policy questions, but Democratic nominee Joe Biden, a former Vice President and chairman of the Senate Foreign Relations Committee, is tied with Trump on that question.

And Trump’s base from four years ago straight-up thinks diplomacy is for suckers; Pew’s surveys of Trump supporters in August and September of 2016 found only 19% of them backed the statement that diplomacy is the best path to peace, compared to 55% of all voters and 76% of Hillary Clinton’s supporters who said the same. He won’t rebuild his winning coalition with those numbers.

To be sure, Israel’s security is a major factor for some voters, including the Evangelicals who are among Christianity’s strongest advocates for Israel and have seldom wavered on Trump. This move that adds further legitimacy to Israel’s very existence comes as the Jewish faith is heading into Rosh Hashanah at the end of this week and its High Holy Days that follow. It also comes as early voting is set to begin. But there’s a good chance a single-issue voter on Israel was already planning to reward Trump in November. 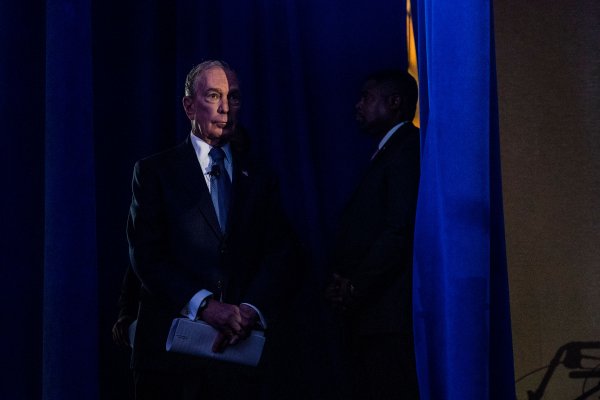