Apple on Tuesday unveiled two new Apple Watches, a fitness subscription service, updates to its iPad lineup and more. It was the second pandemic-era virtual event for the company, and executives made multiple references to the outbreak and the need to stay healthy in “these difficult times,” as CEO Tim Cook put it.

Here’s a look at the six most interesting things Apple announced.

The $399 Apple Watch Series 6 improves on what’s already the best smartwatch around, including a feature that can potentially help people detect illnesses like influenza (or COVID-19) earlier.

That capability is powered by the Series 6’s new blood oxygen sensor, which uses a series of photodiodes and infrared LEDs to measure your oxygen saturation—the amount of oxygen in your blood cells—as you breathe. Apple is also teaming up with two research organizations to study how blood oxygen levels can be used to predict or help manage certain heart conditions.

Other external changes for the Series 6 include new blue and red offerings, an always-on altimeter that detects changes in altitude and barometric pressure, and an improved display that’s more than twice as bright as that of the Series 5.

The Apple Watch Series 6 also features a new S6 processor and the company’s U1 ultra wideband chip. Together, they make the Series 6 faster and enable new upcoming features, including an option to use the Apple Watch to unlock certain models of cars.

Still, with no change in the company’s claimed “18-hour battery life,” using the Series 6 for more than a day without charging remains an elusive desire.

While the Apple Watch Series 6 is the company’s new flagship wearable, Apple also introduced a cheaper Apple Watch SE. The $279 SE lacks the blood oxygen sensor in the Series 6, and uses the last generation’s S5 processor, but features the same sensors—like the always-on altimeter—and the same improved display as the Series 6.

Apple is also continuing to sell the Apple Watch Series 3 for $199, giving consumers a pretty healthy lineup of price points for jumping into wearables.

A more surprising announcement: Apple Fitness+, a workout streaming service designed to be used with the Apple Watch.

Fitness+ will feature high-quality workout videos like those you might find from companies like Peloton. Fitness metrics will be displayed and highlighted on screen during workouts when a trainer calls them out, and you’ll see a summary of your session at the end. There are 10 workout options to choose from, including yoga, cycling, strength, and rowing. It’s machine-agnostic, meaning you don’t need any particular equipment—aside from the Apple Watch.

Apple plans to add a new set of videos each week, all varying in terms of intensity, time, and exercise type. Each session includes a workout playlist you can import into Apple Music. Fitness+ starts at $9.99 per month or $79.99 per year. It will also be included in Apple’s new Apple One plan.

When you count them up, Apple already offers five services to paying subscribers, not including the newest Apple Fitness+ service debuting later this year. Apple One is the company’s attempt at unifying them into one plan—a less confusing ordeal for anyone trying to manage all their subscriptions. (Apple One doesn’t include AppleCare, the company’s technical support service. It also excludes the $25-per-year iTunes Match service, which lets users upload their own songs into their iCloud music library, allowing them to listen to those songs on up to 10 devices.)

Compared to subscribing to each service individually, the Individual plan will save users $6 per month, while the Family and Premier plans will save subscribers $8 and $25 per month, respectively. While the trio of options is definitely great for those already using Apple services and looking to save a little cash, the inability to customize any of the plans is disappointing.

The updated eighth-generation iPad doesn’t do much to change course from its predecessor. It retains the same looks, Lightning port, and lack of support for the newer Apple Pencil, but gains a faster A12 Bionic processor that makes it twice as quick in the graphics department. Available Friday, the iPad will retail for $329, but schools can buy them for $299.

Apple showed off an updated iPad Air—with pretty familiar looks. Its design, nearly identical to the previous iPad Pro, ditches both the curved edges and Lightning port in favor of the much-desired USB-C port, along with support for the newest version of the Apple Pencil, as well as a smart connector on the back that works with the trackpad-equipped Magic Keyboard originally made for the iPad Pro. It’s available in five colors, including pastel-shaded pink, blue, and green.

Despite the lack of support for FaceID, there’s also an integrated TouchID sensor in the iPad Air’s power button, giving users a security measure while ditching the familiar home button.

The iPad Air also features Apple’s latest A14 Bionic processor. It brings improved performance that makes it 40% faster than the previous model. Despite its resemblance in both features and design to the iPad Pro, the new iPad Air will start at a comparatively reasonable $599, and launch next month. 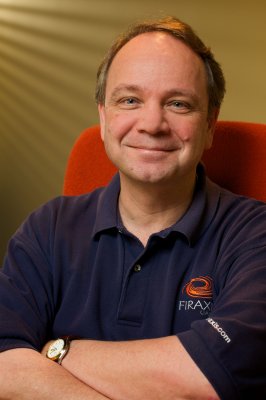 Sid Meier on How to Make Great Games
Next Up: Editor's Pick