“He acted as if he was going to walk past the car, and then he made a left turn directly toward the car, raised a pistol and fired several rounds inside of the vehicle, striking both of the sheriff’s deputies,” said Wegener, adding that the suspect fled north by foot.

The suspect, who one of the deputies later described as a dark-skinned male, was recorded shooting the deputies in at least one video, which was released by the LA County Sheriffs.

The deputies radioed for help after the attack, and were transported to St. Francis Medical Center by fellow deputies.

Sheriff Alejandro Villanueva said that both of the officers were in critical condition, and were out of surgery at the time of the press conference.

Villanueva called the attack a “somber reminder” that the deputies do a dangerous job.

“And you know, actions, words have consequences. And our job does not get any easier because people don’t like law enforcement. It’s going to be a challenge day after day,” Villanueva said, seeming to connect the shooting to recent anti-police brutality protests. “However, the sheriff’s department will never be deterred in keeping our passengers safe on the MTA lines, keeping our communities safe. We’re committed to that.”

Since police in Minneapolis killed an unarmed Black man named George Floyd in May, protesters have taken to the streets and to social media to call for police accountability in the killing of Black people, as well as other reforms. The protests have been largely peaceful, although they have sometimes ended in violent confrontations between police and demonstrators.

Two California state assembly members, Mike Gipson, who represents Compton, and Reggie Jones-Sawyer, chair of public safety for the state of California, attended the press conference. Each called for members of the public to come forward with information about the shooting.

“Tonight we must, as a community, condemn the actions of the perpetrators,” Jones-Sawyer said. “But most importantly, we must all come together, pray together, for these officers. Because they are heroes. They are heroes of the first and foremost all of us would like to be.”

After the shooting, President Donald Trump shared a video of the attack on Twitter.

“Animals that must be hit hard!” Trump wrote. 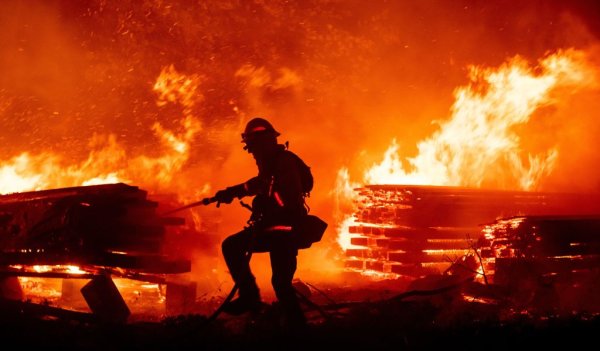