Refugees and migrants carry their belongings as they flee from a fire burning at the Moria camp on the island of Lesbos, Greece, on Sept. 9, 2020.
Elias Marcou—Reuters
By Mélissa Godin

12,000 migrants and refugees were left without shelter or access to basic services after fires over the past two days spread throughout Greece’s largest refugee camp, Moria, on the island of Lesbos.

The fires come amid escalating tension on the island of Lesbos, within Greece and the wider European Union over the issue of migrants. The residents, most of whom are fleeing from Afghanistan and Syria, have faced overcrowded and dangerous living circumstances since the camp was founded in 2015. Then last week the camp had its first outbreak of COVID-19, leading to a two-week quarantine that severely restricted residents’ movements.

The first fire broke out on Tuesday evening, destroying the majority of the camp. The next night, a second fire broke out at an informal settlement in a nearby olive grove, turning the last intact section of the camp into ash.

Although it remains unclear how exactly the fires began, authorities say the fires were started by refugees protesting new COVID-19 policies. Others blamed far-right Greek locals for starting the fire, amid rising anti-migrant sentiment on the island.

While neither accounts have been verified, the rumours circulating about who started the fires are illustrative of larger tensions on the island whereby migrants are fed up of their poor living circumstances and local residents are increasingly resentful of the lack of national, regional and international support for managing the influx of migrants and refugees on the island.

It also comes at a time where many migrants feel Europe is turning its back on them, becoming less tolerant and less willing to help, with countries like France taking tougher measures on immigration.

“We’ve been saying that Moria is a ticking time bomb,” says Eva Cossé, a researcher at Human Rights Watch who says she and many other experts predicted a crisis like this would unfold. “It’s not surprising at all but it is incredibly sad. It shows how badly the European Union and Greece have managed this situation.”

Now, with most of the camp destroyed, the future of migrants and refugees living in Moria remain unknown.

What is the Moria refugee camp?

The Moria refugee camp is the largest refugee camp in Greece located on the island of Lesbos. Initially built for 2,200 people, the camp has hosted almost ten times the amount of people it was originally meant for. At the time of the fire it was housing 12,000. Since 2015, over a million migrants have arrived at Moria, with the majority coming from Afghanistan and Syria by sea. 85% of people living in the camp are refugees; the others are classified as migrants. A third of the camp’s population are children under the age of 12, according to the United Nations Refugee Agency (UNHCR).

For years, human rights advocates have spoken out against the conditions of the camp which remain dangerous and inadequate. Overcrowding has forced people to seek shelter in nearby olive groves. The camp is particularly dangerous for girls and women who are vulnerable to sexual violence. As a result, many fear using toilets, showers or lining up for food in distribution lines, Human Rights Watch reports.

An aerial view of destroyed shelters following a fire at the Moria refugee camp in Lesbos, Greece.
Alkis Konstantinidis—Reuters

The conditions are so dire that on Feb. 7, the United Nations called on the Greek government to implement “emergency measures” and “expedite its plans to transfer a greater number of asylum-seekers to appropriate accommodation on the mainland,” amid rising concerns about disease outbreaks in the camp. Few actions, however, were taken.

How has COVID impacted the camp?

Last week, a 40 year-old man became the first person to test positive for COVID-19 in Moria. Since then, at least 35 more people tested positive for the virus. The camp has since been put under a strict two-week quarantine, and residents’ movements are severely limited.

Human rights advocates worry that the Greek government is using this outbreak as an opportunity to further constrain the freedoms of people living in the camp. Notis Mitarachi, the Greek minister for migration, has already said the coronavirus case illustrates a need for “closed and controlled” structures for refugees.

Although Moria camp has seen far fewer cases than the rest of Greece, its residents have faced more restrictions. The rest of the country began enjoying looser restrictions in May, welcoming international tourists, but the camp has remained under lockdown since March 23.

People walk in the burnt camp of Moria on the island of Lesbos after a major fire broke out, on Sept. 9, 2020.
Angelos Tzortzinis—AFP/Getty Images

While refugees and aid workers alike have worried about a potential COVID-19 outbreak in the Moria camp—where overcrowding makes social distancing impossible and there is a drastic lack of medical care—many do not think a strict lockdown is the answer.

“Lockdown exacerbates a situation where so many people already live in undignified circumstances that bring violence and misery,” says Dimitra Kalogeropoulou, the International Rescue Committee’s Greece Director. “It is time that European Union countries work with the Greek government to urgently find better solutions.”

How did the fires start?

Three fires started Tuesday evening on the outskirts of the camp and moved inwards. Twenty-five firefighters were called in and extinguished most of the fire on Wednesday morning. The cause remains unknown.

Activists, aid workers and local media, however, have suggested the fires may have been started deliberately by people in the camp to express their anger about the latest lockdown restrictions. “No water, no social distancing measures has created a lot of tensions,” says Cossé. “When you also have the insecurity of COVID, this can very easily lead to tensions and fires.”

Poor conditions in the camp have also forced people to use makeshift heating devices to warm themselves and to cook. Many people live in summer tents or cardboard boxes in close proximity to one another, creating a fire hazard.

Other rumors have circulated that “far-right Greeks” are responsible. While UNHCR says there is not enough evidence to back up this claim, Stella Nanou, a UNHCR spokesperson in Greece says that tensions have been increasing over the past month. “There has been compassion on the part of many local inhabitants of the islands,” she says. “But I’m afraid problems have been left unattended for a very long time and people feel they have been left alone to shoulder all the burden of this crisis therefore leading to more tension, more xenophobic rhetoric, more hostility being demonstrated by the local community against refugees.”

A migrant looks at the burned Moria refugee camp on the island of Lesbos, Greece, on Sept. 9, 2020.
Petros Giannakouris—AP

While it still remains unclear who started the fires and how, many experts are not surprised that fires broke out.

“What we are seeing is unfortunate but it is not the first time tragic events have happened in Moria,” says Kalogeropoulou. In March, a fire claimed the life of a six-year-old child and last September a fire killed a woman and her child.

How much damage have the fires caused?

The fires have destroyed the vast majority of the camp, leaving 12,000 people living on the streets. So far, no fatalities have been reported.

Local police have blocked roads to the camp to prevent the thousands of migrants fleeing to nearby towns. Migrants do not have access to shelter or medical assistance.

The fires also burnt the reception centers as well as the European Asylum Office, raising concerns about refugee and migrant case files.

“A big question is what will happen with people’s documents and asylum case files,” says Cossé, who noted that people’s unique documents proving they need asylum were burnt in the fire.

The Greek Prime Minister Kyriakos Mitsotakis called an emergency meeting about the fires on Wednesday morning. Several ministers were headed to Lesbos to manage the crisis.

The European Union has also offered to help. Margaritis Schinas, the European Commission vice-president said they were “ready to assist Greece directly at all levels during these difficult times.” Ylva Johansson, the European Union home affairs commissioner, also agreed to pay for the transfer of 4,000 unaccompanied minors to the mainland and yesterday, 400 were transferred. The German state of North Rhine-Westphalia has also said it is willing to take in 1,000 refugees displaced by the fires.

Experts say that the solution to the fires—and to the problems in the camp more generally—is relocation.

“What is important to say is that there is an urgent need for European Union solidarity to finally relocate people from the island,” says Cossé. “That’s the most important thing to do.” 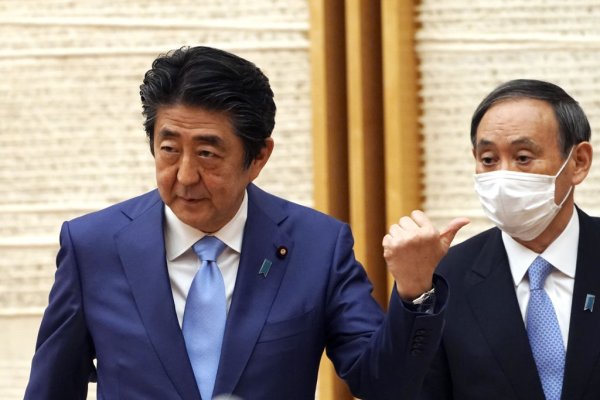