It’s September 2017, and an unnamed middle-aged writer attends a lecture at a college. Her ex-boyfriend, an author, is speaking about the bleak future of humankind. He presents the growing threats to civilization—cyber-terrorism, climate change, global jihadism—and offers no sense of hope. “It was too late, we had dithered too long,” he says. “Our society had already become too fragmented and dysfunctional for us to fix, in time, the calamitous mistakes we had made.”

When the lecture is over, the writer stumbles out of the auditorium in search of a drink, which she finds at a local café. There, she overhears a father and daughter discuss the recent passing of the daughter’s mother. The writer is a fly on the wall, listening closely to their intimate conversation. It’s these moments that fill the first pages of Sigrid Nunez’s new novel, What Are You Going Through, which follows the unnamed writer as she recounts a series of interactions of subtle importance. Among the people she describes are her pretentious ex with the doomsday attitude, the Airbnb host whose cat died before her stay and a woman from her gym who is obsessed with losing weight.

As the novel explores this tapestry of daily life, it comes to emphasize one specific thread: the writer’s friend who is dying of cancer. While sitting at a bar they used to frequent years ago, the friend tells the writer that she dislikes the word terminal. “Terminal makes me think of bus stations, which makes me think of exhaust fumes and creepy men prowling for runaways,” the friend explains. This is when she reveals that she has obtained a euthanasia drug. She wants to die—and she asks the writer to be her companion through her final days.

It’s unsurprising that Nunez’s latest book is concerned with death and friendship—and the vocabulary we use to describe it all. Her last novel, 2018 National Book Award winner The Friend, followed a woman in the wake of her best friend and mentor’s suicide. The protagonist took in the man’s Great Dane, who was too big for the minuscule New York City apartment where they learned to live and grieve together. Both books ask how we remember the most meaningful relationships in our lives—and do so without relying on plot.

In What Are You Going Through, Nunez leans on the writer’s introspective tendencies to the point where the novel veers into essayistic territory. She begins one section with the proclamation “Women’s stories are often sad stories,” then shares the separate experiences of two women. One contemplates what it means to grow older, while the other has an inappropriate interaction with an elderly man. Individually, these moments may feel unrelated to the writer, but together they create a larger portrait of the pain she endures and how she tells stories to make sense of it.

This becomes important for the writer as she witnesses the suffering of her dying friend. Though the situation is steeped in sadness, it’s never melodramatic. Nunez describes the friend’s plan in declarative prose, and finds the space for humor just when it’s needed most. After the writer tells her friend she’ll accompany her to the end, the friend says, “I promise to make it as fun as possible.”

As their plan is set in motion, the question that connects the pieces of What Are You Going Through becomes clear: At what point is the pain too much? The two women don’t know the answer. They are both finding it difficult to categorize what they are going through. The friend doesn’t know how to describe her new relationship with the writer, and simply refers to it as “all this.” The writer remarks to herself, “all this: the inexorable, the inexpressible.” It’s a sentiment echoed throughout the book: sometimes the only words we have are insufficient to express what we really want to say. 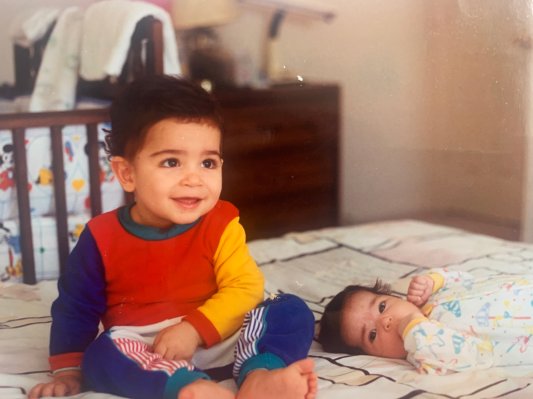 The Meaning of My Sept. 11 Birthday
Next Up: Editor's Pick