While some new big-budget films, like Disney’s Mulan, are premiering on streaming services, others, like Christopher Nolan’s Tenet, are attempting to lure consumers back to theaters despite the risk of indoor transmission of COVID-19.

Movie fans who don’t want to take chances with their health might be feeling a bit frustrated they can’t enjoy a flick in the theaters, complete with extra-buttery popcorn and shuffling past other people’s kneecaps to get to your seat.

But fret not! The latest and greatest in home theater tech can help you get pretty close to replicating the movie theater experience at home—and without sitting through 30 minutes of previews or dealing with a bunch of people talking or texting through the movie. Here’s how to give your living room a movie-watching upgrade:

Turn off motion smoothing for your own sanity

Motion interpolation—or motion smoothing—essentially creates extra frames between each frame of a movie in an attempt to simulate more frames per second, and thus a smoother image. That “smoother image” has the unintended effect of giving whatever you’re watching the look of a soap opera (which is why it’s often called the “soap opera effect”).

If you talk to anyone familiar with film or TVs, you’ve probably heard them decry the seemingly ubiquitous inclusion of motion smoothing as the default setting on new TVs. Listen to their advice: If you love film, or at the very least want to watch movies like you’re in a theater, turn off motion smoothing, for everyone’s sake.

You might not think there’s anything wrong with your TV when enjoying your favorite sitcom, news broadcast, or animated flick. But you might not be seeing everything you should be, especially with darker shows or movies—remember the dimly lit scenes in Game of Thrones? If you want to get the most out of your TV’s ability to handle dark lighting, bright colors, and proper contrast, you’ll need to recalibrate it.

Calibration involves adjusting various picture settings on your TV and media player to view a film as intended. While it might sound intimidating, it isn’t that complicated, as long as you’ve got yourself the proper tools. In this case, to properly calibrate your setup for films, you’ll need the assistance of a “benchmark” test disc, used to adjust settings for a movie watching experience that takes into account your setup instead of relying on your TV’s default settings.

The most popular consumer benchmark test disc comes from video decoding experts Spears & Munsil, which makes both HD and Ultra test discs. Another option is Disney’s WOW (World of Wonder) Test Disc, available as a DVD or Blu-Ray disc.

Get a proper Blu-Ray player

Players range anywhere from $200 to nearly a grand, but you can find a pretty inexpensive and capable contender in Microsoft’s Xbox One X and (cheaper) Xbox One S consoles.

A bias light—or backlight—is a simple but welcome addition to any TV setup, whether you’re watching films, playing games, or just late-night channel surfing. Bias lights go behind your TV, casting a dim light behind the screen.

Why use a bias light? For one, it puts less strain on your eyes, an obvious plus. It also helps your eyes better notice contrast on the screen, since your eyes are not struggling to compensate for a rectangle of brightness in a pitch-black room.

Some bias lights are simple LED strips that glow at whatever intensity you dial in. Others, like the higher-end Philips Hue Play, take into account what’s on the screen, adjusting brightness and color accordingly (or based on your picks).

If you’re not into getting a library of discs or an expensive box to stick under your TV, then you’ll need to properly prepare your internet connection to get high-def movies to your TV as quickly as possible. Wireless streaming is great, but you’ll get a more stable connection and a higher image quality with a direct connection. That’s where the humble Ethernet cable comes in. Connect it to either your streaming media box or TV itself and you won’t have to worry about the limits of wireless data transmission.

Get a soundbar, any soundbar

Visual fidelity is important for the best viewing experience, but audio can make or break a film, especially if your home theater setup depends on your TV’s internal speakers. Most TVs have underpowered speakers that simply can’t handle the higher or lower frequency ranges essential to a theater-like experience. Instead of springing for a full-blown surround sound system, you can rectify the issue with a soundbar and subwoofer setup.

Rather than watching a blockbuster through speakers that make explosions sound like tinny bursts emanating from a turn of the century Victrola, a soundbar with a subwoofer can add a new dimension of audio quality and range that’ll make you feel like you’re actually in a theater (or as close as you can be). You can find soundbars with subwoofers priced anywhere from $200 to a grand, but anything is better than your TV’s built-in audio.

In addition, some soundbars can double as traditional speakers you can pair to your smartphone using Bluetooth, or control via voice assistant. High-end soundbars, with features like Dolby Atmos, can simulate a surround-sound setup without forcing you to install hardware or run speaker wires through your walls.

So you’re ready to become a cinema aficionado, prepared to emerge from this quarantine with a cinematic knowledge so obscure you’re sure to be the life of any social distanced event. If you’ve already watched the most popular blockbusters of this decade, why not dip into the more esoteric films? With Letterboxd, a movie database with social networking elements (you can follow friends, make lists of films, and share the ones you’ve seen) you can keep track of all the cinematic masterpieces you’ve watched, all the flicks you want to watch, and all the films you’ve already seen.

Since most Letterboxd users already have an interest in cinema by virtue of being on the site in the first place, curated lists are often spot-on, reviews are thoughtfully crafted, and trolls are virtually nonexistent. 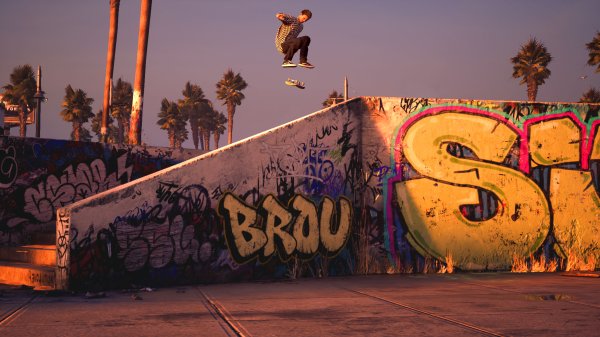 Tony Hawk's Pro Skater 1 + 2, a Nostalgia Trip With Plenty of Growth, Is Right at Home in 2020
Next Up: Editor's Pick