Tom Seaver of the New York Mets winds up to throws a pitch against the Baltimore Orioles during game 4 of the 1969 world series on Oct. 15, 1969 at Shea Stadium in Queens, New York. The Mets won the Series 4 games to 1.
Focus on Sport/Getty Images
By Sean Gregory

Sports fans learn a basic lesson at an early age; almost anything can happen on the field. After all, the 1969 New York Mets—the Miracle Mets—won the World Series.

Hall of Fame pitcher Tom Seaver—whose death at age 75 following complications from Lewy body dementia and COVID-19 was announced Wednesday—was the unquestioned star of that much-remembered team; Seaver was nicknamed “The Franchise.” He won the first of his three Cy Young Awards the Mets in 1969; the Mets were 10 games behind the Chicago Cubs on Aug. 14, but went 38-11 the rest of the way. After Aug. 5, Seaver did not lose a game for the rest of the season.

The Mets, an expansion franchise awarded to New York City after its two National League teams, the Dodgers and the Giants, switched coasts, were a joke before Seaver arrived in 1967 and won Rookie Of The Year honors. “Can’t anybody here play this game?” manager Casey Stengel uttered while managing the inaugural ’62 squad, which finished 40-120. The Mets never had a winning record before 1969; thanks to “Tom Terrific,” they were honored with a ticker tape parade that October. For a generation of Americans, Seaver and the ’69 Mets showcased what’s possible in sports.

Supremely confident and unafraid to speak his mind, Seaver knew he had sway. Seaver, who grew up in Fresno, Calif., and attended the University of Southern California, said before the Mets faced the Baltimore Orioles in the 1969 World Series that if the Mets won, he was going to buy an ad in a newspaper saying “if the Mets can win the World Series, then we can get out of Vietnam.”

On the mound, Seaver studied his mechanics and the habits of his opponents with a scientist’s eye. He famously dragged his right knee on the mound when unleashing a fastball. “As Seaver fans are well aware,” wrote Sports Illustrated, “when he gets a dirt smudge on the right knee of his pants, it means he’s sharp.” In 1970 against the San Diego Padres, he struck out 10 straight batters in a game; no pitcher has done so since. The Mets reached another improbable World Series in 1973—the team finished the regular season with just an 82-79 record, but still won its division, but lost to the Oakland A’s in Game 7. Seaver collected another Cy Young that season, and a third in 1975.

But, after a feud with Mets management and New York sports columnist Dick Young, who wrote that Seaver’s wife was jealous of Nolan Ryan’s wife since Ryan was making more money, Seaver demanded a trade. In today’s struggling sports media environment, the notion of a local journalist running a star out of town seems absurd. In 1977, Seaver was dealt to the Cincinnati Reds; two other Mets players were also moved to other teams. Seaver gave a tearful press conference: it was dubbed the Midnight Massacre.

Without Seaver, the Mets entered a late-70s/early-80s malaise. He returned to the team in 1983, and made a memorable opening day start at Shea Stadium. After finishing his pre-game warmups, Seaver walked from the bullpen to the dugout as a packed house roared, welcoming him home. The Mets won that day, but finished last again; they failed to protect Seaver that off-season in a free-agent compensation pool, thinking no team would take the 39-year-old. The Chicago White Sox selected him—shocking and saddening both Seaver and the Mets. In 1985, Seaver won his 300th game in a White Sox uniform—at Yankee Stadium, no less. It was a cruel twist for Mets fans convinced Seaver should have accomplished this milestone in Queens, with their team. Losing Seaver, however, opened opportunities for New York’s promising young pitchers of that era. In 1986, the Mets won the World Series. They haven’t won the title since.

Baseball historian Bill James, godfather baseball analytics. defined the 1970s as the “Tom Seaver Era” in a 2019 article about pitchers of that time. Seaver was just that good. He’s sixth on the all-time strikeout list, finishing with 3,640 strikeouts over his 20 seasons. He K’d more than 200 hitters for nine straight seasons, from 1968 through 1976, his last full season with the Mets before the Midnight Massacre. In 1992, Seaver was named on 98.8% of Hall of Fame ballots, a record percentage at the time.

After engineering an early sports miracle, and establishing consistent excellence over a decade, Seaver will long be remembered. “He is the greatest Met of all-time,” former Mets first baseman Keith Hernandez tweeted Wednesday. “No one will ever surpass him who wears the orange and blue.” 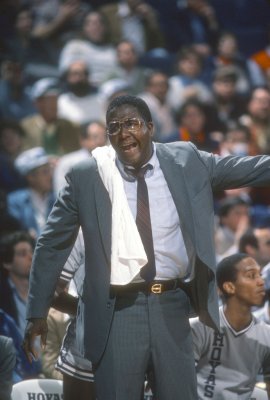 The Undeniable Influence of John Thompson
Next Up: Editor's Pick