Over pancakes and sausage at Frank’s Diner in downtown Kenosha, Wisc., Anna Primus was mildly miffed. President Trump, whom she supported in 2016, was visiting Kenosha that day, and the 61-year old retiree didn’t think it was such a good idea.

The city has been torn apart since the shooting of Jacob Blake by local police (“seven times is a bit much to me,” Primus says), and residents were worried the President’s visit Tuesday would inflame tensions. After losing two friends to COVID-19, Primus wishes the President would be a little more responsible about public health guidelines. (“Put a mask on in public appearances—just put it on!”) And she rolls her eyes at Trump’s penchant for outrageous statements. “Don’t compare this to golf, are you serious?” she says, referring to Trump’s comment that the officer who shot Blake “choked” like a golfer missing a tap-in putt. She shakes her head, as if she were scolding a dog who just can’t stop chewing on shoes.

Still, Primus says she will reluctantly vote for Trump again in November. She believes the Democrats have gone too far left, and opposes what she sees as the “anger” of the anti-Trump movement. “People didn’t like Trump getting elected, and they categorized anybody who voted for him, they called us racist and homophobic,” she says. “I feel like this campaign has been all about not liking Trump.”

A supporter of Jacob Blake’s family holds a sign up at a peaceful gathering near the site where Blake was shot by police in Kenosha, Wis., on Tuesday Sept. 1, 2020.
Patience Zalanga for TIME

Just blocks away from Primus’s pancake lunch, the divisions were visible on the streets of this southeastern Wisconsin city. Black Lives Matter activists, wearing black T-shirts or carrying black flags, and Trump’s supporters in red MAGA hats or T-shirts, sneered at each other against the plywood-brown backdrop of Kenosha’s boarded-up downtown. The only color missing was Biden blue. (Democratic nominee Joe Biden’s campaign did not respond to requests for clarification about whether Biden would be visiting Kenosha.)

As racial justice activists marched peacefully through downtown to protest the President’s visit, chanting “No Justice, No Peace,” Trump supporter Rhonda Dutton stood to the side and yelled, “Shame on you!”

“Mayhem and anarchy has been going on. They are rallying behind someone who broke the law,” Dutton says, referring to Blake, who was shackled in his hospital bed because of an outstanding arrest warrant. “It’s very upsetting to see our town be destroyed for something that could have been easily avoided if he just obeyed commands.”

“This is a nation of laws, we all go by these laws, we all obey these laws, and when we don’t, we have the same risk of being shot,” says Dutton, who is white. (Black Americans are significantly more likely to be shot by police than white Americans.)

And Kyle Rittenhouse, the Trump supporter who shot and killed two protesters last week? “He’s a patriot defending private property,” said Michael Rottman, Dutton’s stepson, who wore a Trump 2020 tank top displaying his shaved chest and massive muscles. “It’s unfortunate that he had to shoot someone and end life, but, you know, those people are out there causing violence, arson, and anarchy.”

A few dozen Black Lives Matter activists, including one with an Antifa flag, marched near the Kenosha courthouse as Trump supporters jeered and taunted. One young Trump supporter watched the protests wearing a T-shirt that said “Trump 2020 because F-ck You.”

Still, the scene was muted compared to demonstrations last week. “We want to get the point across peacefully,” says 15-year old Michael Adams, a half-cousin of Blake. “It’s the out-of-towners who come here and burn businesses that have been in Kenosha for years.”

The Rev. Jesse Jackson speaks as he and Justin Blake, uncle of Jacob Blake, meet with reporters near the site where Jacob Blake was shot by police in Kenosha, Wis., on Tuesday Sept. 1, 2020.
Patience Zalanga for TIME

Buildings throughout downtown Kenosha are now boarded up to prevent looting; several buildings and cars have been burned. Many owners have sprayed “kids live upstairs” on the windows to dissuade would-be arsonists. Locals have attempted to brighten up the storefronts by painting them with flowers and faces and inspirational slogans about peace and love. But the effect was similar to a cartoon character on a Band-Aid: cheery, but useless.

As Tim Grogan inspected the plywood boards protecting the windows of a building he helps manage, he said he was “going back and forth” on how to vote in November. Grogan voted for Trump in 2016, but acknowledges that the President “says a lot of stupid sh-t.” In the aftermath of Blake’s shooting, Trump “probably should have met with the family and stuff,” Grogan says.

A supporter of President Donald Trump waits to see the President's motorcade in Kenosha, Wis., on Sept. 1, 2020.
Patience Zalanga for TIME

Instead, on Tuesday Trump visited Kenosha businesses that were destroyed in the protests and attended a community roundtable on public safety. “I think the police do an incredible job, and I think you do have some bad apples,” he said, adding that some cops “choke” because “they’re under tremendous pressure.”

As Grogan kept talking about the President, it became clear that while he might be conflicted about Trump’s behavior, his vote wasn’t really up for grabs. He described a house he had bought in Arizona during Barack Obama’s presidency and then sold at a huge profit under Trump. (“I made a lot of cash,” he mused. “That matters.”) Then Grogan, 52, declared that he was “pretty much totally” going to vote for Trump. “It’s not like I’m going to vote for Biden,” he says.

Indeed, most Kenosha residents say that Blake’s shooting and the subsequent protests have done little to change anybody’s mind ahead of the November election. If anything, they say, it’s just entrenched both sides further. “I feel like it has mostly galvanized people in their opinions that they’ve already had,” says Austin Babel, 21-year old college student and server at a diner. “But I certainly think that it threw a wrench in into things as far as people’s opinions of the rioting and the looting, because it’s very very different when it comes to your city.”

Most Popular on TIME
1
Trump Paid Just $750 in Income Tax: Report
2
McMaster: No Military Role in Election Transition
3
Everything You Need to Know About Nurse Ratched Before Watching the New Netflix Show 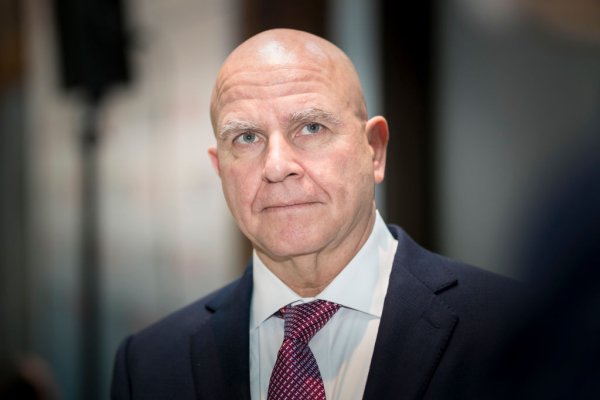