A peaceful gathering early Tuesday near the site where Jacob Blake was shot by police in Kenosha, Wis., on Sept. 1, 2020.
Patience Zalanga for TIME
By Josiah Bates

As the city of Kenosha, Wis. continues to process the aftermath of the police shooting of Jacob Blake—and the ensuing shooting of two protesters by a teen gunman—activists and community leaders in the city fear that President Donald Trump’s visit will serve as a basis for renewed division and unrest.

On Wednesday, Joe Biden’s campaign announced that he will also visit Kenosha on Thursday, leading to further concerns that the city will remain a cultural flashpoint.

Trump supporters took to the streets during his visit, sparring with Black Lives Matter protesters in contentious scenes. Not long after Trump left the city, a fight broke out between a Trump supporter and a group of counter demonstrators.

“To be used as a tool during his campaign is not fair to the people of Kenosha,” Anthony Davis, President of the Kenosha NAACP, tells TIME. Davis is one of a number of community leaders in the city who believe the President visited the city to sow dissension among its citizens, politicize the shootings and condemn those who were involved with looting and property damage.

“The president has shown himself to be an agitator,” Davis says. “You have outside forces that come into our community—and they don’t love our community as we do.”

Tom Gram, a Kenosha business owner whose store was burned down last week, told local news station WTMJ-TV that he declined an offer to partake in the president’s tour. Trump later appeared at Gram’s store with its former owner (who still owns the property), who was presented as if he were the current owner.

“I think everything he does turns into a circus and I just didn’t want to be involved in it,” Gram said.

President Donald Trump talks to business owners as he tours an area damaged during demonstrations in Kenosha, Wis. on Sept. 1, 2020.
Evan Vucci—AP

Trump’s visit to Kenosha came just over a week after Jacob Blake was shot in the back seven times by Kenosha police officer Rusten Sheskey, one of several officers responding to a “domestic incident” at which Blake was present.

Speaking on behalf of the Blake family’s legal team, attorney Benjamin Crump confirmed that the president reached out to Blake’s mother’s pastor to begin a conversation with her, but then declined to speak with her once it became apparent that the family’s lawyers would monitor the call.

“If the call had occurred, Ms. Jackson was prepared to ask President Trump to watch the video of Mr. Blake’s shooting and to do what she has asked all of America to do—examine your heart,” the legal team for the Blake family said in a statement.

Trump did not meet with any members of Blake’s family during his visit.

Tanya McLean, a local activist and friend of the Blake family organized a “Jacob Blake Community Celebration” on Tuesday for people to attend in lieu of any protests. Instead of rallying against Trump or his supporters, McLean and others served food to the community, led child-friendly activities and offered COVID-19 testing.

Hundreds of people were in attendance, including members of Blake’s family. Reverend Jesse Jackson spoke at the event.

“We don’t want anyone in our community protesting right now. It’s just not safe.” McLean tells TIME of the risks associated with the spotlight currently on the city and residents’ grievances.

Protestors clash outside a courthouse after the President departs Kenosha, Wis., on Sept. 1, 2020.
Patience Zalanga for TIME

In this vein, activists want more attention on—and more investment in—changes they say need to happen within the police department.

The police department needs to provide its officers with more training on de-escalation, Davis says, and invest in body-cameras, something many Wisconsin departments don’t have. Officers were not wearing body-cameras when Blake was shot and only dispatch audio has been released.

“We need safe housing, affordable housing. We need equitable education. We are demanding change,” McLean says. “We’re no longer going to sit by and ask nicely.” 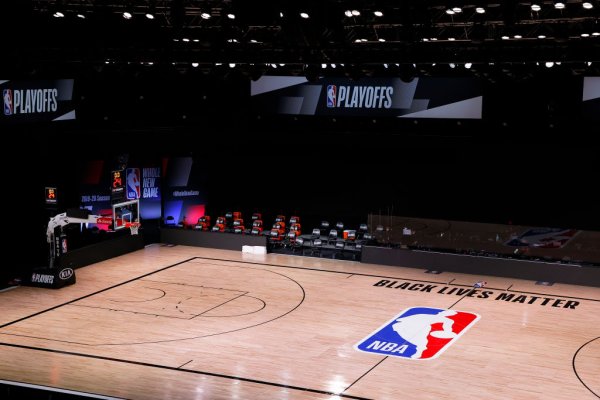 Why Jacob Blake's Shooting Sparked a Sports Boycott
Next Up: Editor's Pick