How Dangerous Is Greece and Turkey's Mediterranean Standoff?

The Eastern Mediterranean has become an increasingly crowded space, between precarious refugee crossings from Libya to Europe, the flow of arms and mercenaries in the other direction, and Russia’s new naval hub at the Syrian port of Tartus.

So when a Turkish seismic vessel began carrying out surveys in waters where Greece also claims jurisdiction, shadowed by Turkish warships, it added another dangerous element to the mix.

Since it began in mid-August, Turkey’s drilling program, and the gunboat diplomacy that has followed, has contributed to a situation so volatile German foreign minister Heiko Maas on Tuesday warned: “any small spark could lead to catastrophe.” It has prompted Turkey to announce new live-fire military drills to be held off Cyprus’s northern coast next week, with Greece planning rival navy exercises with France, Cyprus, and Italy. The dispute has divided E.U. leaders over how to manage Turkey and drawn in states as far-flung as Egypt and the UAE.

In a week in which Erdogan resolved to make “no concessions on that which is ours” and Greece announced it would extend its maritime territory around some of its islands unrelated to the dispute, the tensions are only escalating. Here’s what to know about the trouble brewing in the Mediterranean:

Why are tensions between Turkey and Greece flaring up right now?

On the surface, it’s a dispute over energy. Turkey and Greece have overlapping claims to areas of gas-rich waters in the Eastern Mediterranean. Greece’s position is that each of its islands—and there are thousands of them—is entitled to its own continental shelf with exclusive drilling rights. The E.U. has stood firmly behind Greece and last July sanctioned Turkey for carrying out seismic surveys off the north Cypriot coast. It has repeatedly warned Turkey against carrying out further exploration.

But Turkey says that is an unfair interpretation of international law that unjustly encroaches on its own exclusive economic zone. In recent months, Turkey and Greece have each sought to bolster their territorial claims by drawing up exclusive maritime economic zones with Libya and Egypt, respectively.

Beyond immediate territorial concerns, the dispute draws in historical grievances and contemporary military strategy. They include the conflicted status of Cyprus, the wars in Libya and Syria, and the ongoing power struggles in the region as U.S. influence wanes.

How have Greece–Turkey relations deteriorated in recent years?

Greek–Turkic enmity far predates the establishment of the Turkish Republic. It spans quotidian concerns such as the origins of the dessert baklava to grave disagreements over historical atrocities. But for the past half-decade, the most serious disputes have centered on the status of Cyprus.

Turkey’s 1974 invasion of the island, triggered by a Greek-backed military coup, led to Turkish troops occupying the island’s northern third and an exodus of Greek Cypriots from the area. In 1983 a Turkish-Cypriot politician declared a breakaway Turkish Republic of Northern Cyprus (TRNC), recognized only by Turkey. The Republic of Cyprus joined the E.U. in 2004 despite its divided status. Tensions between Greece and Turkey have simmered ever since, and in 1996 the two countries came close to war over two uninhabited islets in the Aegean Sea, near Turkey’s western coast.

What other factors are worsening relations?

One is the flow of migrants from the Middle East to Europe. Turkey hosts almost 4 million migrants and refugees as part of a 2016 deal with the E.U. In February, Erdogan briefly made good on a long-held threat to “open the gates” allowing tens of thousands of asylum seekers to cross over into Greece. Athens’ hardline response—including using violence against asylum seekers—drew criticism from human rights groups. Meanwhile, the E.U. accused Turkey of using migrants as a bargaining tool.

Relations further soured in July over the re-conversion of Istanbul’s Hagia Sophia into a mosque. That revived a centuries-long dispute over one of the world’s most contested religious buildings and irked Russia and Greece, the centers of Orthodox Christianity.

On Tuesday, Greece’s foreign minister Nikos Dendias accused Erdogan of advancing a “neo-Ottoman” strategy in the Eastern Mediterranean as part of an “attempt to implement expansionist aims against neighbors and allies.” That’s an allegation frequently leveled at the Turkish leader, whom critics have dubbed a “modern Sultan.”

Which other countries are involved?

It’s a long list, complicated by Turkey and European states’ entanglements in the Middle East, North Africa and beyond.

Last November, Turkey signed a maritime accord with Libya’s U.N.-backed government that would permit expanded Turkish drilling in the Eastern Mediterranean. Although it is not recognized by Washington or the E.U., the accord led to Turkey intervening militarily in Libya’s civil conflict against warlord Khalifa Haftar, who is backed by Russia. As in northwest Syria, Russia and Turkey have emerged as power brokers of the battlespace in Libya.

But it’s not only Russia that backs Haftar in Libya. France, the UAE, and Egypt have each provided military or financial assistance to his self-styled Libya National Army; and they’re all engaged in the Mediterranean dispute.

French President Emmanuele Macron—who labeled Turkey’s Libya incursion “criminal”—earlier in August briefly dispatched two Rafale fighter jets and a naval frigate in support of Greece. France, along with Greece and Cyprus, has taken a hardline stance against Turkey, compared to the more conciliatory approach favored by E.U. nations such as Germany, Spain, and Italy.

Meanwhile, Egypt earlier in August signed an accord with Greece on the development of a joint maritime economic zone that Turkey claims is “null and void.” Egyptian leader Abdel Fattah Al-Sisi has threatened to intervene militarily in Libya against Turkey. The UEA—which has deployed U.S. manufactured warplanes in Libya— reportedly sent four F16’s to Crete last week to participate in drills with the Greek military. “The adversarial positions of the UAE and Turkey across the Middle East and North Africa are spilling into the East Mediterranean dispute, as can be seen by the UAE dispatch of fighter jets,” says Nigar Goksel Turkey project director at the Brussels-based International Crisis Group.

What is Russia’s position on the crisis?

Russia has yet to make a public statement on the Greece–Turkey tensions but it is deeply entrenched in both the Eastern Mediterranean and the Black Sea, where Erdogan recently announced Turkey’s biggest ever gas find. The U.S. Navy’s top admiral in Europe warned last year that Moscow is in the process of turning the eastern Mediterranean into one of the world’s most militarized zones, in part as a result of building up a naval hub at the Syrian port of Tartus. Greek media reported this week that the Russian Navy has gathered nine military vessels between Cyprus and Syria, including three submarines.

And what has the U.S. said?

In phone calls on Wednesday, U.S. President Trump expressed concern to his Greek and Turkish counterparts over the rising tensions, urging the two NATO members to commit to dialogue, according to a White House Press Secretary. Still, although the USS Hershel Woody Williams recently arrived on the Greek island of Crete, the White House has largely left Germany to mediate the crisis. “The U.S. is not happy about being dragged into Mediterranean politics. They have enough on their plate trying to deter Russia and China,” says IISS’s Hokayem. “But the reality is that when the U.S. veers away from some of the issues and decides not to be implicated in their management, actually things get worse and the U.S. may be dragged back in.”

Is the tension likely to spill over into violence?

It’s increasingly plausible, if unlikely. War between two NATO members in the Mediterranean would be an unmitigated disaster, and both sides have voiced their desire for negotiations. But as the brinkmanship increases, so does the possibility of accidental escalation. “We invite our counterparts to smarten up and avoid mistakes that will cause their ruin,” Erdogan said on Wednesday. “Those who wish to confront us at the cost of paying a price, are welcome. If not, they should keep out of our way.”

There are few moderating voices. As Turkey’s E.U. membership prospects dwindled, it became increasingly difficult for more dovish politicians in Ankara to highlight incentives to compromise, says ICG’s Goksel. “The E.U. doesn’t have any carrots to offer Turkey that would override nationalist sentiments,” she says, “I think Ankara’s strategic thinkers sincerely want negotiations, but they don’t think they could get them unless they create havoc.” 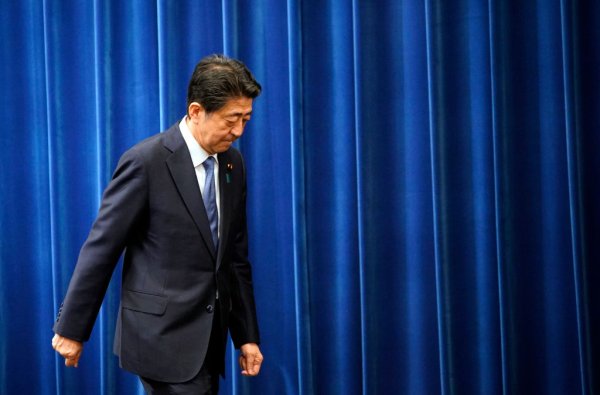