How a Political Dispute Over the Early American Postal System Could Have Jeopardized the Whole U.S. Constitution

At a time when the future of democracy is at stake, the last thing you need are sudden and ill-considered changes to the postal system undermining an essential element of popular governance.

Or at least that’s what George Washington thought. Having just recently returned from the Philadelphia convention in 1787, he understood that his sterling reputation was tied to the successful ratification of the proposed Constitution. But when the voices of opposition suddenly went silent in early January 1788, Washington knew it was not simply a matter of pro-ratification polemists such as Alexander Hamilton, James Madison and John Jay winning the argument. Rather, changes to the postal service were responsible—and, though they seemed to be working in favor of ratification, they were actually giving opponents good grounds to insist that norms were being broken and popular participation undermined.

The ratification struggle was always a bit one-sided. It produced some great political theory, most famously the Federalist Papers, but the critics of the Constitution, the so-called “Anti-Federalists,” were often silenced in myriad ways. Yet the abrupt absence of newspaper critiques—at the height of the political battle—was something else altogether.

After all, the future of the very idea of popular government was widely understood to hang in the balance. But the man with his thumb on the scale was not General Washington, it was Postmaster General Ebenezer Hazard.

In a world without radio or television—much less Twitter and Facebook—political debate often took place through newspaper articles. But for arguments over the proposed Constitution to reach, say, Philadelphia from New York City, the New York newspapers had to be “exchanged” with Philadelphia papers: post riders or stage coaches hired by the postal service to carry personal letters would also deliver—for free—newspapers from New York printers to Philadelphia printers. Through this longstanding, if informal, exchange system, news and political debate traveled from city to city through the extended republic that was early America. At least it did until Jan. 1, 1788.

Congress had tried in 1787 to formalize this system, mostly in an effort to protect what amounted to a public subsidy of political information and popular debate. Traditional practice had been that additional copies going to subscribers would often be included in the “exchange” deliveries meant for printers. Codifying the system, as Congress proposed, would have had the effect of more firmly establishing the main exchange system for printers, at the price of ending the (haphazard) subsidy of newspaper circulation more generally. When concerns about this de facto reduction of the subsidy for the press stalemated the legislative debate, Congress simply authorized Postmaster General Hazard to make new contracts.

Despite the recent debate that had, if anything, emphasized the importance of postal service for newspapers, Hazard’s new contracts allowed the post riders to simply ignore newspapers, even the “exchange” papers going between printers. And just like that, a nation-wide system for political information binding together distant states fell apart—at a critical moment of popular engagement.

Unlike our current Postmaster General, Hazard had long experience as postmaster, including arranging for exchange newspaper delivery, so he must have known what might happen. One of the Anti-Federalists’ most prominent writers, Samuel Bryan, did not see it as an accident, instead insisting that the “new arrangement at the Post-Office” was nothing less than an effort to “enslave” Americans. Another Anti-Federalist noted that, even after the battles at Lexington and Concord, the British postmasters did not dare to stop the exchange papers.

George Washington was likewise alarmed. Even more than most of the founding generation, he understood that established norms have an essential place in public life and especially in governance. “If the [exchange papers’] privilege was not from convention an original right, it had from prescription strong pretensions for continuance” especially at that pivotal moment, he wrote in a 1788 letter. To be sure, Washington desperately wanted a particular political outcome—Constitutional ratification—but, even more, he wanted a process that both was, and was seen to be, legitimate. Accordingly, he and other Federalists “wished the public to be possessed of every thing that might be printed on both sides of the question.”

Instead, post office machinations were threatening political participation and democratic legitimacy—as they are today. Like Washington and his contemporaries, we do not know what is next for the American experiment, or whether it will even survive.

When it did survive into 1789 and Washington was elected the new Constitution’s first president, he rehired virtually all of the existing government officials, except for Ebenezer Hazard. The American experiment now depends on whether we demonstrate the founding generation’s understanding that democracy is fragile and survives only thanks to the institutions that have evolved to support it.

Robert W.T. Martin, the Sidney Wertimer Professor of Government at Hamilton College, is the author of Government By Dissent: Protest, Resistance, and Radical Democratic Thought in the Early American Republic and The Free and Open Press: The Founding of American Democratic Press Liberty. 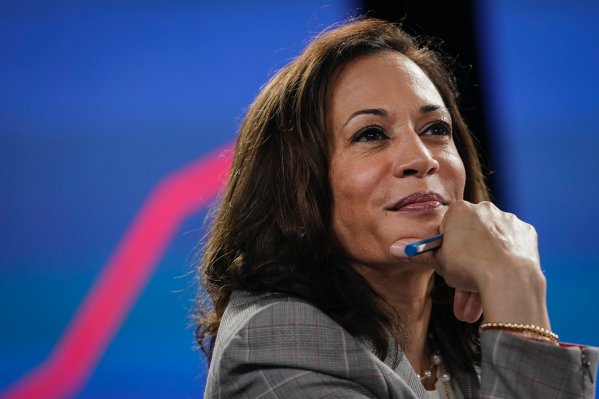 We Can't Tell Kamala Harris' Story Without the British Empire. We Can't Tell America's Without It Either
Next Up: Editor's Pick