Ahead of the 'Get Your Knee Off Our Necks' March, Revisit the Original March on Washington With These Books, Films and More

On Friday, when participants in the “Get Your Knee Off Our Necks” Commitment March converge on Washington, D.C., they will do so to call for action on a number of concerns that may seem unique to 2020—a year set apart by a pandemic, an election and calls for police reform in the wake of George Floyd’s death.

But the marchers will also be observing the anniversary of the Aug. 28, 1963, March on Washington. That day remains famous as the venue for Martin Luther King Jr.’s “I Have a Dream” speech and resonant for its still-urgent calls for equality.

Earlier this year, TIME Studios released The March, a groundbreaking immersive experience that re-created the event in virtual reality—a process that required many months of research to understand not only what it was like to be there on that day, but also the larger context surrounding the march and what led to it. In light of the anniversary, members of that team shared the resources they found most valuable for understanding that day, the civil rights movement and the history of non-violent demonstration in the U.S.

The March, an immersive exhibit, is currently closed to the public due to COVID-19. Sign up for the weekly TIME History newsletter for updates on re-opening

Co-author Andrew Aydin was a historical consultant and writer on TIME’s The March, and this graphic novel series was something I returned to again and again as we were developing and researching the project. Based on the life and work of Congressman John Lewis, the authors used primary sources to create a vivid graphic novel about Lewis’ childhood growing up in the South, his work as a young man in the civil rights movement, and his eventual election to Congress. It changed my understanding not only of the civil rights movement, but of the brilliance of the people who organized it, and the risks they and so many others took to make change in our country. — Mia Tramz

Aldon Morris examines the ten years preceding the 1963 March on Washington for Jobs and Freedom and how the culmination of local black movements since the Brown v. Board decision ushered in a new generation of civil rights activists. They were young and old, rural and urban, Christian and Muslim, Northern and Southern, poor and middle class, and nonviolent and radical. United by their shared experiences of racial oppression and indignity, they arose to become a new voice for freedom and equality. — Karcheik Sims-Alvarado

Down the Line: The Collected Writings by Bayard Rustin, introduction by C. Vann Woodward

The collecting of letters and speeches written by Bayard Rustin helps readers to learn and appreciate the organizational strength of the master strategist of the 1963 March on Washington for Jobs and Freedom. For nearly two decades leading up to the historic gathering of 250,000 demonstrators in Washington, D.C., Rustin, alongside labor organizer A. Philip Randolph, worked to address the low-wage poverty and racial discrimination experienced by African American workers. As a nonviolent practitioner, he influenced a younger generation of activists to use civil disobedience to dismantle Jim Crow laws, customs and traditions in America. — Karcheik Sims-Alvarado

While the distance of time can lend invaluable perspective to our understanding of historic events like the March on Washington, contemporary accounts are also a key part of the puzzle when it comes to capturing what it was like to be there on the day. Many newspapers and magazines that covered the civil rights movement in real time have searchable digital archives that allow you to flip through journalistic accounts of 1963 and what came before and after. And I’d be remiss if I didn’t mention TIME’s own coverage; start with the issue that proclaimed Martin Luther King Jr. the Man of the Year for 1963 and explore from there. — Lily Rothman

When going through all the archival images I was curious about one of the signs at the March that read PRINCE EDWARD. This took me on a journey into how vital education was during the movement. In Prince Edward County, Va., they decided to close their schools system to avoid integration during that time and seek private funding. I discovered Prince Edward was the prototype that led to the American private school system. Education is justice and quality education continues to be a major fight across the world. Something we must not take for granted. — Alton Glass

The Library of Congress has amassed an amazing primary collection of primary resources, most impressive of which is the Civil Rights History Project. Here you can find long-form autobiographical interviews from surviving civil rights activists, many of whom have died since their interviews. It remains a readily accessible database for first-person accounts of the movement. — Wesley Jones

Eyes on the Prize

This 14-part documentary fundamentally changed the way I understand our country and its history. Produced by Blackside Productions, the series interviews the major players of the Civil Rights Movement—including not only the movement’s leaders and activists, but also their most fierce and racist opponents. It is a singular work that every American, but especially white Americans, should watch—and return to many times. It is accompanied by the Eyes on the Prize reader, which collects transcripts of the countless interviews done for the series in their entirety, capturing important information that the filmmakers weren’t able to include in the documentary. — Mia Tramz

The live recording of the 1963 March on Washington comprises speeches given by Black leaders representing various organizations—including its youngest presenter, John Lewis. It is important to revisit the speakers’ words, especially the first half of Martin Luther King Jr.’s “I Have a Dream” speech, to be reminded that the march was a labor demonstration coupled with the demand for voting and civil rights protection. — Karcheik Sims-Alvarado 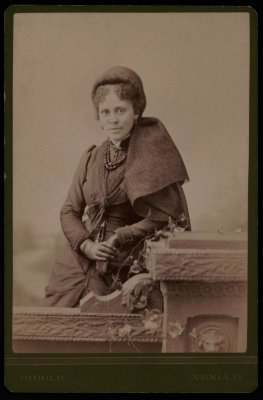 How Black Women Won the Right to Vote
Next Up: Editor's Pick