While 2020 has seen a dramatic slowdown in the day-to-day activities and lives of many Americans amid the coronavirus pandemic, fatal police shootings are still occurring at a rate consistent with previous years—and with significant racial disparities, according to a new report from the American Civil Liberties Union (ACLU).

As of June 30, 511 people have been shot and killed by police in the U.S., the report says, compared to 484 during the same time period in 2019. There has been an average of 19.4 deadly police shootings every week this year, a figure no different from fatalities recorded across the past 5 years.

During the week of Feb. 24 (which was the first week a coronavirus-related death was reported in the U.S.) police fatally shot 22 people—nearly double the amount from that week the previous five years.

“Police violence in our country is not situational, but rather endemic to our country’s policing institution,” Paige Fernandez, policing policy advisor at the ACLU said in a statement accompanying the release. “In order to address the tide of police violence that continues in Black and Brown communities… we must transform policing in this country.”

At 46%, nearly half of all fatal police shootings from 2015-2020 were of white people, according to the ACLU—white people comprise 60% of the U.S. population. 24% of those killed were Black, however, while the Black community accounts for just 12.5% of the U.S. population. (Latinx people made up 16.7% of fatal police shootings during the same time period, while representing 18.5% of the population.)

The ACLU’s data, released on Wednesday, comes as protesters across the country continue to call for the defunding of police departments, among other demands in response to a number of police killings.

The release of the report also coincides with a significant uptick in gun violence across the country. Community leaders and activists have, in response to this spike, expressed concerns that officers have been responding to protests and calls for police departments’ defunding with less investigative work and community policing.

Traditionally, officer-involved shootings have been viewed separately to violence and crime in impacted communities, but many activists and experts are now calling for a more holistic approach to proactive policing and crime reform. They argue that divesting funds from police departments and investing monies instead into community-based solutions will help curtail crime rates; furthermore, that it will also reduce the need for police officers’ presence, leading to fewer violent interactions between police and civilians.

Read more: As Inner-City Neighborhoods See a Surge in Gun Violence, These Are the Changes Community Leaders Say They Need

The ACLU’s report also suggests that police transform their use of force statutes, prohibit police from enforcing non-serious offenses, get rid of qualified immunity and end the militarization of police.

After another deadly weekend of gun violence in New York City, which saw over 50 people were shot and six killed, Gov. Andrew Cuomo noted racial disparities apparent in the shootings during a Tuesday press conference. Cuomo said he is calling for a response from the NYPD.

In New York, 12 people have been fatally shot by police through June 2020, per the ACLU. 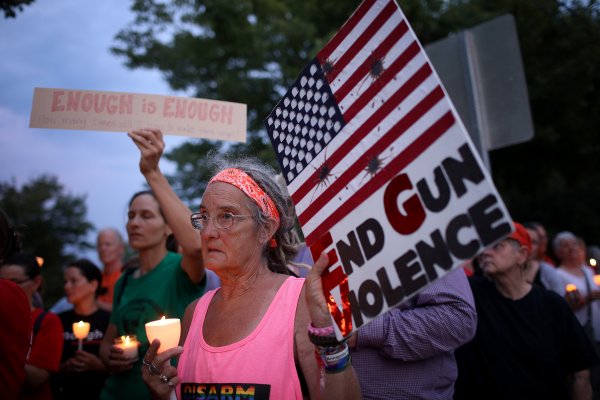