Austin Abrams and Lili Reinhart: Why must they be teenagers in love?
Amazon Studios
By Stephanie Zacharek

In troubling times, it sometimes helps to look back on even more troubling times. As a character in the romantic melodrama Chemical Hearts puts it, the teenage years are an unavoidable limbo between childhood and adulthood: “Adults are just scarred kids who were lucky to make it out of limbo alive.”

Chemical Hearts, directed by Richard Tanne and adapted from Krystal Sutherland’s young adult novel, invites you to relive the trauma of teen romance, and don’t be surprised if you get sucked right in. Aspiring writer Henry Page (played by the raffishly appealing Austin Abrams) is just starting his senior year of high school and waiting for his life to begin. Enter Grace Town (Lili Reinhart, of Riverdale), a bristly, brainy transfer student who walks with the aid of a cane. They meet as Henry looks over her shoulder, reading the line from a Pablo Neruda poem she’s highlighted. This highly annoying maneuver pays off: The two segue into a tentative romance, though Grace harbors a painful secret that threatens their future.

Painful secrets, it’s true, are a dime a dozen. But that doesn’t keep Chemical Hearts, which debuts on Amazon Prime Aug. 21, from being almost embarrassingly enjoyable. Tanne—who previously made the charming romance Southside with You, based on the early courtship of Barack and Michelle Obama—approaches the material without condescending to it, even as he acknowledges that teenage love always feels much larger than life. Part of the movie’s appeal is that it dwells in the realm of the imperfect: so many teen romances depend on a happy ending. But what does a happy ending mean, really, when you’re 17 or 18? For most of us, that age—and the smudge of time before and after—constitutes a permanent state of impermanence. Grace and Henry are both cerebral, thoughtful kids, which, in teenage terms, means they’re perfect for one another—for now. Yet the evanescence of their time together doesn’t make it any less meaningful, to them or to us.

Chemical Hearts never pretends that getting through teenagerhood is easy or fun. But if Grace and Henry can survive the perils of first love, there’s got to be hope for the rest of us. Reliving all that anxiety makes adulthood in the modern age look better—at least a little. 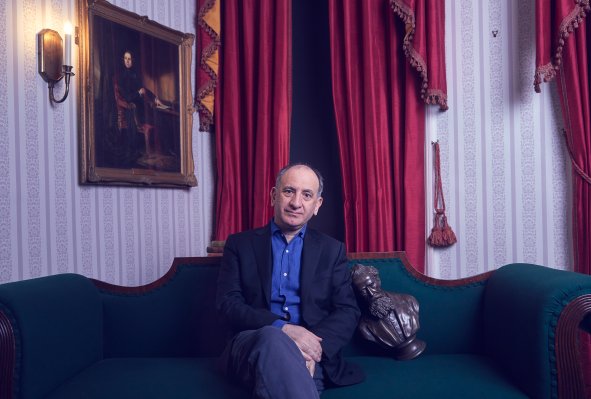