Why the Unrest in Chicago Has Been Decades in the Making

Protesters and Chicago Police clash during protests following the killing of George Floyd on May 30 in Chicago
Natasha Moustache—Getty Images
Ideas
By Mikki Kendall
Mikki Kendall is the author of Hood Feminism: Notes From the Women a Movement Forgot and Amazons, Abolitionists, and Activists: A Graphic History of Women's Fight for Their Rights.

It’s been a summer of unrest in Chicago. The homicide rate spiked. Protesters have clashed with law enforcement. There’s been looting. There’s been violence. At least once Mayor Lori Lightfoot described the actions of demonstrators as “anarchy.”

But what did city and state officials think would happen? You can’t slowly build a powder keg and then be surprised when it explodes. As someone who grew up on Chicago’s South Side, graduated from Chicago Public Schools and lived in the city most of my life, I’m certainly not.

Chicago remains one of the most segregated metropolitan areas in the U.S, and the South and West Sides, where residents are mostly Black, have faced a decades of neglect and police brutality. A 2018 analysis found that about 72% of victims of use of force by Chicago police from 2005 to 2015 were Black. During the coronavirus pandemic, unemployment has reached more than 30% in certain neighborhoods. Meanwhile, Chicago’s Black residents have died of COVID at a disproportionately higher rate than its white ones.

Budget shortfalls are frequently cited when anyone complains about inequality in Chicago schools, transit and every other city service, but how the money is allocated is a reflection of priorities. More than a month after the schools were closed by COVID-19, the city had not yet figured out how to ensure all public school students could continue their learning. In July the city cut funds to a high-performing childcare center in Englewood, a neighborhood that lacks options for working parents and their children. In the middle of a pandemic with a deficit in hospital beds, the state legislature failed to approve funds for a plan intended to keep four hospitals open on the city’s South Side.

Meanwhile, an analysis by the nonprofit journalism organization Injustice Watch found that police spending per capita has nearly tripled in the last 40 years. According to U.S. News, Chicago spends $660 per capita, second only to New York’s $671, whereas Los Angeles spends $436, Houston spends $403 and Phoenix spends $429. This figure is alarming given the falling crime rates in the city since the ‘90s, the low clearance rates for criminal cases and the high cost of officer misconduct lawsuits. Besides, if Chicago were serious about ending violence, one way to show it would be to actually fund the Cook County witness protection program, so that those able to testify against criminals would feel safer doing so.

While Mayor Lightfoot has talked about the importance of ending poverty and reducing gun violence, she has defended the police again and again this summer even as residents act in desperation. For just one example of the skewed priorities of Chicago politicians, consider what happened this month after hundreds of people looted the city’s Magnificent Mile. Mayor Lightfoot restricted access to the Loop, the city’s downtown area, by ordering river bridges raised. She did this previously in the days after George Floyd’s death when downtown businesses were looted and vandalized, calling in the Illinois National Guard as well. Yet there’s been no such mobilization to make other areas safer despite shootings happening all over the city. The message is clear: The windows in downtown Chicago are more important than the children at risk of violence from gangs and police.

Many have argued that looting is not the solution, that it could undermine legitimate protests and reduce sympathy for the very real issues. But at some point, there must be space to demand accountability for the ways that the city redirects tax dollars away from the places with the greatest need. Corporations rarely pay taxes, but the residents of neighborhoods often decried as the most violent pay a proportionally higher property tax rate and get less for their funds than other communities in the city. Chicago’s misuse of Tax Increment Financing (TIF) funds has also had serious consequences for marginalized communities. While the money is supposed to be earmarked for things like infrastructure improvements and revitalizing commercial strips in underserved communities, it is instead doled out in ways that make already well-off parts of the city even more valuable. Apparently, looting is a legal Chicago pastime when it comes to tax revenues.

At the end of July, President Trump announced a surge in law enforcement as part of what he called Operation LeGend. “For those people in Chicago and other cities where we’ll be: Help is on its way,” he said. This is not the help we need. But I suppose it’s easier to send in officers with weapons to try to control the Black and brown people who live there than to ensure their health, safety and financial well-being.

What’s happening in Chicago is what happens when people are pushed to the brink. Violence is an epidemic in the city, a public health emergency that politicians refuse to address in any meaningful way. Just as we should pay attention to science when it comes to fighting the coronavirus, we should follow the advice of the experts when it comes to reducing gun violence. And research has found that it is done with investment in low-income neighborhoods.

The situation in Chicago did not come out of nowhere. It is the result of decades of choices about who matters in the eyes of those who control resources. If you continually deprive people of the ability to fulfill even the basic needs of their families, what do you really expect? 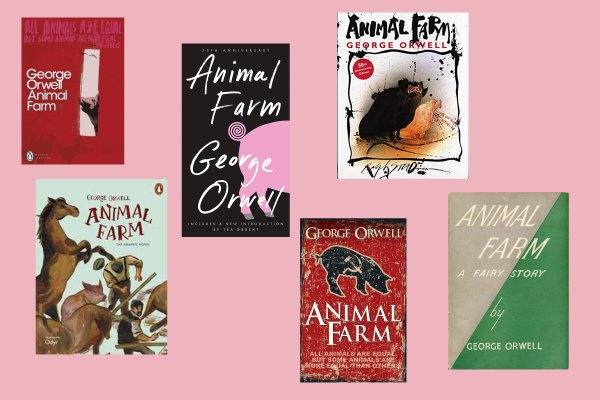 The Searing Relevance of Animal Farm in 2020
Next Up: Editor's Pick