President Donald Trump has nominated a string of controversial ambassadors in the last four years, including a Palm Beach luxury handbag designer to South Africa and a Los Angeles dermatologist who had to be ordered to return to his post in Iceland from Southern California.

His latest pick — retired Army Col. Douglas Macgregor to be ambassador to Germany — has also turned politics in Washington on its head, in another sign of the growing gap between the U.S. and its longtime allies as they confront new international challenges like coronavirus and climate change.

Although Macgregor knows German history and speaks the language, some Senate Republicans are quietly urging the White House to withdraw his nomination after a series of Islamophobic, racist, and even anti-German remarks were unearthed earlier this month by CNN.

Some Democrats privately say they hope Trump stands by his pick so Macgregor gets a hearing before the Foreign Relations Committee — where they can publicly lambast him before voting against his appointment.

Among other things, Macgregor has frequently criticized the German government and referred to Muslim refugees there as “unwanted invaders,” suggested on Russian state television that Moscow’s annexation of Crimea and attack on eastern Ukraine are justified because eastern and southern Ukrainians are “clearly Russian,” and said the Democratic Party favors illegal immigration “to create demographic change that will make them the permanent power inside the borders of the United States.”

“Colonel Macgregor’s public statements over the years on immigration, Muslims, and our relationship with Germany should disqualify him for any government office, much less to represent the United States as an ambassador,” said Sen. Robert Menendez, the ranking Democrat on the Foreign Relations Committee, in a statement to Time. “Even if his views reflect those of President Trump, it is incumbent on the entire Senate, including Senate Republicans, to reject the nominee.”

While Macgregor’s remarks on Muslims and Mexicans may be enough to sink his nomination, his embrace of Trump’s attacks on Germany and Chancellor Angela Merkel are part of a deep contradiction at the heart of Trump’s foreign policy. While Trump attempts to exert maximum economic, political, and sometimes military pressure on American adversaries such as Iran, China, and North Korea, the president attacks allies and leaders such as Merkel whose support is necessary to his agenda. On July 29, days after he nominated Macgregor, Trump approved a plan to redeploy some 12,000 U.S. troops from Germany, a move many interpreted as retribution for the President’s oft-repeated complaint that Berlin does not spend enough on its defense.

The overall effect, current and former officials say, is that the political, economic, and military alliances the U.S. had led since the end of World War II are crumbling as China, North Korea, Iran, climate change, and global pandemics pose new threats to the U.S. “Mr. Macgregor’s appointment is solely designed to further erode and damage U.S.-German relations,” says Heather Conley, a vice president at the Center for Strategic and International Studies (CSIS) in Washington, building on what she called “the damaging tenure” of Trump’s previous ambassador, Ric Grenell.

Though Germany is not the only ally in Trump’s crosshairs — Japan, South Korea, and even Canada have enjoyed similar treatment — the President has gone out of his way to whip up long-dormant anti-German sentiment in the U.S, observers say, despite being of German heritage himself. “While anti-Americanism is a well-known feature of parts of the German public, anti-Germanism has been virtually absent from America for several decades,” says Thomas Kleine-Brockhoff of the German Marshall Fund office in Berlin. “President Trump has been an innovator in that he has introduced the concept of anti-Germanism to America’s foreign policy.”

That stance reflects a few important things about Trump’s vision of the world, says a senior U.S. diplomat who requested anonymity. First, because the President does not consider Russia an adversary, he thinks America is spending too much to defend Germany and other NATO members from Moscow, the official says. Secondly, viewing relationships as mostly transactional, he believes that Germany is not spending enough on its defense. And third, the official says, Merkel in particular is a target because “everything with Trump is personal,” and he considers her, not Russian President Vladimir Putin, a rival for power and global attention.

Macgregor has echoed Trump’s gripe that Germany does not spend enough on its defense, once accusing Berlin of being more concerned with providing free services to Muslim immigrants than it is with funding its armed forces. However their allegation that Germany is “delinquent” because it spends less than 2% of its GDP is false: The 2% figure they routinely cite is a 2024 target for all NATO members, not a current obligation.

Trump’s personal animosity toward the German leader began before he became president. When TIME named Merkel its 2015 Person of the Year, Trump tweeted:. “I knew that @TIME magazine would never pick me as person of the year despite being the big favorite (sic) They picked person (sic) who is ruining Germany.” He was named the 2016 Person of the Year.

Macgregor’s office did not respond to a request for comment. Earlier this month White House spokesman Judd Deere called Macgregor “enormously qualified,” and added: “While the Swamp may feel threatened by President Trump’s nominee, who strongly believes in putting America first, the White House wants to see this critical diplomatic post filled without delay.” The State Department referred a request for comment to the White House, which had new no comment.

“An exercise in narcissism”

Macgregor’s nomination is the latest symptom of what ails Trump’s foreign policy, say former Deputy Secretary of State William Burns and other current and former national security officials. Even if it is withdrawn and Trump fails to win a second term, the damage done to German-American relations, and by extension to other U.S. allies in Europe and Asia who now question whether America will honor commitments to them, will be hard to reverse, they say.

Similarly, it could take years to repair the damage that Trump’s dislike for diplomacy and his choice of ambassadors has inflicted on the State Department and the U.S. diplomatic corps, more than a dozen current and former U.S. officials and Foreign Service officers have said in recent months.

On July 28, the Democratic staff of the Senate Foreign Relations Committee issued a report condemning the Trump Administration’s “decimation” of the State Department at home and abroad, with career diplomats describing “a complete and utter disdain for (their) expertise” and even “contempt” for career employees.

Only two Foreign Service officers have been confirmed by the Senate as senior State Department officials: David Hale is the Director of Policy Planning, and Carol Perez is Director General of the Foreign Service, a post that by law must be held by a career diplomat. The other top-rung positions are held by political appointees, the most important of whom are West Point classmates of Secretary of State Mike Pompeo, or by officials in an acting capacity, which strengthens Trump’s grip on the bureaucracy he distrusts.

The percentage of ambassadors who are political, like Macgregor would be, rather than professional is the highest in modern history, says Eric Rubin, a career ambassador and president of the American Foreign Service Association. The Foreign Service Act of 1980 mandates that all ambassadors be fully qualified, and stipulates that while presidents may “from time to time” nominate political appointees, such jobs “normally” should go to career members of the Foreign Service, he says.

The impact of that has borne out in both embarrassing moments for U.S. diplomats and dysfunctional U.S. missions in several capital cities across the Atlantic.

In the Netherlands, U.S. Ambassador Peter Hoekstra, a former Michigan congressman, visited a Dutch cemetery on July 30, apparently unaware that among those buried are a number of members of Nazi Germany’s Waffen SS, an elite unit that played a major role in rounding up and exterminating Jews and others during the Holocaust.

A State Department Inspector General’s report released Aug. 12 found that Trump’s Ambassador to the UK, New York Jets co-owner Woody Johnson, made “inappropriate or insensitive comments on topics . . . such as religion, sex, or color.” While the IG did not comment on media reports that Johnson lobbied his hosts to hold the British Open tournament at Trump’s golf course in Scotland, it criticized him for treating any hesitation or questioning by career diplomats as “resistance.” In echoing the president’s allegations of a “deep state” that seeks to undermine him, Johnson has run through three deputy chiefs of mission, said the senior U.S. diplomat.

The ambassador to France, Jamie McCourt, a former CEO of the Los Angeles Dodgers baseball team, reportedly harbors similar suspicions, telling one deputy she suspected that some of her staff were part of the deep state. She has refused to hold regular meetings with her country team as a result, according to officials in Paris and Washington. Like Johnson, one diplomat noted, McCourt has had three deputies.

That count is topped by Jeffrey Ross Gunter, Trump’s ambassador to Iceland, who is currently on his seventh deputy and not long ago had to be ordered by Secretary of State Mike Pompeo in a phone call to return to his post from his home in Southern California. Gunter, who among other things requested special security measures in Reykjavik, one of the safest cities on earth, has proved so difficult to work with that the State Department has set up a rotating set of deputies for him, two current officials familiar with the situation say.

Those issues are symptoms of a larger problem. “The hollowing out of the State Department and the methodical sidelining of career expertise is making policymaking an exercise in narcissism, not one shaped by the rule of law and informed by facts and experience,” Burns, now President of the Carnegie Endowment for International Peace, told TIME earlier this year. “The wider danger is that we’re hollowing out our image and influence abroad.” 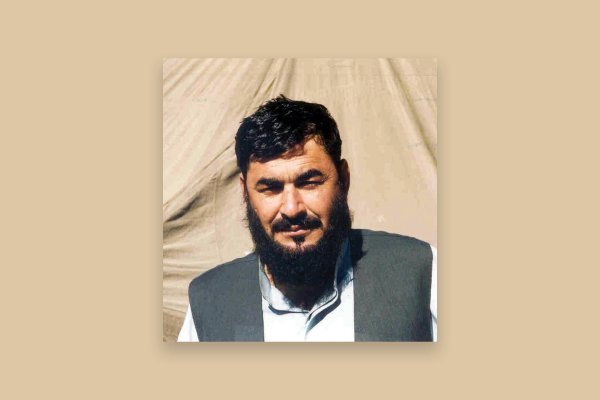