Yale University illegally discriminates against Asian Americans and White applicants in undergraduate admissions, the Justice Department told the school in a blistering letter that cited a two-year investigation and demanded the college immediately change its process.

Yale violates federal civil rights law by showing bias against applicants based on race and national origin and making those criteria “the determinative factor” in hundreds of admissions decisions each year, the U.S. said in Thursday’s letter, threatening to sue the school by the end of the month if it persists.

Asian American and White people have only one-tenth to one-fourth the chance of being admitted as African Americans with comparable academic credentials, according to the government.

“There is no such thing as a nice form of race discrimination,” Assistant Attorney General Eric Dreiband said in the letter. “Unlawfully dividing Americans into racial and ethnic blocs fosters stereotypes, bitterness and division.”

The letter, which comes amid a re-election campaign by President Donald Trump that leverages race, demanded that Yale agree not to use race or national origin in selecting students for its next admissions cycle. If it considers those factors after that, the government said, it must first submit a plan showing its use of them is “narrowly tailored” as required by law, and must give a date for “the end of race discrimination.”

Yale said it has “cooperated fully” with the department’s investigation and “categorically denies” claims of discrimination. It considers factors beyond just test scores and grades, including extracurricular interests, leadership potential, an applicant’s background and how a student could contribute to the Yale community, spokesperson Karen Peart said in an email.

“Given our commitment to complying with federal law, we are dismayed that the DOJ has made its determination before allowing Yale to provide all the information the department has requested thus far,” Peart said. “Had the department fully received and fairly weighed this information, it would have concluded that Yale’s practices absolutely comply with decades of Supreme Court precedent.”

That precedent played a central role in Harvard University’s defeat last year of an anti-affirmative action group’s lawsuit that claimed the nation’s oldest college discriminated against Asian Americans in admissions — a ruling likely to be challenged all the way up to the high court.

“I see this as hand in hand with the Harvard lawsuit,” said Vinay Harpalani, a law professor at the University of New Mexico. “If you have multiple cases against multiple universities, that’s the reason for the Supreme Court to take the case and resolve the matter.”

In addition to that legal strategy, he said, the letter appears designed to put “social pressure on universities to eliminate the use of race-conscious admissions policies.”

The future of the case may hinge on the outcome of the election, said Linda Chavez, chairman of the Center for Equal Opportunity, a conservative think tank. If former vice president Joe Biden wins, the Justice Department “would pull back immediately,” Chavez said.

“But if student plaintiffs file cases, it’s not going to stop the cases from going forward, because there are real issues here, and they haven’t been adequately resolved,” she said.

In the Harvard case, the Justice Department weighed in to argue that Harvard had violated the law by using a subjective personal rating system and said the school couldn’t defend its use of race as a component in admissions decisions to promote diversity. In supporting the plaintiffs, the U.S. claimed that Harvard’s admissions process was “infected with racial bias” and that public funds, which the college draws, shouldn’t be used to “finance the evil of private prejudice.”

“It’s all about the Trump administration being hostile to affirmative action,” Tom Saenz, president and general counsel of the Mexican American Legal Defense and Educational Fund, said of Thursday’s letter. “They saw Harvard win in court, so now they’re trying to go after Yale” in a way that may avoid court review.

“We’ve seen this before,” Saenz said. “They redefine ‘civil rights’ as meaning this type of case — meaning reverse discrimination.”

Like the letter, the suit against Harvard claimed that the school illegally engaged in “racial balancing” by artificially limiting Asian Americans’ numbers and, in that case, favoring African American, Latino and White applicants. But U.S. District Judge Allison Burroughs, who presided over a nearly monthlong trial, concluded that the college didn’t discriminate against Asian Americans and that its consideration of race as one factor among many was lawful.

In a 130-page ruling, Burroughs said Harvard used race “in a flexible, non-mechanical way” and considered it “as a ‘plus’ factor in the context of individualized consideration of each and every applicant.” On Thursday, in its statement criticizing the Justice Department, Yale said it takes into consideration “a multitude of factors” in making its admissions decisions.

A North Carolina judge in May cited the Supreme Court precedent that a university “may institute a race-conscious admissions program as a means of obtaining ‘the educational benefits that flow from student body diversity’” in dismissing one of three claims in a similar lawsuit against the University of North Carolina.

The Justice Department said it found Yale’s use of race “is anything but limited.” It said the college uses race at numerous stages of its admissions process, resulting in “a multiplied effect of race on an applicant’s likelihood of admission.” 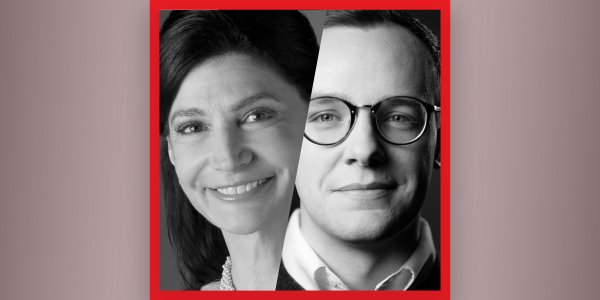 'Sending Teachers and Students Into a House Fire With a Squirt Gun'
Next Up: Editor's Pick