A New HBO Documentary Tells the Story of a Young Black Man Killed in Brooklyn 31 Years Ago. Activists Lament How Little Has Changed Since Then

The tragic events depicted in the documentary Yusuf Hawkins: Storm Over Brooklyn call to mind headlines from 2020: a black man is shot to death by a white mob, precipitating months of civic unrest and protest marches marked by anguish and determination.

But Yusuf Hawkins was shot 31 years ago, in 1989, in the Bensonhurst neighborhood of Brooklyn—and his death tipped a city already plagued by racial turmoil over the edge into violence once more. In his documentary, filmmaker Muta’Ali Muhammad includes scenes from that summer that resonate strongly in today’s climate: a mother’s grief; a politician’s deflection; a communal outpouring; counter-protesters’ racism, both veiled and blatant; clashes with police.

To some activists who were involved in these protests in 1989, the current protests show how far we have come as a nation; to others, the scene looks disappointingly similar. TIME talked to some of these activists for their take on the similarities and differences between movements three decades apart.

The killing of Yusuf Hawkins in 1989 occurred during a tense moment in New York City history. The deaths of Willie Turks, in 1982, and Michael Griffith, in 1986, two Black men who were killed by white mobs, had shocked New Yorkers who might have thought their city was a liberal bastion of integration. That summer, Spike Lee’s Do the Right Thing had called attention to senseless violence enacted against Black communities, especially in Brooklyn.

In August 1989, the Black 16-year-old Yusuf Hawkins traveled from his home in East New York to Bensonhurst, then a largely Italian-American neighborhood, with three friends to look into buying a used car on sale. At the time the group traveled to the area, a large mob of white men had gathered in Bensonhurst with plans to attack a group of African Americans, one of whom was rumored to be dating a white girl they knew. Hawkins and his friends walked into the mob without knowing they were waiting for a Black person to attack. Hawkins’ friends who were with him at the time of the attack recall in the movie that several white men surrounded them, with some carrying baseball bats. Amid the chaos, Hawkins was fatally shot by someone in the group, and the perpetrators dispersed quietly into their neighborhood.

Hawkins’ family, along with the Rev. Al Sharpton, decided to organize protests in Bensonhurst, which were buoyed by groups like the New York City Civil Rights Coalition, and garnered hundreds of supporters. But they were also met with racist vitriol that might have appeared out of step with a progressive image of New York. “We got all these nasty remarks, people holding watermelons, throwing soda,” Amir Hawkins, Yusuf’s younger brother who marched with Sharpton, tells TIME. “I was 14 at the time. We were walking into a danger zone. We were not just locking arms because of unity but just to keep close in case something went wrong.”

Norman Siegel, a white civil rights lawyer who joined protesters marching to demand justice for Hawkins, says that the counter protesters were more dangerous than those he had encountered in the South. “People calling me an N-word lover, throwing objects at us, including eggs,” he says. “Marches in the South, we didn’t have that heckling.” Rev. Sharpton was even stabbed by an angry onlooker and spent several weeks in the hospital recuperating.

When Siegel decided to talk to students in the Bensonhurst community following the killing to interrogate their responses to the protests, he found that their prejudices were deeply rooted. He, along with the Black lawyer Galen Kirkland, began holding classes in the New Utrecht High School—which Joseph Fama, the gunman convicted of killing Hawkins, attended—and found that directly addressing stereotypes allowed students to see how racial tensions form. In particular, Siegel says, they established an open and honest dialogue with students designated as “At Risk”—largely working-class teens who planned to drop out of high school at age 16—by giving them a space to speak about race, connecting racism to broader issues like sexism, homophobia and classism, and dismantling stereotypes. Kirkland’s role surprised the students, Siegel says.

“Galen would always wear a suit; the white students would come to me and say, ‘Mr. Siegel, I never saw a Black guy like Mr. Kirkland,” he says.

Kirkland and Siegel held classes at New Utrecht for 11 years, discussing civil rights history, the origins of stereotyping and peaceful protest strategies with the students. “When you’re establishing a level of trust, it’s gotta be a sustained dynamic,” Kirkland says. “You can’t show up a couple times then disappear. And eventually, it was really inspiring: it affirmed the idea that there were lots of decent people in our city who wanted to make positive change.”

‘We should have learned from the past’

Yusuf Hawkins with his mother Diane Hawkins
Courtesy of HBO

But the great time and effort Kirkland put into reducing prejudice makes him feel even more pained to see the continued violence and discrimination against Black people that has thrust the nation into a new era of protest. “Having worked so hard for so many years, to see where we are today is heartbreaking,” he says. “It’s clear that the change in rhetoric, policies and postures from the very top has exacerbated divisions and made many people feel that what they were doing in terms of attacking other people or asserting hateful positions was being condoned.”

Meanwhile, Siegel points to the widespread segregation that still exists in New York City, both in neighborhood lines and its public school system, which is one the most segregated in the country. “It’s 31 years later and could what happened to Yusuf Hawkins happen tonight in Bensonhurst? Yes,” Siegel says. “Even though we should have learned from the past, the dynamics are very similar. People don’t want you in their neighborhood because you’re different.”

Amir Hawkins hopes the film provides an important history lesson for those who might not be aware of the racist violence his family dealt with in Bensonhurst, particularly younger people watching and taking part in the current wave of protests.

“When they see the film, it’s going to allow them to see that we were dealing with this 31 years ago,” he says. “This is not just something that’s new. Stuff like this has been around.” 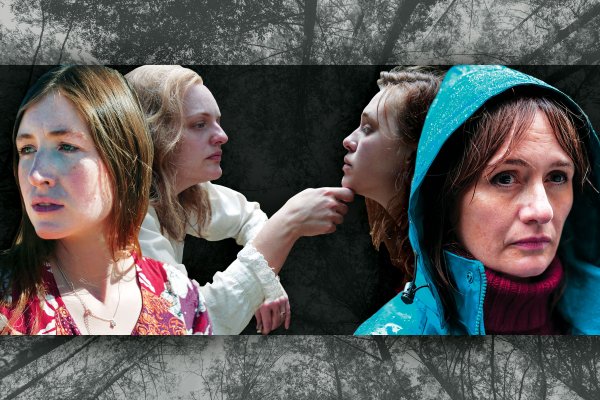 A New Wave of Horror Films About Women’s Deepest Anxieties Is Perfect Viewing for Our Summer of Discontent
Next Up: Editor's Pick