China said it will sanction 11 Americans in retaliation for similar measures imposed by the U.S. on Friday, but the list doesn’t include any members of the Trump administration.

“In response to the U.S.’s wrong behaviors, China has decided to impose sanctions on those individuals who behaved badly on Hong Kong-related issues,” Zhao said. He did not specify what the sanctions would entail.

China last month announced separate sanctions against U.S. officials including Rubio and Cruz, in what was seen as a mostly symbolic attempt to retaliate over America’s steps to punish Beijing for its treatment of ethnic minorities in Xinjiang. Roth was refused entry to Hong Kong in January, after months of pro-democracy protests rocked the city.

Beijing in December had pledged sanctions on some rights organizations hit on Monday including HRW, Freedom House and the National Endowment for Democracy, after President Donald Trump signed a law supporting Hong Kong’s protesters.

The U.S. said Friday that it was placing sanctions on 11 Chinese officials and their allies in Hong Kong, including Chief Executive Carrie Lam, over their roles in curtailing political freedoms in the former British colony.

The others included Xia Baolong, director of the Hong Kong and Macau Affairs Office of China’s State Council, and Chris Tang, commissioner of the Hong Kong Police Force, which has come under global criticism for tactics used against pro-democracy protesters.

Lam was sanctioned because she is “directly responsible for implementing Beijing’s policies of suppression of freedom and democratic processes,” the U.S. Treasury Department said in announcing the sanctions.

Treasury Secretary Steven Mnuchin — who has helped lead months of protracted trade talks with China — said the U.S. “stands with the people of Hong Kong and we will use our tools and authorities to target those undermining their autonomy.” 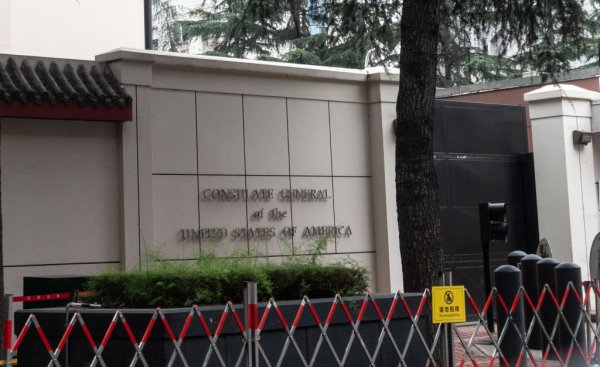 Beijing Orders the Closure of a U.S. Consulate
Next Up: Editor's Pick