Reliance Industries Ltd.’s chairman is now worth $80.6 billion, after amassing $22 billion this year, according to the Bloomberg Billionaires Index. That gives him a bigger wealth pile than France’s Bernard Arnault, whose LVMH Moet Hennessy Louis Vuitton SE has suffered from customers curbing high-end fashion purchases faster than the company can cut costs.

India’s richest person has already surpassed some of the biggest tycoons in recent weeks — a list that includes Silicon Valley titans such as Elon Musk and Alphabet Inc. co-founders Sergey Brin and Larry Page, as well as the so-called Oracle of Omaha himself, Warren Buffett. The three people that still come ahead of Ambani are centibillionaires Jeff Bezos, Bill Gates and Mark Zuckerberg.

While Reliance, a conglomerate with a huge energy empire, was slammed by a slump in demand for oil amid Covid-19, its shares have more than doubled from a low in March as its digital unit got billions in investments from companies including Facebook Inc. and Google.

Ambani has slowly been shifting his focus to e-commerce, with tech giants seeking to take a piece of India’s fast-growing digital business. Google said last month it will spend $10 billion in the coming years to help accelerate the adoption of digital technologies in the world’s second-most populous nation.

Meanwhile, with LVMH shares down this year, Arnault has become the biggest loser among the world’s 500 richest people. His net worth has plunged $25.1 billion to $80.2 billion. 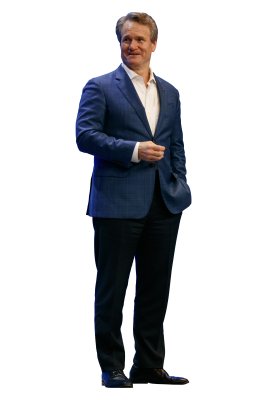 Bank of America CEO Brian Moynihan Is Still Optimistic About the Economy—and the Lure of Cash
Next Up: Editor's Pick