Travel curbs and border restrictions are upending lives around the globe, with some people resorting to chartering planes on their own or paying many times the regular ticket price to get back to their jobs and homes.

Eight months into the pandemic, the push to normalize is seeing some try to travel internationally again, whether for a long-delayed but essential business trip or to return to where they live. Yet with global coronavirus cases surpassing 18 million and rising, airlines are only reluctantly adding flights to their bare-bones schedules, and virus resurgences have some countries imposing new travel rules.

The flight paralysis underscores how deep and lasting the pandemic’s damage is proving to be. The number of international flights to the U.S., Australia and Japan has fallen more than 80% from a year ago, while flights to China are down by more than 94%, according to aviation industry database Cirium.

Travelers have to be creative just to get on a plane. Support groups have sprung up on Facebook and Wechat for those who have been stuck thousands of miles from their jobs, homes and families. Unable to get tickets, some are attempting to organize private chartered flights, while travel agents say they’re having to bribe airlines for limited seats. Others are shelling out for business or first-class tickets, only to be turned away for lack of the right documentation.

“So many people with families are separated, it’s so heart-breaking,” said Ariel Lee, a mother in Shanghai who administers a few Wechat groups of 1,650 members in total trying to get into China. “The toughest part is there are no clear guidelines and there’s no end date to this.”

The hopeful talk of travel corridors and a summer recovery have faded away among airline industry experts, replaced by a consensus that global travel will not effectively re-start before a vaccine is found.

“We are not going to see a material recovery for international travel in the near future,” said Steven Kwok, associate partner of OC&C Strategy Consultants Ltd. “The pandemic also brings about a consequential impact beyond the virus outbreak –- it is causing a slowdown in the global economy, which will hurt travel appetite for a longer term.”

Chris Wells had been stuck in his hometown in Texas for half a year, eagerly looking to return to Guangzhou, a city in southern China where he’s been living and working for more than a decade. International travel to China has been severely limited by the government to stem imported infections, and any seats on flights are snatched up almost instantly.

Wells, 41, a manager in an international sourcing company, searched and searched for a ticket. The only one he could find: an $8,800 one-way, first-class flight from Chicago to Shanghai, via Zurich.

“It was the only seat available,” he said. “I’d normally never pay that much for a ticket, but I was desperate to get back so I grabbed the seat when I found it.”

Cherry Lin, a Shanghai-based travel agent, said her company is having to pay kickbacks to airlines — more than 10,000 yuan ($1,438) per seat — to get tickets on popular routes like those departing from the U.S. and U.K. that they can then sell to customers.

The flight or passenger cap set by many countries largely limits seats, pushing fares up — a ticket for a direct flight from London to Shanghai is currently going for about $5,000, said Lin, but those are quickly purchased.

Additional seats are likely to pop up this month as more airlines resume flights, “but still not enough that everyone can easily buy online,” she said.

Jessica Cutrera, 44, an American who has lived in Hong Kong for more than a decade, was looking to return to the Asian financial center last month when the city suddenly required a negative virus test for passengers coming from high-risk countries including the U.S. She had to show results from a test taken within 72 hours before boarding and fulfill a requirement that travelers present a letter — signed by a government official — verifying that the lab is accredited.

Getting test results within 72 hours was hard enough given that testing is so backed up in the U.S that results usually aren’t available before a week. Then there was the required letter. “I called everybody I could find,” she said. “Most offices and agencies said no, it didn’t make sense to them to sign such a letter.”

Eventually, someone in California agreed to sign. So Cutrera flew from Louisville, Kentucky, to Chicago, and then to Los Angeles, where she had the test done. A few days later, she was allowed to board her flight to Hong Kong, while others trying to get on the same plane were turned away as they didn’t have the proper paperwork.

Cutrera is proving to be one of the lucky ones, as many continue to be in limbo.

Lucy Parakhina, a 33-year-old Australian photographer, had decided to stay in London, where she has lived for two years.

But in June, she started to plan a return trip when her U.K. work visa expired. Though she managed to buy a one-way ticket from London to Sydney for less than 700 pounds ($922) with Qatar Airways, she was bumped from her flight and told it was postponed.

She already left her job in London and gave up her apartment, and won’t have income to stay in the U.K. beyond September. But with a virus resurgence in Australia showing no signs of ebbing and international flights down by 92% to the country, she’s likely stuck for a while.

“Now the only thing I can do is to wait for the easing policies and my flight to depart as planned,” she said. 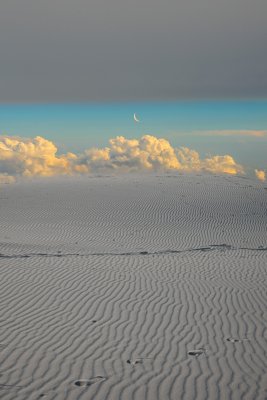 Why We Buy In to the Big Business of Sleep
Next Up: Editor's Pick