To Honor the Victims of Hiroshima and Nagasaki 75 Years on, We Must Lay Down Our Nuclear Weapons

Ban Ki-moon (L) and his wife Yoo Soon-taek (R) lay a wreath at the monument of bombing centre in Peace Park in Nagasaki on Aug. 5, 2010, when Ban was United Nations Secretary-General
AFP via Getty Images
Ideas
By Ban Ki-moon
Ban Ki-moon is former Secretary General of the United Nations and Deputy Chair of The Elders

When the U.S. military first detonated an atomic bomb in the desert of New Mexico in July 1945, the programme’s chief physicist Robert Oppenheimer quoted lines from Hindu scripture: “Now I am become Death, the destroyer of worlds.”

A few weeks later, two nuclear weapons destroyed the worlds of the inhabitants of the Japanese cities of Hiroshima and Nagasaki, on Aug. 6 and Aug. 9 respectively. These attacks heralded the end of Japanese colonial rule and the Second World War, and signaled the dawn of the nuclear age.

More than one hundred thousand people lost their lives as a result of those bombs, including victims of radiation poisoning and related illnesses caused by the fallout. Yet seventy-five years on, we still live in the shadow of those horrendous mushroom clouds.

Reckless policies in the U.S. and Russia risk starting a new global arms race and a collapse of international treaties to limit the spread of weapons of mass destruction. In February next year, the New Strategic Arms Reduction Treaty (New START) will expire — leaving the world’s two nuclear superpowers without a binding agreement on arms control.

We are now closer to global catastrophe than at any time since 1945, according to the Doomsday Clock of the Bulletin of Atomic Scientists in Washington D.C. In January, I was there when the hands of the clock were moved forward to 100 seconds to midnight, nearer to doomsday even than we were at the heights of the Cold War.

I was the first UN Secretary-General to visit Hiroshima and Nagasaki, for the anniversary of the bombings ten years ago. I was deeply moved, particularly when I met the victims and got to know their continued sufferings across the generations. I resolved that no atomic bomb should ever be used again, and that we should do our utmost to make the world free of nuclear weapons.

A decade on we are as far away from that goal as ever. According to the latest report from the Stockholm International Peace Research Institute, the global nuclear weapons stockpile still stands at 13,400 warheads.

2020 should have been a critical year for global efforts to make substantive progress to rid the world of these weapons. Not only did the 75th anniversaries of Hiroshima and Nagasaki offer high-profile opportunities for commemoration, but the Non-Proliferation Treaty (NPT) Review Conference scheduled for April 2020 offered a chance for the top nuclear powers to commit to real progress.

Instead, COVID-19 has muted or canceled global public gatherings, and has put on hold the habitual rhythms and practices of international diplomacy. The NPT Review Conference has been postponed to early 2021, and the UN General Assembly will not take place in physical form this year. This disruption puts an onus on the leaders of the five Permanent Members of the UN Security Council, including the United States, to show initiative and keep momentum going.

I particularly urge Presidents Trump and Putin to extend New START for another five years until 2026. The U.S. has suggested it wants to broaden New START and negotiate a new agreement that would include China. While it is important for China to be engaged in the global disarmament discussion, it is disingenuous to make New START’s extension dependent on Beijing, given that its stockpiles are one-twentieth the size of those of the U.S. and Russia.

It is also unrealistic to think that a complex new arms control agreement could be negotiated and ratified in the next six months, with Chinese participation. The U.S. should instead accept the offer of President Putin and immediately agree to an extension. This would provide time to negotiate a more ambitious successor treaty, and efforts to include China and other nuclear states can be seriously explored at this stage.

More broadly, I hope the coming months will see a revival in the United States of the spirit of multilateralism that its leaders showed when constructing the United Nations and the other pillars of the post-war political and economic order in 1945.

As a former Secretary-General of the United Nations, it has grieved me greatly to observe a sustained and targeted assault on the multilateral system in recent years. This has made it harder for leaders and institutions to respond effectively and save lives, not only in the context of Covid-19 but also in the face of the climate emergency, conflicts and economic inequality.

I deeply regret that the United States has deliberately weakened the multilateral system across several fronts over the past four years: from nuclear non-proliferation and climate change to respect for human rights, free trade and health security. Such a unilateral and isolationist approach weakens the security of the United States and of the whole world.

We owe it to the victims of Hiroshima and Nagasaki, and those who survived to tell the tale, to focus all human ingenuity and expertise on the cause of peace and disarmament. 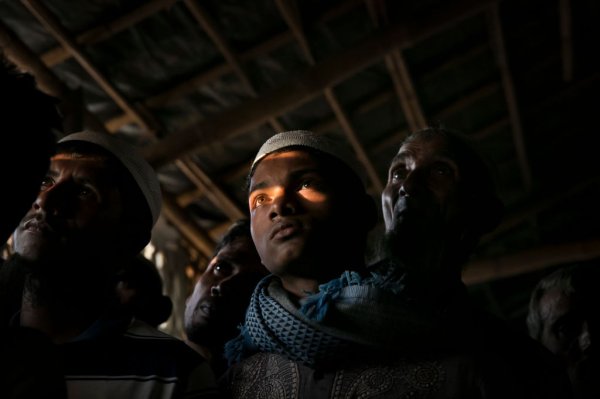 Myanmar Must Allow Rohingya Their Right to Vote
Next Up: Editor's Pick