A teenager who had been reported missing for nine days was found Saturday afternoon by a search and rescue team near the Cascade mountain range in King County, Washington.

18-year-old Gia Fuda’s car had run out of gas and she was reported missing on July 24. She was found west of Stevens Pass on U.S. Highway 2 Sgt. Ryan Abbott, spokesperson for the King County Sheriff’s Office, told TIME. She was found safe, but largely incoherent, up a steep ravine and transported to a hospital.

Fuda was last seen July 24. Surveillance video showed her at a coffee shop in the morning, according to the sheriff’s department. That night, Fuda’s parents reported her missing and hundreds of volunteers helped search for her.

Authorities say they located Fuda just before they were about to start winding down their rescue efforts.

“Honestly, our search was starting to come to an end. We maybe had one more day, we were running out of resources,” Abbott told TIME. “So it was really getting down to the last day or so of searching.”

Authorities struggled to learn more information because the cellphone signal was dead in the area. They found her car, with her purse and wallet still inside.

Finally, on Saturday, authorities say they decided to revisit an area of the mountains based on information about where her cellphone had last pinged. “The search area was so large they were going to try one more area one more time just to make sure they didn’t miss anything,” Abbott says.

Searchers located a notebook and then some clothing, Abbott told TIME. Eventually, he said they stumbled upon Gia sitting next to the creek. “But she wasn’t very responsive,” Abbott says. “We think the only water she had was the creek water so it was good she was able to find the creek.”

The biggest challenge was that authorities were searching across such a large area, Abbott says, and a helicopter used for the search found the brush and trees were too thick to see anything clearly on the ground. “It’s not an area that’s easy to get to,” he said.

Abbott says the search and rescue detective on the case has been “doing this job for a very long time and has found over 4,000 people… This is only the second time he’s found somebody alive after this many days.” 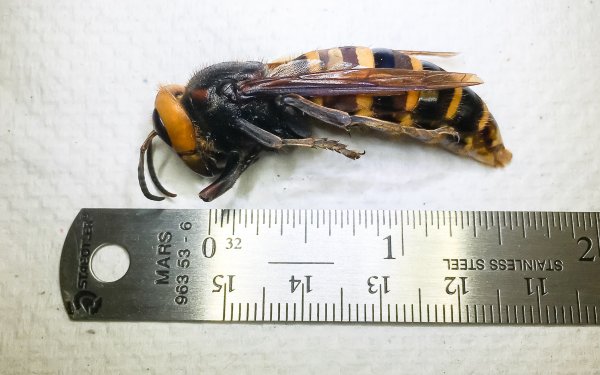