About 7,800 People Ordered to Evacuate Due to Southern California Wildfire

About 7,800 people were ordered to evacuate amidst a wildfire that has consumed 15,000 acres so far in southern California’s Riverside County, officials say.

Nearly 1,400 firefighters from 307 engine companies have been deployed to fight the Apple Fire, which is burning uncontained near the community of Cherry Valley southeast of San Bernardino, the Riverside County Fire Department reported on Sunday. Residents of about 2,586 homes were under evacuation orders as of Saturday evening, Cal Fire and the Riverside County Fire Department wrote on Twitter. A single family home and two outbuildings in Cherry Valley were destroyed in the blaze.

Firefighters arrived on the scene after the fire was reported shortly before 5 p.m. on Friday, the Riverside Valley Fire Department reported. At least two separate fires were found burning near each other on Friday.

The National Weather Service in nearby Los Angeles warned on Twitter Saturday that “valleys, foothills, mountains and deserts” would be at an elevated or even a critical risk of fire due to heat and humidity, as well as breezy wind in areas near the shore. The federal agency added there was “potential for vertical plume growth for fires.”

In recent months, infectious disease experts have voiced concerns that natural disasters could perpetuate the spread of COVID-19, especially in crises that require evacuations and occur in regions where the virus is spreading rapidly, as is the case in California. Fire officials told CNN that they will take steps to contain the spread of the virus among firefighters, including adjusting base camps. 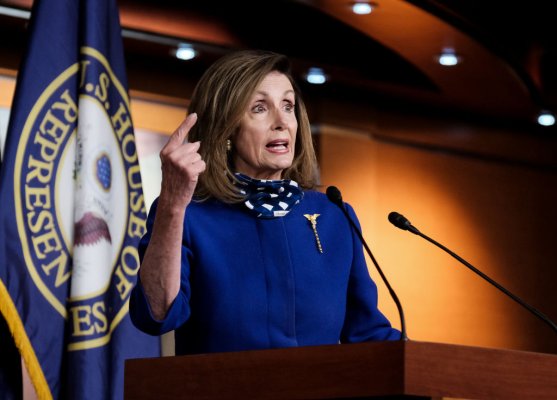 Pelosi Says She Has No Confidence in Dr. Birx
Next Up: Editor's Pick