A plane rests in brush and trees after a midair collision outside of Soldotna, Alaska, on Friday, July 31, 2020.
Jeff Helminiak/Peninsula Clarion —AP
By Madeleine Carlisle

None survived the crash, AST said. Six died at the scene and the seventh person died on the way to the hospital.

AST said troopers were notified of the crash near mile 91.5 of the Sterling Highway at around 8:27 a.m. local time. Most of the wreckage was roughly 200 yard away from the road, and AST, Alaska Wildlife Troopers, Soldotna Police Department, Central EMS, State Parks and the Federal Aviation Administration all responded, officials said.

“This is an unfathomable tragedy for multiple families today. The DPS sends a heartfelt condolence to all who lost a loved one in this mid-air collision,” Alaska Department of Public Safety Commissioner Amanda Price said in a statement on Friday. “Troopers and partner agencies have worked together diligently at the scene and have reached out to next of kin to notify them of this heartbreaking incident.”

The National Transportation Safety Board will conduct an investigation into the cause of the crash, AST said.

Alaska Gov. Mike Dunleavy has ordered flags be flown at half-staff until sunset on August 3 to honors Rep. Knopp.

“The First Lady and I wish to express our heartfelt condolences to Representative Knopp’s family as they mourn his untimely passing,” said Gov. Dunleavy said in a statement. “Throughout his 42 years on the Kenai Peninsula, Gary became well known as an avid outdoorsman, a skilled pilot, and a dedicated public servant. His presence will no doubt be missed by those he faithfully served.”

Lieutenant Gov. Kevin Meyer also tweeted his condolences to the Knopp family, writing: “Marty and I are shocked and saddened to hear of the tragic loss of Representative Gary Knopp. Gary has always gone above and beyond to represent his community and the state of Alaska. He will be greatly missed by many.”

“I’m devastated and shocked to learn of the crash that claimed Gary Knopp’s life,” Alaska State House Speaker Bryce Edgmon also said in a statement on Friday. “Gary was a one-of-a-kind leader and a true Alaskan who worked tirelessly for his district in the Legislature. He will be missed by many.”

Rep. Knopp had lived in Alaska since 1979 and had served in the Alaska of Representatives since 2016, per a biography released by the Alaska House Majority. 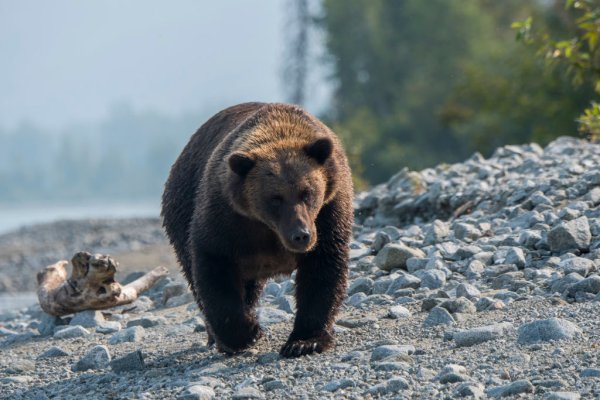