(PONTIAC, Mich.) — The Michigan Court of Appeals on Friday ordered the release of a 15-year-old suburban Detroit girl from a juvenile facility where a county judge sent her for failing do schoolwork and because the teen was a threat to her mother.

The court’s emergency order calls for the immediate release of the teen into her mother’s custody pending appeal or further order by the appeals court.

ProPublica had reported that the girl has been in Oakland County’s Children’s Village since mid-May for violating probation in a case involving allegations of assault and theft.

The girl is being called “Grace” to protect her identity. She was placed on probation in April and, among other requirements, was to complete her schoolwork. Grace, who has ADHD and receives special education services, struggled with the transition to online learning and fell behind.

Oakland County Circuit Court Judge Mary Ellen Brennan initially cited a “failure to submit to any schoolwork and getting up for school” as behind her decision to place the teen in Children’s Village.

But Brennan said at a July 20 hearing in Pontiac that the girl was placed in the juvenile facility because she was a threat to her mother and that police had been called out three times for confrontations between the teen and her mother.

Brennan had said the girl was a threat to the community based on the assault allegation involving her mother in November, according to court documents. The girl also allegedly stole a cellphone from a fellow student at Birmingham Groves High School in Beverly Hills, northwest of Detroit.

The Associated Press left emails Friday afternoon seeking comment from Grace’s mother, who was identified by ProPublica as “Charisse.”

Charisse testified at a hearing in May that the teen was handling her schoolwork more responsibly and that her daughter was behaving, according to the publication.

ProPublica reported that Grace told Brennan during a virtual hearing in April: “My mom and I do get into a lot of arguments, but with each one I learn something and try to analyze why it happened,” she said. “My mom and I are working each day to better ourselves and our relationship, and I think that the removal from my home would be an intrusion on our progress.”

The AP was unable Friday to leave a phone message seeking comment from Brennan because the voice mailbox to her office was full.

Most Popular on TIME
1
Trump Bypasses Congress By Appointing Pentagon Nominee
2
What Do Hurricane Categories Actually Mean?
3
Navy Was Reluctant to Reinstate Greitens – Until Pence Intervened 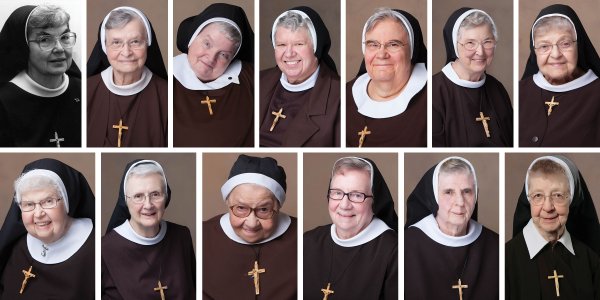