Anti-Racism Activists on Colbert: We Will Protest This Until It Ends

The cross-promotion of more white male celebrities prove it: The entertainment industry has perfected the development of white, cis, straight, male characters. The marginalization of “other voices” — except when those “others” are brought in only to aid in the cheap punch line of a joke — is complete. This is aggression that we do not have to accept. We will protest this until it ends.

Many dismissed the protest we undertook last month with #CancelColbert, a hashtag we set up in response to a blatantly racist Tweet about Asians from the Colbert show’s account.

We think people are surprised to see that their monolithic view of Asian Americans as a model minority is being challenged. We are not the problem. Your stereotypes and narrow roles for us are the problem.

Others wanted to silence us immediately. Young Asian American women, with little institutional power, are not supposed to be this loud. Our voices are not expected to be raised — and when they’re raised, they’ve not meant to travel.

Our age and appearance have led to us being infantilized — and therefore our political ideals have been treated as incoherent and immature. We are accused of being ungrateful sidekicks of honorary whiteness. It is baffling that we would reject this role to instead critique white supremacy.

As women of color, we are rarely heard unless we bend to the conduct codes of whiteness — a way of speaking and operating that massages power. If we reject these politics of respectability, we are easily dismissed and slotted into the crazy/angry Asian archetype.

Our role in mainstream media is the perpetual race commentator — unable to exist in a way that isn’t reactionary and defensive to whiteness. We were only heard when we responded to a beloved white man.

People seem to think that what we’re calling for is fake and overly positive representation of our own minority and others — which would amount to a humorless landscape. That is not what we want.

The irony is that we want complexity, we want nuance, we want critical representations of race, gender, class, sexuality, disability, and more. But we reject the idea of representation being our end goal. We will not mute who we are in order to be accepted into the mainstream. If our liberation is dependent on getting our oppressors to humanize us, then we have already lost.

The main thing we’ve learned from #CancelColbert, and the outcome we now see as Colbert is elevated once again, is that the belittling the voices, activism, and writing of women of color is a profitable venture.

There is so much to gain by correcting us, dismissing us, rewriting our narratives. Duly noted, white, neoliberal heteropatriarchy — we will be sure to march forward with new tactics and strategies. We are not accidental or frivolous; we are intentional and unrelenting. We do not depend on a beloved white man to begin, end, or continue our protest.

This is a distinction between liberalism and radicalism — between reform and the dismantling of structures.

Suey Park (@suey_park) is a writer and activist currently living in Chicago. Eunsong Kim (@clepsydras) is a writer, researcher and educator mostly residing in San Diego. 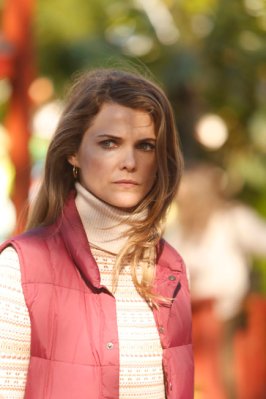 There's a Reason There's So Much Rape on Your Favorite TV Shows
Next Up: Editor's Pick