'They're Not Looking for Us.' Experts Say Sharks Might Mistake Humans for Seals When They Attack

A seal pokes his head out of the water in Casco Bay, on July 30, 2020, off Portland, Maine.
Robert F. Bukaty—ÅP
By PATRICK WHITTLE / AP

(PORTLAND, Maine) — Seals are thriving off the Northeast coast thanks to decades of protections, and that victory for wildlife has brought a consequence for humans — more encounters with sharks.

Seals are a favorite prey of large sharks such as the great white. The death this week of swimmer Julie Dimperio Holowach, who was killed by a great white off Harpswell, Maine, might have happened because the shark mistook her for a seal, authorities said.

Swimmers off the New England states have learned to be more mindful in recent years due to a spate of sightings of great whites, the apex predator made famous in the movie “Jaws.” A shark that killed a man off Cape Cod in 2018 was also believed to be a great white.

“They’re not vindictive or mad or angry or preferring human flesh. They just occasionally make a mistake. And it’s tragic when they do,” said Greg Skomal, a shark specialist with the Massachusetts Division of Marine Fisheries. “As we restore top predators, the potential for these interactions could increase.”

Incidents of shark bites remain vanishingly rare, especially in Northeastern waters. The International Shark Attack File at the University of Florida lists only 10 unprovoked shark attacks off New England, according to records that go back to 1837.

The majority of documented shark attacks in the U.S. happen off Florida, and internationally, warm weather countries such as South Africa and Australia have higher totals than most. But shark bites are rare in those places, too. Australia has been the site of 652 unprovoked shark attacks according to records that go back to 1580, the International Shark Attack File reported.

Shark bites in colder northern waters are not unheard of. A handful have been recorded off Russia, Finland and Washington state. And researchers are seeing more of the great whites off New England, said James Sulikowski, a researcher of Northeastern sharks who is located at Arizona State University.

The greater number of sightings is “unequivocally” because of the resurgence of seals in New England, Sulikowski said. The seal comeback traces to the Marine Mammal Protection Act of 1972, which afforded seals a chance to repopulate after generations of human exploitation.

Grey seals, once hunted with bounties and pushed close to the point of local extinction, are now common sights in coastal Cape Cod. Some people even feel the animals have come back to the point where they pose a nuisance, in part because they draw more sharks.

The sharks aren’t looking for people, but they’re a reason for swimmers to be cautious, Sulikowski said.

“They’re not looking for us. We’re not on the menu,” he said. “But as these predator prey relationships continue, and because they are so coastal, there’s potential for interaction with humans to increase.”

In Maine, marine patrol officers are conducting searches for the presence of sharks in the aftermath of Holowach’s death. The state is restricting swimming at some state parks. And it has sent a clear message to beachgoers — if you see seals, stay away. 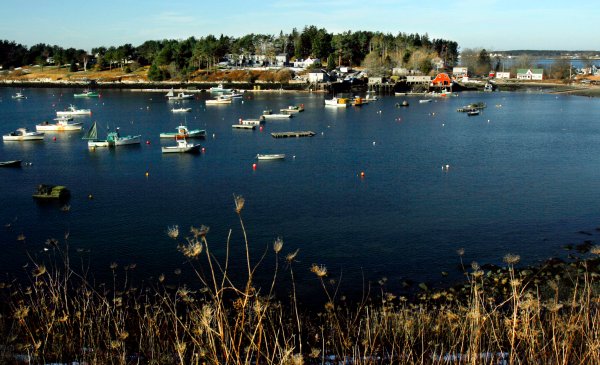