In July, journalist David Romero Ellner died from complications related to COVID-19 while serving a 10-year prison sentence in Honduras on defamation charges. That same month, human rights reporter Azimjon Askarov died in prison in Kyrgyzstan after serving 10 years of a life sentence on fabricated charges. Askarov’s symptoms included fever and inability to walk, but authorities refused to test him for COVID-19.

Ellner and Askarov were among the many journalists still imprisoned around the world despite COVID-19’s ongoing spread. One Free Press Coalition — a collection of nearly 40 news organizations, including TIME—calls for a worldwide release of journalists in detention during the pandemic.

On Monday, the Coalition released its August addition of its month list of the most pressing cases of journalists under attack around the world for pursuing the truth. Read them below, ranked in descending order of urgency:

Eight years without updates regarding American reporter who disappeared in Syria.

This month marks eight years since freelance American photojournalist Austin Tice went missing while reporting on the civil war in Syria. The then-31-year-old had contributed to The Washington Post, McClatchy publications and Al-Jazeera English. Tice’s family believes he is still alive, and the U.S. State Department is also operating under the assumption that Tice is still alive. The F.B.I. has offered a $1 million reward for information leading to his return.

U.S.-Filipino dual citizen Maria Ressa returned to court July 30 for a second cyber libel case, after a June 15 criminal conviction stemming from an article published in 2012. Her privately owned news website, Rappler, had reported about a local businessman’s alleged ties to a former judge. Ressa and her former colleague Reynaldo Santos Jr. were each ordered to pay $7,950 and serve at most six years in jail; all of that is pending appeal. In July more than 70 organizations launched a campaign and petition supporting independent media under attack in the Philippines.

Award-winning journalist Azimjon Askarov died in prison at age 69 in July. Family members had long pled for his release citing deteriorating health, including fever and inability to walk in his final weeks, though authorities refused to administer a Covid-19 test. The human rights reporter had served 10 years of a life sentence, which was repeatedly appealed and upheld, for trumped-up charges that included incitement to ethnic hatred and complicity in the murder of a police officer. He was the country’s only imprisoned journalist and the first killed since 2007.

Amad News manager and activist Roohallah Zam was dealt a death sentence on June 30. He had been working for the popular anti-government news channel on the messaging app Telegram when intelligence agents of the Islamic Revolutionary Guard Corps arrested him last October. They brought 17 charges including espionage, working against the Islamic Republic with governments of Israel, the U.S. and France and spreading corruption which is punishable by execution. His lawyer says they plan to appeal.

5. Agnès Ndirubusa and the team at Iwacu (Burundi)

In June, Burundi courts rejected an appeal in the case of Agnès Ndirubusa, head of Iwacu’s political desk, and colleagues Christine Kamikazi, Egide Harerimana and Térence Mpozenzi. The four were arrested in October while covering clashes in the Bubanza Province for one of the country’s last independent outlets. The court convicted them in January of attempting to undermine state security, fined them each $530 and sentenced them to 2.5 years in prison.

Freelance journalist Svetlana Prokopyeva was found guilty on July 6 of “justifying terrorism” in a brief 2018 commentary about repressive governments radicalizing young people. She described the charges as an “act of intimidation.” A regional correspondent for the U.S. Congress-funded broadcaster Radio Free Europe/Radio Liberty in Russia, Prokopyeva was fined $7,000, her computer and cellphone were confiscated not to be returned, her home was raided and her bank accounts frozen.

Aasif Sultan has been detained for nearly two years without a trial.
Courtesy of Free Aasif Sultan Facebook

August 27 marks two years behind bars for Aasif Sultan, a reporter who was charged months after his 2018 arrest with “complicity” in “harboring known terrorists.” Communications blackouts in Kashmir have repeatedly delayed hearings in the case. Sultan wrote a cover story for the Kashmir Narrator on a slain Kashmiri militant, whose killing by Indian security forces set off a wave of anti-government demonstrations in Kashmir in July 2016. He has been repeatedly interrogated and asked to reveal his sources by police.

After summoning him for interrogation for the 10th time, Moroccan authorities transferred Omar Radi to court and then to a Casablanca prison in July on charges of rape, sexual assault, receiving foreign funding and collaborating with foreign intelligence. A reporter for the independent Le Desk news website, Radi’s arrest comes after authorities repeatedly detained and interrogated him on an array of unrelated charges and allegedly hacked his phone.

Courtesy of Magdy Family
a freelance reporter imprisoned in Egypt on charges of “membership of a banned group” and “spreading false news.”

Freelance reporter Solafa Magdy appeared in court with her husband last month, where she received another 45-day trial extension. She has experienced medical neglect and inhumane conditions alongside her husband in an Egypt prison. The situation heightens her risk of contracting Covid-19, like an Egyptian journalist who contracted the virus and died in pretrial detention in July. Her case has been repeatedly delayed since arrest last November for covering immigration and human rights in Cairo.

In July CPJ submitted a brief to the U.S. Court of Appeals for the District of Columbia calling on the U.S. intelligence community to confirm or deny the existence of documents that may provide information on its awareness of threats to Jamal Khashoggi prior to his murder. Since the Washington Post columnist was brazenly killed inside Istanbul’s Saudi consulate in 2018, the U.S. and UN have not heeded calls for an independent criminal investigation into the Saudi crown prince’s potential involvement. 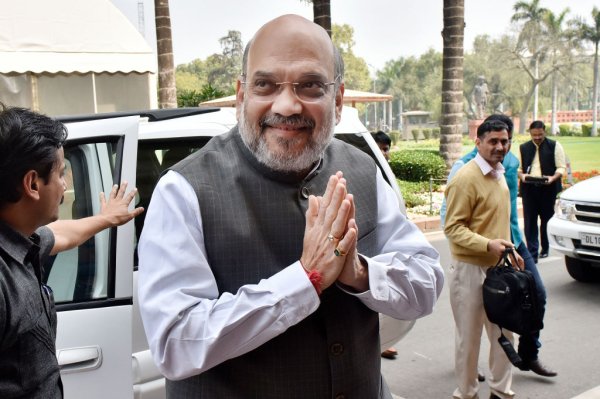