Summer and fall are often the worst time to be a video game fan. Publishers often hold their best stuff til the end of the year, and it’s worse this year, because Microsoft and Sony are hanging on to their biggest games until the Xbox Series X and PlayStation 5 are out this holiday season.

Still, 2020 has already offered an embarrassment of riches for gamers. Here are the best video games of 2020 so far, to tide you over til year’s end:

Doom Eternal ripped and tore its way into our hearts at the beginning of the year and hasn’t been topped since. What makes Doom Eternal so remarkable is that it managed to improve on its predecessor, and in so doing proved the almost 30-year-old franchise is still as vibrant and vital as it was in 1993. You run and gun through hell, splattering demons into bits. What’s not to love?

Doom Eternal is available on the PlayStation 4, Xbox One, and PC.

Virtual Reality is fun, but it’s expensive and, for years, lacked a game that showed off its potential. Leave it to Valve, the developers behind the Steam platform and the genre-defining Half-Life, to develop a video game that could move virtual reality headsets. Half-Life: Alyx isn’t Half-Life 3, but it’s pretty close. It’s a first-person shooter where players have to take cover, aim like it’s real life, and learn to reload their weapon fast. Even all these months later, I’m still thinking about it.

Half-Life: Alyx is available on the PC and requires a VR headset.

Final Fantasy VII Remake is available on the PlayStation 4.

The Last Of Us Part II

The Last of Us Part II might be 2020’s most controversial video game, both revolutionary and unbearably grim. On its surface, The Last of Us Part II is just a third-person action adventure game with a strong story and incredible combat. But under that surface is an epic story about the cycles of violence that trap communities in multi-generational conflicts. It takes bold risks that most big-budget video games never would. It does this while still being fun to play, if not always fun to watch. But sometimes, that’s the point.

The Last of Us Part II is available on the PlayStation 4.

After its release, it felt like Animal Crossing: New Horizons took control of the internet. Trapped in our homes during the early days of quarantine, many of us used the promise of life in a virtual tropical paradise as an escape. It was exactly what we all needed at that moment. Animal Crossing: New Horizons is still there, waiting for us to enjoy its beaches and simulated island life. Nintendo has kept the updates coming and Tom Nook is always ready to sell you a vacation package.

Animal Crossing: New Horizons is available on the Nintendo Switch.

Ghost of Tsushima is video game comfort food, like Assassin’s Creed if Assassin’s Creed had a better story, tighter combat, and unique style. It’s a game where stalking the shadows and killing your enemies with bombs and poison is dishonorable, but much easier than facing them head on. Its simple beauty, striking colors, and elegant story set it apart from its competition.

Ghost of Tsushima is available on the PlayStation 4.

Carrion lets you become the monster. Trapped in a lab somewhere, a biomass escapes captivity and begins to wreak havoc on its human captors. It’s a 2-D side scrolling game similar to Castevlania or Metroid where you get new powers to unlock different parts of the map. But in this game, you’re not the hero, you’re a tentacled monster that eats people to regain health.

Carrion is available on the Xbox Box One, Nintendo Switch, and PC.

If you love Twin Peaks, then you’ll love Kentucky Route Zero. This point-and-click adventure game was first released episodically starting in 2011, but the 2020 edition packages it all together and remasters it for the TV. Kentucky Route Zero tells the story of a truck driver who’s out to deliver a box of antiques and ends up taking a road trip into the heart of the mythic and haunted American landscape. If you’re looking for something a little different, this is it.

Kentucky Route Zero TV Edition is available on the Nintendo Switch, Xbox One, PlayStation 4, and PC. 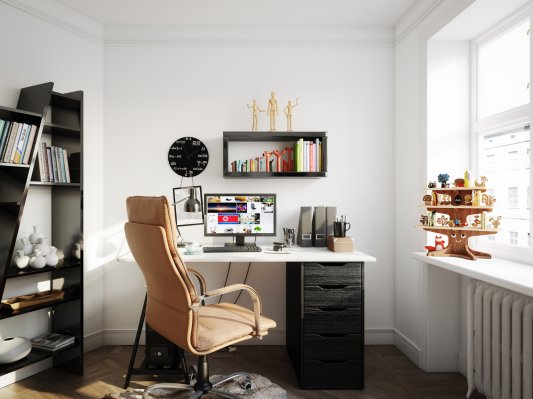 Everything I Learned in My Quest for a Better Work-From-Home Chair
Next Up: Editor's Pick