Jorge Alfaro #38 of the Miami Marlins reacts with manager Don Mattingly #8 after hitting a solo homer in the third inning against the Atlanta Braves during an exhibition game at Truist Park on July 21, 2020 in Atlanta, Georgia.
Kevin C. Cox—Getty Images
By Sean Gregory

As of Tuesday morning, the Miami Marlins were still scheduled to play a baseball game against the Baltimore Orioles on Wednesday night in Baltimore. That game was originally scheduled to take place in Miami, a pandemic hotspot. But after a COVID-19 outbreak struck the Marlins—as of Tuesday, at least 17 players and coaches have tested positive—the game was shifted to Charm City. Two games in the four-game series, which was originally slated to start Monday, had already been postponed.

But going forward with the series at all, says Emory University epidemiologist Zachary Binney, would have breached basic medical ethics. “Irresponsible, dangerous, reckless, stupid, uncaring, greedy, selfish,” says Binney. “All of those words are appropriate.”

The Miami Marlins paused their season on Tuesday; they won’t play any games at least through next Sunday. Baseball finally made a right call.

A mere five days into the start of baseball’s truncated 2020 season, COVID-19 managed to expose the flaws in MLB’s plans. Many North American sports leagues, including the NBA, WNBA, MLS, NWSL, and NHL, are requiring all players and staff to sequester in one place—to enter so-called safety “bubbles”—in order to return to play. So far, these models have seemed to help prevent major outbreaks: the NBA, which is set to tip-off its season restart on Thursday, recently announced zero positive tests within its Orlando bubble. On Sunday, the NWSL was able to crown a champion, the Houston Dash, after a month-long tournament held in Utah (one team, the Orlando Pride, decided to skip the event after an outbreak of positive tests among its players in June). The 24 NHL teams still fighting for the Stanley Cup have just arrived in two “hub cities,” Toronto and Edmonton, where the rest of the season will play out. The NHL administered 4,256 tests to more than 800 players between July 18 and July 25, they all came back negative.

“The real difference,” says Binney, “seems to be bubble versus no-bubble.”

So while hockey is bubbled up in a country, Canada, where the daily new COVID-19 caseload peaked in May, baseball players are still living at home in their communities, and traveling from city to city, in a country where the pandemic is largely worsening. Canada, for one, isn’t risking importing new disease from the U.S.: after officials in Ottawa refused to allow baseball players to skip a mandatory 14-day quarantine for visitors, the Toronto Blue Jays temporarily relocated to Buffalo.

“I totally understand that having players be at home with their families is good from social, emotional perspective,” says Binney. “But the more contact you have with members of your community, the more there’s a chance for the disease to spread among players in your team, and to other teams, and to other communities. If you’re tying to play in communities with a lot of cases, you’re going to have outbreaks in your sport.” In places like South Korea and Germany, baseball and soccer returned without bubbles. “But those countries were successful in controlling the virus,” Binney says. “We emphatically have not been.”

Not only does baseball’s plan risk furthering the spread of COVID-19 to cities around the country, tests are being administered every other day, and it can take as long as 48 hours to process them in labs in New Jersey and Utah. These lags present all kinds of problems. A player could be infected a day after taking a test, meaning he could continue to play, or travel to another city, while unknowingly carrying the disease. Because COVID-19 can take days to incubate, such a player could keep testing negative on the next round of results, further delaying his removal from games.

In a group chat Sunday, Marlins players decided to play that evening’s game in Philadelphia, even though starting pitcher Jose Urena had tested positive (needless to say, the league and health officials, not players, should have been the most powerful voice in making this call). The next day, the Marlins saw a slew of more positive tests. Since Marlins players could have infected players in Philadelphia, four games between the New York Yankees and the Philadelphia Phillies, in Philadelphia, have also been postponed; the Yankees will play in Baltimore on Wednesday and Thursday instead.

“What alarms me most is the speed through which COVID-19 ripped through the Marlins clubhouse,” says Binney. “I did not think it could move through a baseball team that quickly. It’s really alarming, off the charts worse than I ever expected.” He says he’d be “shocked” if the Marlins outbreak doesn’t ultimately spread to other teams. (MLB says that in over 6,400 tests conducted since Friday, July 24th, there have been no new positives of on-field personnel from any of the other 29 teams.)

Baseball’s early COVID-19 outbreak does not bode well for other sports without bubble plans, particularly football. Many college football players who’ve returned to campus this summer for workouts have tested positive for the virus. Despite the financial pressures to keep college football afloat this fall—at many schools, the enterprise helps subsidize other sports, as well as coaches and administrators’ lavish salaries—further spikes among teams and communities could derail plans to hold a season. Meanwhile, NFL training camps are already underway. Football teams carry even bigger rosters than baseball, meaning an outbreak could impact many more players overall.

Since NFL teams won’t at this point won’t be able gather in one place for a bubbled season, Binney offers a sort of compromise between a full bubble and the riskier baseball model: the “home market bubble,” in which teams in each NFL city agree to sequester in a hotel for five months. Arrangements could be made for limited numbers of family members to join them. Even with strict testing protocols, traveling to road games could carry some risk. But teams could do their best to limit contact to the outside world on these trips. So ideally you’re assured, as much as possible, that COVID-free players are blocking and tackling each other on the field.

“That might be the only way to do it,” says Binney, “given the amount of virus in this country.” 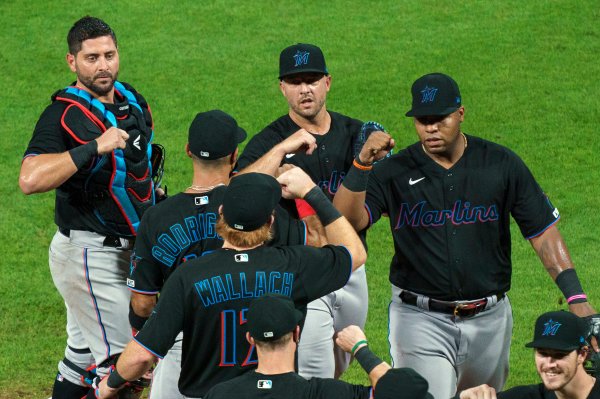